THE FIRE Industry Association (FIA) has launched a new survey centred on the Internet of Things (IoT) in a bid to determine who in the fire industry is working on the IoT, how they’re working to implement it, what barriers they’re facing in doing so and how the FIA can help the industry overcome those issues. 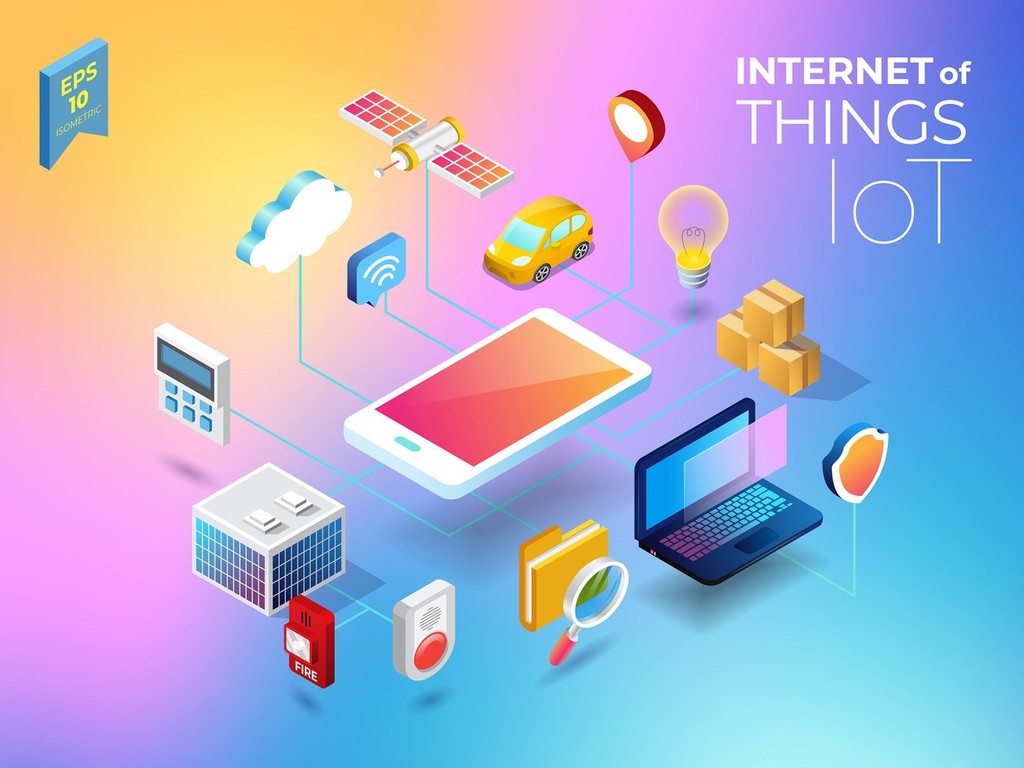 Put simply, the IoT is a system of interrelated computing devices, mechanical and digital machines provided with unique identifiers and harbouring the ability to transfer data over a network without requiring human-to-human or human-to-computer interaction.

Through time, the definition of the IoT has evolved due to the convergence of multiple technologies, real-time analytics, machine learning, commodity sensors and embedded systems. Traditional fields of embedded systems, wireless sensor networks, control systems, automation (including building automation) and others all contribute towards enabling the IoT.

In the consumer market, IoT technology is most synonymous with products pertaining to the concept of the ‘smart home’, including devices and appliances (eg lighting fixtures, thermostats, home security systems and cameras) that support one or more common ecosystems and can be controlled via devices associated with that ecosystem (most commonly smart phones and smart speakers).

Some commentators have expressed concern about dangers related to the growth of the IoT, especially so in the areas of privacy and security. As a consequence, Government and industry alike have begun to address these concerns in detail.

Delivered on the popular Survey Monkey platform, the FIA’s multiple choice-style survey asks key questions of practitioners, including what the IoT means to them and what areas of the IoT they believe to be most important to their organisation (and, by extension, to the fire industry as a whole).

Whether or not organisations are working on IoT-focused projects (and if not, why) are further questions posed in the survey, while the FIA is also keen to ascertain what companies are trying to achieve through the IoT when it comes to their own specialist area of the fire sector.

How are companies developing IoT-related projects and who needs to be more involved in order to assist in rendering the IoT more effective, prevalent and valuable in specific areas of the fire safety industry? Crucially, the FIA also wishes to determine where it should focus its IoT-centric support for companies.

There are 21 questions to answer which should only take participants a few minutes. Fire Safety Matters urges our readers – notably so those who are member companies of the FIA – to take part. In doing so, you’ll be actively helping to shape the future direction of the sector.

Speaking about the survey, FIA CEO Ian Moore stated: “After the success of our Impact of COVID-19 on the Fire Industry Report, we delved deeper with our members to identify the next area about which they would like a better understanding. It’s clear from these conversations that our members are keen to better understand the IoT and how it relates to the fire safety industry. This is why we’ve launched the survey to begin that education process.”

Moore continued: “To me, this is an incredibly exciting prospect because of the IoT’s potential to transform the fire industry as we know it. When a human or a machine is making informed decisions, data is everything. The more data we have, the more robust the decision can be. In addition to this, there are now multiple methods for annunciating information such as alarm messages sent to mobile phones and individuals’ computer monitors. Planned maintenance can be more precise based on environmental conditions and performance criteria, etc.”

Further, Moore stated: “I have personally been lucky enough to lead a number of innovative teams over the years and, in conjunction with my colleagues, won the coveted Queen’s Award for Innovation for work on bringing video smoke detection to the mass market back in the 1990s. It took years of hard work to have that solution accepted as a viable option in the arsenal to effectively detect fire. There are clear parallels between video smoke detection in the 1990s and the IoT of today.”

According to Moore, the first step in enabling the IoT to be used is to investigate the current knowledge of members and the wider industry to see where the IoT can be used now and what needs to be done to make its implementation acceptable to the fire safety industry as a collective.

In conclusion, Moore informed Fire Safety Matters: “I will always support the development of anything that helps to increase the level of protection needed to make people safer from the risk of fire.”