FIRE AND Rescue Services across England have been praised in the latest ‘State of Fire’ Report, including for their ability to respond to a broad range of emergencies with commendable skill and professionalism. The report also highlights that staff are committed to protecting local communities. 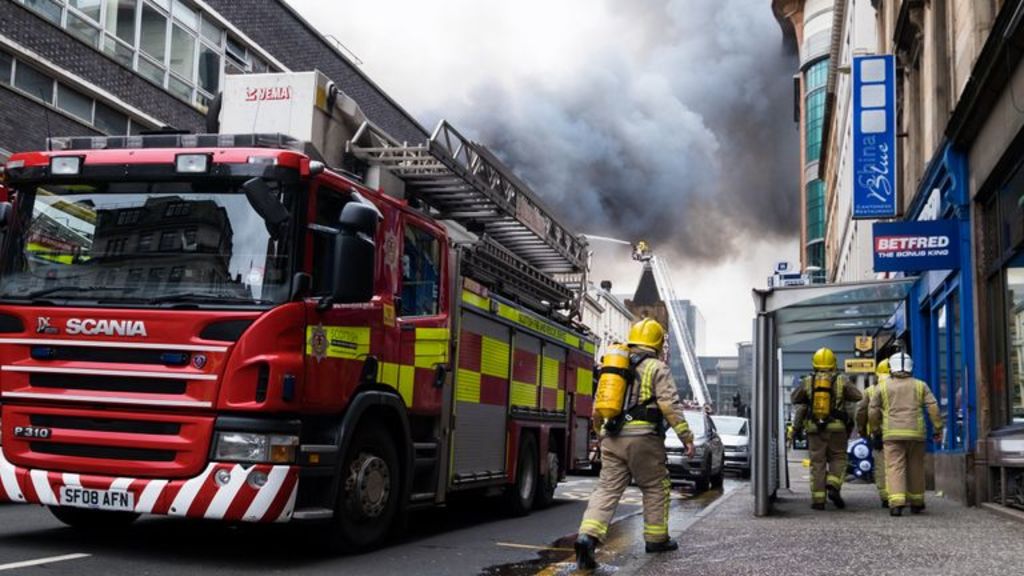 Her Majesty’s Inspectorate of Constabulary and Fire and Rescue Services (HMICFRS) finds that Fire and Rescue Services have risen to the challenges of the pandemic. The Inspectorate welcomes the proposed changes deemed necessary to improve fire and building safety and also notes that progress has been made when it comes to introducing a Code of Ethics.

The document’s author, namely Sir Tom Winsor (Her Majesty’s Chief Inspector) states that “it’s not a sector which is standing still” and that it’s “encouraging to see Fire and Rescue Services responding constructively to last year’s report”.

Commenting on the report, the National Fire Chiefs Council’s (NFCC) chair Roy Wilsher observed: “I’m incredibly proud of everything Fire and Rescue Services have achieved, with a particular emphasis on how staff rose to the challenge and undertook the incredible work related to the pandemic. I’m pleased to see the HMICFRS report recognises this, the professionalism of staff and the NFCC’s own national role to make this happen.”

Wilsher continued: “Quite rightly, the report also acknowledges that Fire and Rescue Services are not standing still, with progress being made in many areas. This is all supported and underpinned by the NFCC’s national programmes of work. For example, I’m pleased that the report praises the NFCC’s inclusion strategy and our online platform to disseminate information and Best Practice across the UK’s Fire and Rescue Services.”

Failure of the system

Protection is a key focus of the NFCC’s work, with a dedicated national team working on that issue in conjunction with Government and the fire sector. This is both in response to the Grenfell Tower tragedy and subsequent Government building safety reviews. According to Wilsher, the failure of the Building Regulations system is abundantly clear, yet it’s imperative that the consequences of this are not placed at the door of the Fire and Rescue Service.

The HMICFRS has asserted that significant reform is needed, both locally and nationally, which echoes the findings of last year’s. They have identified areas for improvement which include lack of race and gender diversity, a necessary change in the law to give chief fire officers operational independence and the belief that Government allocation of funding should be reviewed. HMICFRS also suggests that strong leadership is needed to shape the future of the service.

Addressing these areas of concern, Wilsher said: “I agree there are areas where improvement and reform is required. However, much of this cannot be achieved by chief fire officers and Fire and Rescue Services in isolation. That belief is echoed by the report which states that the sector ‘needs clear national direction’. We support the call for reform which needs a measured, resourced and co-ordinated approach. It is part of a much bigger picture which includes Government and a range of other stakeholders and partners playing a vital role. I’m particularly interested to see how the forthcoming Government Fire Reform White Paper will help to shape this.”

While this year’s ‘State of Fire’ Report recognises that Fire and Rescue Service staff “worked exceptionally hard to help their communities in different ways throughout the pandemic”, it highlights that the tripartite agreements in place for agreed additional activities were too prescriptive, with deployment decisions sometimes being unnecessarily delayed.

These difficulties are further represented by the view that the mechanism (ie the National Joint Council) for pay, Terms and Conditions is “failing” and acting as “a barrier to change”. The NFCC is involved in a project exploring this issue, working with the Local Government Association and the Home Office.

Wilsher noted: “The NFCC has a number of national programmes of work underway which will help to address the issues raised. We have programmes on leadership, people, digital and data plus risk. These are all well developed and will focus on delivering improvements for staff, Fire and Rescue Services and most importantly, communities right across the UK.”

Gender and race diversity are key themes in the ‘State of Fire’ Report, which makes clear that no Fire and Rescue Service is near having a workforce representative of its community. It’s an issue that demands to be tackled. The NFCC agrees that diversity is a central component of a great Fire and Rescue Service. Fire and Rescue Services across the country are working tirelessly to improve inclusivity and clearly show through recruitment, retention, staff development and all processes that they offer a great career for everyone and anyone.

Although there are no new recommendations, new dates have been set for the six recommendations already in place and those dates take account of the impact on progress due to the pandemic.

*The Home Office, the Local Government Association, the NFCC and Trade Unions should consider whether the current pay negotiation machinery needs fundamental reform. If so, a plan for reform should be established and an independent pay review body considered. This should also include consideration of the future of the ‘Grey Book’ and whether it should be replaced with local contracts

*The Home Office should consider the case for legislating to give chief fire officers operational independence. In the meantime, it should issue clear guidance, possibly through an amendment to the Fire and Rescue National Framework for England, on the demarcation between governance by the Fire and Rescue Authority and operational decision-making by the chief fire officer

*The NFCC, along with the Local Government Association, should produce a Code of Ethics for the fire sector. The Code of Ethics should be adopted by every Fire and Rescue Service in England and considered as part of each employee’s progression and annual performance appraisal

*The sector must achieve greater consistency across several key areas, including identifying and determining risk, defining what constitutes a high-risk premises for the purposes of protection and how to consistently identify and measure response standards. The NFCC operates an established national Community Risk Programme which supports the recommendation to identify risk and vulnerability. This is one of the NFCC’s strategic priorities