The National Fire Chiefs Council was formed in 2017. Roy Wilsher served as chair for the organisation’s inaugural four years before deciding to step down and here, for the readers of Fire Safety Matters, reviews progress made to date as, in parallel, Mark Hardingham begins his own tenure in this key role 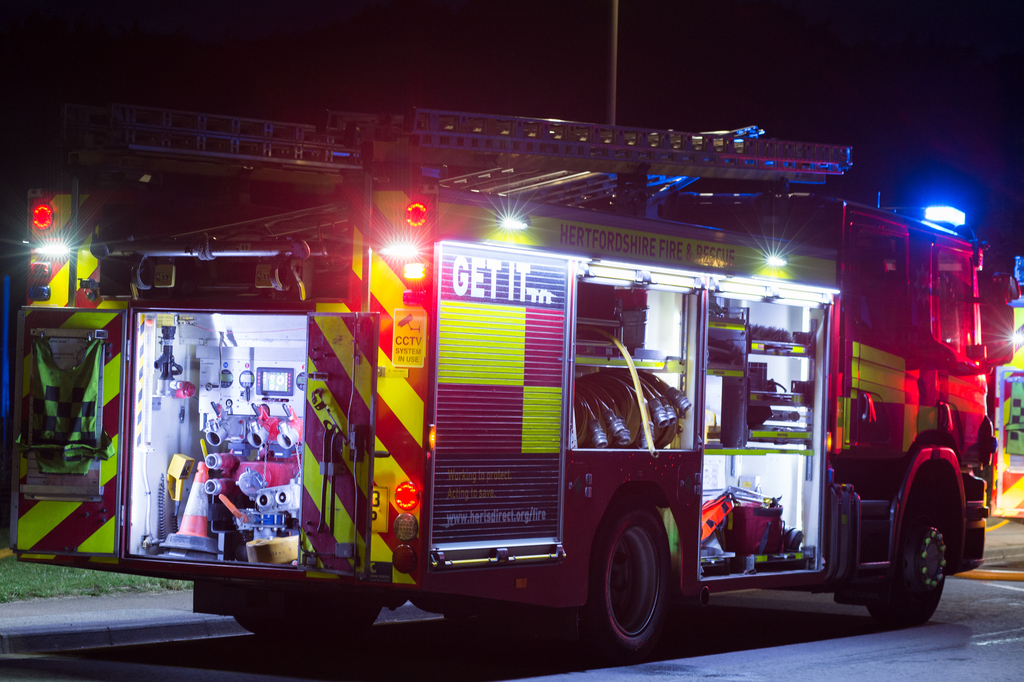 WHERE HAVE the last four years gone? Come to think of it, where have the last 39 or so years gone? I can still distinctly remember going through the selection process for the London Fire Brigade back in 1981. Carrying someone of similar weight on my shoulders for 100 metres, inhaling and expanding my chest for two inches, displaying 20/20 vision, learning short dictation and completing some maths tests and I was through, joining the Brigade in November of that year. ‘Under Pressure’ by Queen and David Bowie topped the charts at the time. A fitting song for what lay ahead.

Many of you will know that I was a Chief Fire Officers Association (CFOA) Board member and trustee for six years serving as director of operations, so I had a full hand in the Board meetings that established the National Fire Chiefs Council (NFCC) in consultation with CFOA members. As a Board, we had often talked about the size and complexity of the president’s job, especially when it was only for one year in office. Although there was a two-year run-in as vice-president and vice-president elect, we pondered on the benefits of having a full-time president.

Following (then) Home Secretary Theresa May’s reforms of the police service and the Association of Chief Police Officers, the formation of the National Police Chiefs Council and her subsequent speech on fire reform in 2016, we felt that the time was right for change.

You might recall that May’s 2016 speech, followed up a speech given by the (then) Fire Minister Brandon Lewis, was built on three pillars of reform: efficiency and collaboration, transparency and accountability and workforce reform. This agenda included professional standards, an inspectorate and the possibility of Police and Crime Commissioners taking on the governance aspects of Fire and Rescue.

The considerations behind creating a full-time chair position – and an NFCC that engaged all fire chiefs in decision-making and policy positions – underpinned the next steps in making our association more professional, more colligate, more consistent and more influential in terms of professional and technical advice.

The more we discussed the aims and objectives of establishing the NFCC, the more I thought the chair’s role to be the sort of simulating challenge that interested me. One in which I could continue my aim of helping to improve the Fire and Rescue Service and realise the best outcomes for our diverse communities. Standing for election in 2016, I was successful and started to work in shadow form in early 2017, with the official beginning of the NFCC in April of that year.

As we started to establish the NFCC, I was the only employee of CFOA. I had a chief of staff, Steven Adams, for 50% of his time. The National Operational Guidance Programme (NOGP) still had a year to run and, under TUPE, the CFOA staff who wished to remain with the organisation were transferred to the support hub situated in the West Midlands Fire Service. We asked all fire chiefs to sign a set of operating principles for our new way of working. All but one did so. The professional fees were paid to ensure a 100% sign-up of UK Fire and Rescue Services to the NFCC. That remains the case today.

Our aim in the first year was to establish the NFCC, work on its internal structures, complete the strategy and put into place a fit for purpose planning, budget and performance structure. We wanted to complete the NOGP and create a Central Programme Office that would oversee those programmes developed from our new strategy: Community Risk and People and Digital (later renamed Digital and Data).

In my inaugural speeches I set out some personal and organisational objectives: to maintain a professional Fire and Rescue Service in the face of any governance changes, to be the go-to organisation for technical and professional fire-related advice, a commitment to openness and transparency, to be bold and ambitious while being collective and supportive, to remain a UK-wide organisation and to have a second chair. Those objectives have been achieved, but it hasn’t been easy.

Less than three months after the official launch of the NFCC, the Grenfell Tower tragedy occurred. As with many of the disasters and significant events in my career, it started with a phone call. The Paddington rail crash, Harrow Court, the A1(M) and Buncefield all started with a single phone call. So did Grenfell when Dan Stephens rang to tell me what was happening.

In the early hours of the morning I managed to speak to Dany Cotton (then Commissioner of the London Fire Brigade) and offer support. She had real concern for the residents, their families, the firefighters on location and the structure of the building.

Later that morning I was with the (then) Fire Minister Nick Hurd and Housing Minister Alok Sharma. It was the first day in the job for them both. Days, nights and weeks were consumed by the aftermath, with much concern for other buildings across the UK. It’s an aftermath and impact that continues to this day. My own response included attending 12 COBR meetings, plus all of the pre-meetings and after-meetings with politicians and officials to provide professional and technical fire service advice.

Fire and Rescue Services received some outlandish requests. One such came from West Yorkshire. Had I seen the order from the NHS for Fire and Rescue Services to inspect all NHS buildings in a day? Little did we know then that we would uncover the depth of building safety failure across the nation. I was asked to join the Independent Expert Advisory Panel for six months in July 2017. Again, that remains in place to this day.

The Phase One Inquiry recommendations continue to shape our services, while the Phase Two revelations continue to shock us. I have the greatest sympathy for those leaseholders caught in buildings with non-compliant external wall systems or a complete lack of compartmentation. It’s not their fault and they should not have to pay to have these failings rectified. I led a push from NFCC to have some relevant research conducted into the evacuation of high-rise residential buildings. I’m glad to say this has progressed, although at a slower place than I would wish for.

Grenfell Tower wasn’t the only event to impact the work of the NFCC and Fire and Rescue Services. London Bridge, Westminster, Finsbury Park and other terror attacks in London and elsewhere – including the MEN Arena bombing in Manchester – have all shaped our services and our response.

There’s something wrong when the response to marauding terrorism is still officially stuck in the mechanism of the National Joint Council (NJC). My belief is that response to terrorism is what we do. It’s what we’ve always done. It’s an operational matter that should be unrestrained by discussions around firefighters’ Terms and Conditions.

Yes, the right training, equipment and procedures need to be in place. Indeed, I believe they already are. Yes, anyone responding should be covered by all of their employment rights. This has been confirmed many times. Yes, I believe firefighters and others should have decent pay. However, I also believe that whether we help save lives or not should absolutely not be the subject of pay negotiations.

In many ways, early last year we had the biggest impact of all: the COVID-19 global pandemic. What a difficult and challenging time it has been since March 2020. I said last October that I might leave office without seeing another fire chief face-to-face. Aside from time with Rod Hammerton before laying a wreath at the cenotaph on Remembrance Sunday, that prophecy sadly came to pass.

I’m extremely proud of the way in which Fire and Resuce Services and their staff have responded to this awful pandemic. The work to serve their communities, the low absence rates and the commitment to save lives has been outstanding and in the finest traditions of what it is we do.

To date, Fire and Rescue Service staff have administered more than 110,000 vaccinations. That’s around one in every 250 of all vaccinations given in the UK to date. A fantastic achievement. Of course, there was the tripartite agreement between the NFCC, the employers and the Fire Brigades Union. The agreement started out with best intentions, using a framework that enabled COVID-related activities, but these became too prescriptive. It took too long to negotiate whether one of the parties agreed an activity to be appropriate. The Fire and Rescue Service response since the end of the NJC agreement has been at pace and nothing short of immense.

There have been many other achievements. The NFCC’s work with the Local Government Association on our best-ever Spending Review submission, our Leadership Framework, supporting the issue of the new Fire Standards, working well with Her Majesty’s Inspectorate, completing the NOGP, the Building Risk Review and installing enough confidence in the Home Office for it to be comfortable with investing millions of pounds into the NFCC to help improve Fire and Rescue Services and put communities first.

Roy Wilsher is Immediate Past Chair of the National Fire Chiefs Council (www.nationalfirechiefs.org.uk)