A LANDOWNER who allowed two men to set up an illegal waste wood recycling business in the Devon countryside has been ordered to pay a total of £12,850 in fines, costs and compensation at Exeter Crown Court. 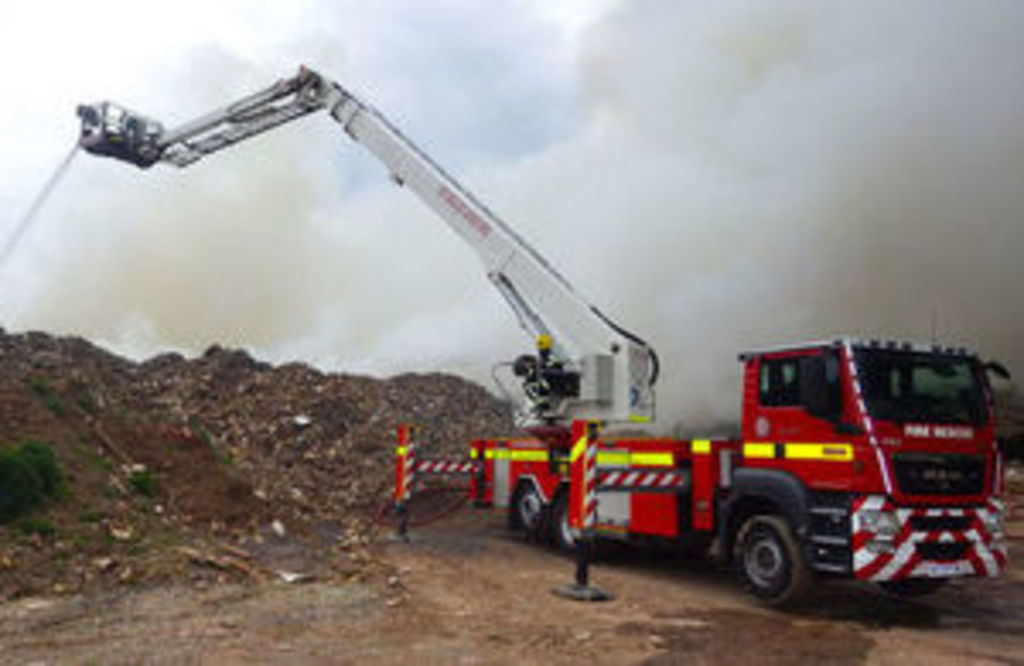 The prosecution was brought by the Environment Agency.

In 2015 local businessman Anthony Joyner leased part of Cockwells Nursery near Totnes to Steven Loveridge and David Weeks who started a new business, Woody’s Recycling, at the site. Material arrived, but none ever left, resulting in a huge stockpile of waste wood, much of which was later destroyed in a massive fire.

Loveridge and Weeks, both directors of Woody’s Recycling, were sentenced earlier this year at separate hearings. Loveridge was responsible for the day-to-day operation of the business and Weeks acted as consultant and helped set up the new enterprise.

A court heard how the quantity of waste brought to the site, a disused plant nursery, far exceeded the amount allowed (1,000 tonnes) under the site’s waste exemption. Although the waste was mainly wood, other materials including mattresses, plasterboard, plastics and metal were also deposited at the nursery.

Anthony Joyner was a joint landowner and used part of the waste recycling area to run a logging operation to produce firewood. He also arranged for the operators to bring in a large number of tree stumps from another site for processing.

In early 2016, Anthony Joyner locked the gates to the recycling centre after Steven Loveridge was sent to prison for an unrelated offence. With staff unable to gain access, the business ceased trading, leaving approximately 10,000 tonnes of waste wood, plus around 3,000 tonnes of tree stumps at the site.

In April 2016 the defendant approached another recycling company to see if it was interested in the stockpile of waste wood. He was told the waste was of poor quality and had little or no commercial value and could cost up to £750,000 to remove.

On 16 May 2016 the Environment Agency received a report from the fire service that it was tackling a massive wood fire at Cockwells Nursery. The blaze covered an area approximately the size of a football pitch and burned for 5 days. A witness who lived nearby described having to shut his windows and remain indoors for 2 days to avoid the smoke and ash.

Joyner said he was paid a monthly rent of £1,500 by Loveridge and Weeks. He admitted moving some of the waste wood himself to different parts of the site despite the risk of a fire/combustion. Loveridge and Weeks had earlier assured him they had obtained the necessary permits for the type of waste operation they were running.

The movement of waste must be recorded using transfer notes. There was no audit trail for most of the waste wood at Cockwells Nursery, but the Environment Agency managed to obtain waste transfer notes from local companies that accounted for 1,075 tonnes of material.This proved the site’s exemption limit of 1,000 tonnes had been exceeded and the business was operating illegally.

Adrian Evans of the Environment Agency said, "This case is another example of the damage illegal waste sites can do to the environment. We need everyone to work together to prevent waste being mismanaged in this way.

"Waste producers need to check they are sending waste to legitimate sites and landowners need to ensure their sites are not used for illegal waste operations."

Appearing before Exeter Crown Court, Anthony Joyner, of Dundridge Lodge, Totnes was fined £3,600 and ordered to pay £5,000 costs after pleading guilty to knowingly permitting the keeping of controlled waste on land in respect of which no environmental permit was in force, in a manner likely to cause pollution of the environment or harm to human health, an offence under the Environmental Protection Act 1990.

Joyner was also ordered to pay the Devon and Somerset Fire and Rescue Service £4,250 compensation.

The Environment Agency is also taking action against Joyner for the clearing up of the site. A hearing is due to take place next month.

In separate hearings before Plymouth magistrates earlier this year, Steven Loveridge was given a 6-month prison sentence after he pleaded guilty to operating an illegal waste operation at Cockwells Nursery, Higher Plymouth Road, Blue Post near Totnes, an offence under the Environmental Permitting Regulations 2010.

David Weeks was fined £9,553 and ordered to pay £1,767 costs by Plymouth magistrates on 21 August 2018 after pleading guilty to a similar offence.