FIREFIGHTERS HAVE left the scene of a large fire at Recresco in Ellesmere Port after 22 days. 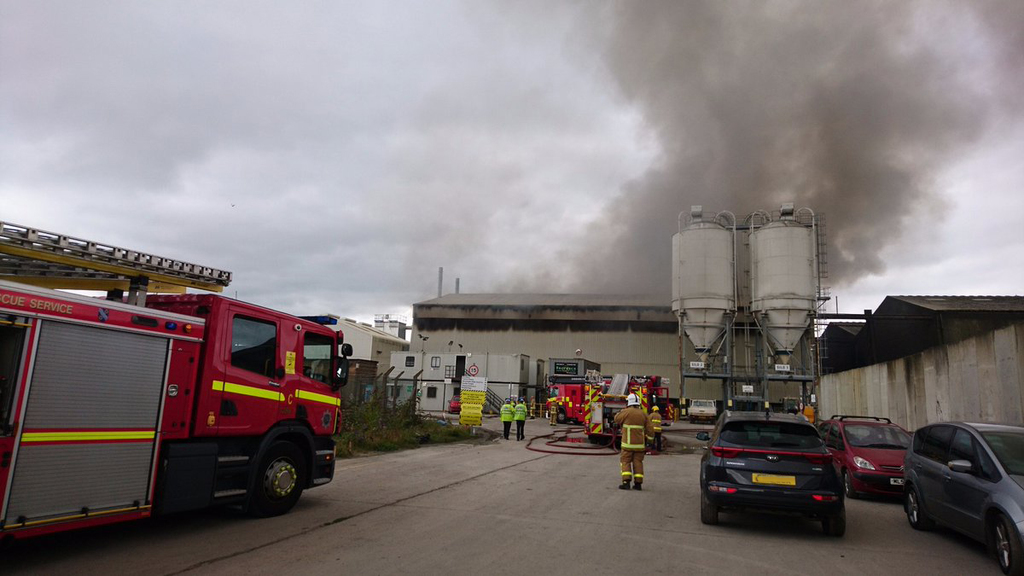 The site, on North Road, recycles glass bottles and as part of the process they remove paper and plastic labels from the bottles.

The plastic and paper, which is stored temporarily at the site before moving to other plants, was the source of the fire which started accidentally at 12.01pm on August 14.

More than 125 firefighters from across Cheshire fought the blaze for five days and have been monitoring the site daily after the main fire was extinguished.

They have now left the site completely and over the course of fighting the fire the Service used 31 different fire engines, a high volume pump and aerial ladder platforms at the site.

The crews also worked closely with Recresco staff to remove waste material from the site which greatly reduced the time firefighters had to spend at the site.

Group manager at Cheshire Fire and Rescue Service Paul Binyon said, “The work of our firefighters was absolutely magnificent throughout this long incident. The crews demonstrated the highest level of skill and professionalism during long periods of activity at the site.

“From the initial actions which helped us establish control of the fire situation and then the long term damping down of the product where we moved a huge amount of material with Recresco, who did a great deal to help the Service and ensure this incident was dealt with as quickly as possible.

“Also our partners in the council (CWAC), the Environment Agency, Public Health England and the police were fantastic.”

He said: “Recresco would like to take this opportunity to express our gratitude to the Fire Service for their first class professionalism in containing and extinguishing the large fire we experienced at our Ellesmere Port factory. Their swift and decisive action ensured the fire did not spread to other buildings and critical equipment, thus safeguarding Recresco’s business continuity; this has undoubtedly protected jobs in Ellesmere Port.

“Our team worked closely in partnership with firefighters and commanders over the course of the incident to enable safe access to key areas of the site and to coordinate the removal of fire damaged material from storage areas using our wheeled loading shovels and skilled operators, with firefighters simultaneously controlling the fire.

“This complex and difficult operation required careful planning, expert execution and open communication, the ability of the firefighters and commanders to integrate with our team at such short notice and with such success is a huge credit to the Fire Service.

“The close cooperation at all levels to resolve the incident has enabled us to minimise the impact of the incident and resume production more quickly.”