Firefighters commended for their commitment

BLUE WATCH from Newcastle were presented with certificates of commendation by Chief Fire Officer Becci Bryant at an event at Newcastle fire station. 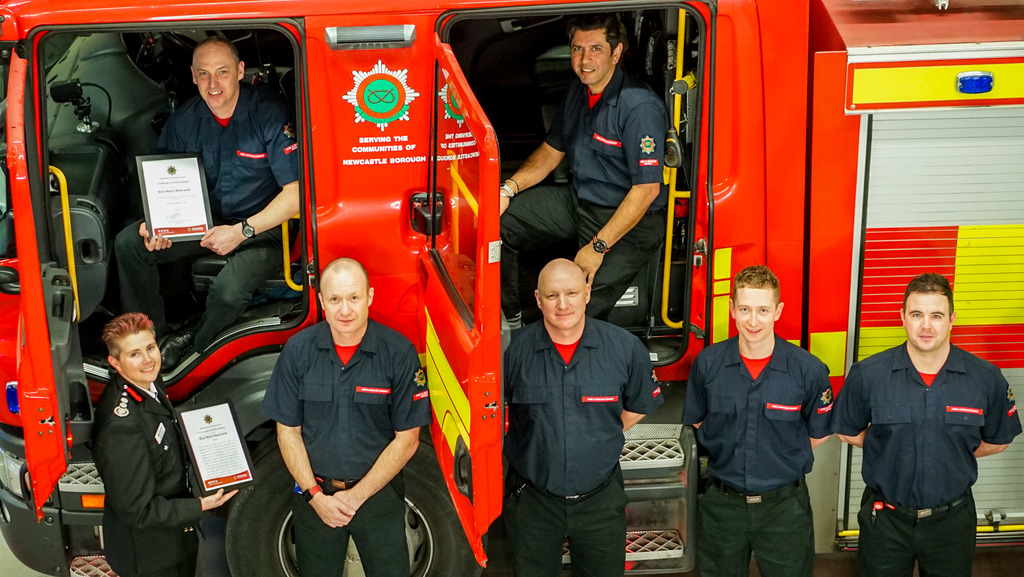 They were recognised for their work during last summer’s hot weather. On the evening of Thursday August 9 through to the early hours of Friday August 10 the Service faced a significant wild fire on the Roaches near Leek. The weather conditions changed during the evening and at approximately 1am the incident was scaled up to 12 pumps.

A change in wind direction and speed caused the fire to spread rapidly which meant that a number of homes were at risk of being caught up in the fire. Visibility was almost zero and the conditions under foot were extremely difficult, as was the terrain surrounding the properties. Watch Manager Jason Richards and his crew helped to evacuate a property and were in touch with the owner telling her that they would do all that they could to save the property. They worked tirelessly throughout the night to ensure that the property was protected from the fire and the owner could return.

The commendation recognises their commitment and dedication in extremely difficult conditions. Becci Bryant said, “Their actions and behaviour that evening epitomises what the Service is all about. They put their welfare second to ensure that the house was saved and they worked in the most difficult of circumstances throughout the night. I believe that their actions saved the house from being lost to the fire.

“I’m delighted they’ve been nominated for a commendation as I believe we should recognise when our crews go above and beyond the call of duty. All too often firefighters shrug off their efforts and achievements, claiming it’s just part of the job I really think it’s important we show our appreciation and give them the recognition they deserve.”