THE FIRE Brigades Union (FBU) has urged a UK-wide moratorium on fire cuts, calling on the Prime Minister Boris Johnson and devolved administrations to halt 15 years of “unprecedented” austerity and invest in the Fire and Rescue Service. 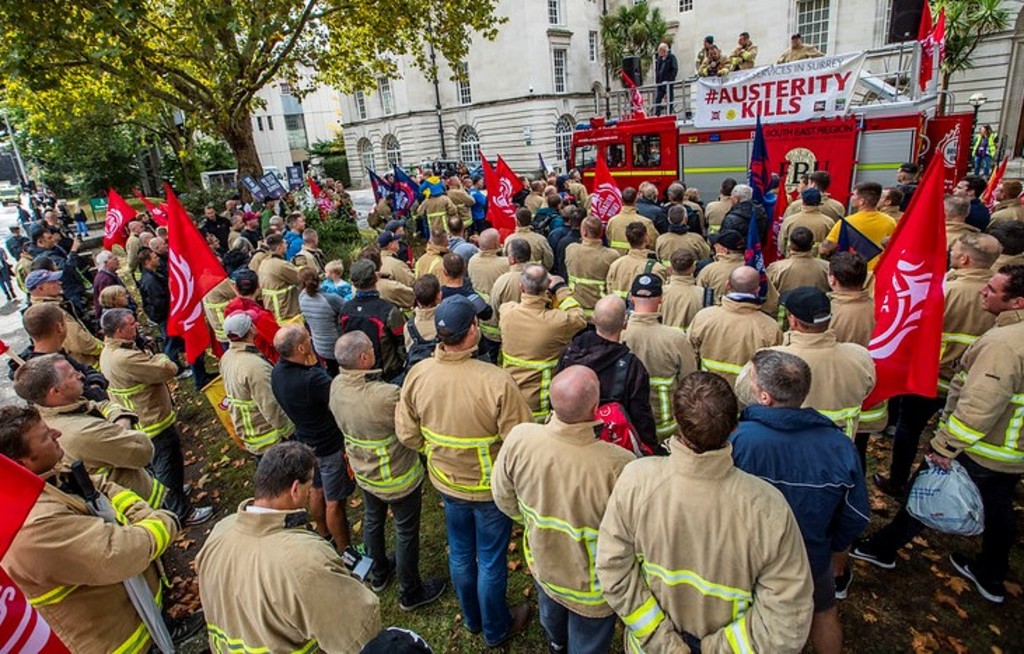 Instead, the Trade Union that represents firefighters and emergency fire control staff across the UK asks politicians to “not only guarantee sustainable levels of funding, but also... a programme of investment to ensure our Fire and Rescue Service is resilient going forward.”

The FBU has had to fight cuts to every Fire Brigade in the country over the last decade. Only recently, the East Sussex fire authority began a consultation on sweeping fire cuts mid-pandemic.

Firefighters have taken on 14 new areas of work to support their communities through the pandemic, delivering “important results for the health service and the public”, the letter says, which “may be needed in case of further waves or future outbreaks”.

However, Fire and Rescue Services have undergone sweeping cuts over the last 15 years, and most strikingly so since the beginning of austerity in 2010. The most recent local Government funding settlement figures found that central funding for fire services in England has been cut by 30% since 2013-2014, while National Audit Office figures highlight similar cuts from 2011-2015 under a different system.

The budget for the Scottish Fire and Rescue Service has been cut by 7% in real terms since it was established in 2013, with circa 990 firefighters lost. Reductions in Welsh fire spending have seen around 600 jobs cut since 2010.

In Northern Ireland, where the Fire and Rescue Service is still “playing catch-up” after decades of underfunding during the troubles, the fire budget has gone down from £81.6 million in 2011-2012 to £74.1 million this year, while there is a shortfall of around 200 firefighters.

In the letter, the FBU has also warned about the impact the collapse of business rates caused by the pandemic is having on the finances of Fire and Rescue Services. The FBU is also writing to every fire authority in the country.

There are around 48,000 firefighters and emergency control staff in the UK.

Matt Wrack, the FBU general secretary, said: “The crucial value of investing in public services has never been more apparent than during the COVID-19 pandemic. We cannot return to the failed politics of slashing Fire and Rescue Services and then expecting them to spring into action when a crisis comes around. Brigades have been gutted by a decade of austerity, but firefighters have nonetheless taken extraordinary steps to help the fight against Coronavirus. They cannot be thanked with further cuts.”

Wrack continued: “There’s a host of foreseeable risks that could cause the next major national emergency, not least the risk of another Coronavirus wave or another pandemic. When that emergency comes, there should be a properly funded Fire and Rescue Service ready to respond. The Prime Minister and First Ministers have joined the public in applauding key workers each Thursday. It would be unthinkable for them to now turn around and allow the budget slashing of Fire and Rescue Services to continue.”