THE TWELFTH edition of the Fire Safety Matters Podcast is now available to download or stream for free. On this episode we hold discussions with Ian Moore (CEO of the Fire Industry Association) and also Tony Hanley from FirePro UK, while Warren Spencer once again outlines his views on a key legal issue directly impacting the fire sector. 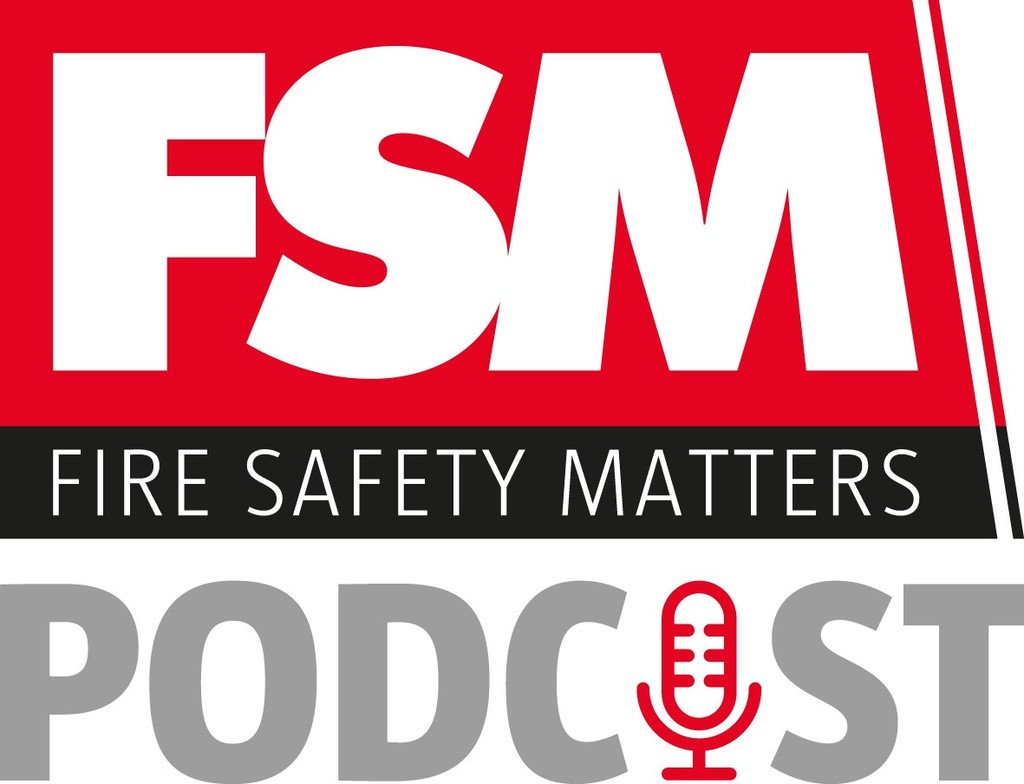 The Fire Safety Matters (FSM) Podcast is hosted by the magazine’s Editor Brian Sims and Western Business Media’s CEO Mark Sennett, with new editions available fortnightly on Wednesdays. The FSM Podcast is kindly sponsored by The Fire Safety Event, which takes place at the NEC in Birmingham from 27-29 April 2021.

On Episode 12, Brian interviews Ian Moore, CEO at the Fire Industry Association (FIA). The FIA is the largest fire protection-focused Trade Association in the UK with 900-plus members on its books. The not-for-profit organisation is also a major provider of fire safety training.

The FIA’s key objective is to promote, improve and perfect fire protection methods, devices, services and apparatus. The Middlesex-based Trade Association meets this ongoing goal through the representation of its members, providing technical support, guidance and opportunities for professional advancement through education and appropriate regulation.

Importantly, the FIA promotes and assists in shaping legislation and the professional standards of the fire industry through close liaison with Government and official bodies, as well as other key stakeholders. It also provides funding for research projects in line with its principal objectives.

Episode 12 heralds Ian Moore’s second appearance on the FSM Podcast, the FIA’s CEO having previously joined us on Episode 2. Moore has been CEO at the FIA since September 2015. Prior to this, he served as the managing director of several companies operating in the fire and security industry, the most recent of them being Elmdene International.

Further, Moore has also served as chairman of the British Security Industry Association’s (BSIA) Export Council and as a member of the BSIA’s Operating Board.

During Episode 12, Moore outlines what has been happening at the FIA since the start of lockdown and also shares his take on the recent major news (as reported by Fire Safety Matters) about BAFE acquiring the Fire Industry Association’s Awarding Organisation. The opinions of BAFE were covered in great detail by CEO Stephen Adams on Episode 11 of the FSM Podcast.

Of course, there’s a good deal more to the FIA than its role as being the leading provider of training in the fire sector. As mentioned, the FIA is also particularly well known for being very active in terms of communicating with Government. On that note, Moore goes on to outline the extent to which the FIA has been actively involved in the Independent Review of Building Regulations and Fire Safety conducted by Dame Judith Hackitt.

Recently, the FIA has decided to partner with us here at Western Business Media to compile an Annual Guide to UK Fire Safety, the first edition of which will be published in December next year alongside Fire Safety Matters. The FIA is also going to be partnering with Western Business Media on an annual Fire and Security Matters Awards scheme which starts in 2022. On that note, Moore proceeds to explain precisely why the Trade Association has decided to go down this route to market.

With new legislation coming in, there really isn’t a better or, indeed, a more opportune time to be analysing the state of play in the UK fire market. The FIA is presently running its own Market Conditions Survey, but what’s Moore’s particular take on this area? Listen to Episode 12 of the FSM Podcast to find out.

Fire and the law

When it comes to ‘all matters legal’ in relation to fire safety, there’s no better expert to turn to than  our regular FSM Podcast contributor Warren Spencer (managing director at Blackhurst Budd Solicitors) who has prosecuted more cases under the Regulatory Reform (Fire Safety) Order 2005 than anyone else.

On this occasion, Spencer assesses the notion that the Grenfell Tower tragedy has impacted the way in which the Fire and Rescue Services’ approach enforcement investigations into major fires when it comes to who’s ultimately responsible.

Our final guest interviewee on this edition of the FSM Podcast is Tony Hanley, the managing director of FirePro UK and Ireland, the distributor for FirePro. FirePro is an LPCB-certificated fire suppression technology that doesn’t use pressurised gas or water.

After studying for an ONC in electronics at South East London Technical College, Hanley then joined the active fire systems industry and served in field engineering and commissioning roles before moving into sales. He formed Titan Fire & Security in 1986, with the business being acquired in 2016.

Hanley’s a volunteer Board Director of the Fire Industry Association and, on behalf of the organisation, is currently focusing his attentions on membership recruitment and retention.

For Episode 12 of the FSM Podcast, Mark chats with Tony about the issue of third party certification specifically for condensed aerosol-type fire suppression systems.

As always, the FSM editorial team once again analyses the latest major news emerging from the fire sector here in the UK.

Alternatively, you can listen to the FSM Podcast online at fsmpodcast.podbean.com or via our YouTube channel by clicking here.