FOLLOWING CONSULTATIONS with the Ministry of Housing, Communities and Local Government (MHCLG), and in collaboration with the Royal Institution of Chartered Surveyors (RICS) and other key stakeholders (including lenders and insurers), the Fire Industry Association (FIA) is developing a dedicated portal which will provide a central and readily accessible location for EWS-1 Forms, thereby allowing fire engineers to complete the documents online. 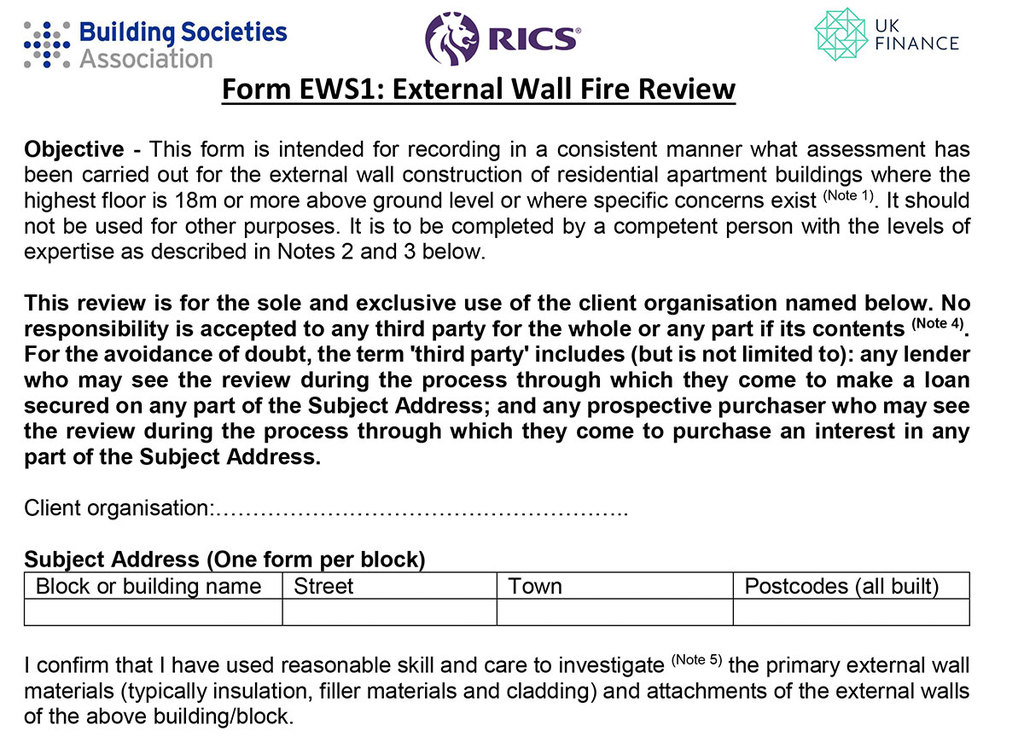 Prior to this point, valuation and home survey processes were somewhat insufficient for establishing whether or not external cladding on high-rise buildings over 18 metres tall contained combustible material that could potentially facilitate the spread of fire.

Following on from the Grenfell Tower tragedy of 2017 and subsequent MHCLG guidance, the RICS – working alongside UK Finance and the Building Societies Association – developed the EWS-1 Forms as a means of enabling competent fire experts to assess whether tall buildings are fire safe and if not, to identify that remedial work needs to be carried out.

The provision of EWS-1 Forms has proven successful in creating a clear and consistent means by which the market understands the documentation required to support the buying, selling or re-mortgaging of properties located within high-rise structures. However, while the EWS-1 Form has been downloaded from the RICS website over 8,000 times now, there remain some key issues to be resolved in order to create a fully reliable and accessible process for the upload and retrieval of these documents.

That’s why the FIA has stepped in with the development of its new portal. It meets an increasingly urgent need for property sellers and buyers, insurers and mortgage lenders to easily access for free – and in one specific location – the information they need in order for transactions involving properties in high-rise buildings to proceed as normal post-Grenfell Tower as well as identifying any remedial actions that must be taken on these buildings in respect of external cladding.

Of particular importance is the need to prevent fraudulent activity relating to EWS-1 Forms which, regrettably, has been identified in the market and which can place lives at risk. A rigorous approach has been applied to the portal to include manual checks at various stages of the process. Each fire engineer wishing to submit forms must present evidence that they’re fully-qualified and competent to do so. Indeed, this is interrogated prior to enabling their forms to be submitted to the portal.

In addition, all existing forms and online submissions are subject to further checks to determine their validity before they appear as publicly-available documents. In this way, the FIA expects to eliminate the problem of fraudulent EWS-1 Forms appearing in the market.

The FIA is funding the building of this portal and has employed software specialists to create an effective, efficient and user-friendly website that has been approved by the RICS Forum. Registration and the uploading of EWS-1 Forms will cost a small fee to cover the validating work involved, but access to the portal by the public will be free. The website is currently in an advanced stage of development and expected to be fully-functional as a public service by mid-November.

*For further information on the portal send an e-mail to info@fia.uk.com