ON THURSDAY 18 November at 11.00 am, a new Red Plaque was unveiled to remember Colin Townsley, the firefighter who died in the King’s Cross fire in 1987. The fire is one of the worst in recent British history, with 31 people losing their lives and more than 100 individuals badly injured. 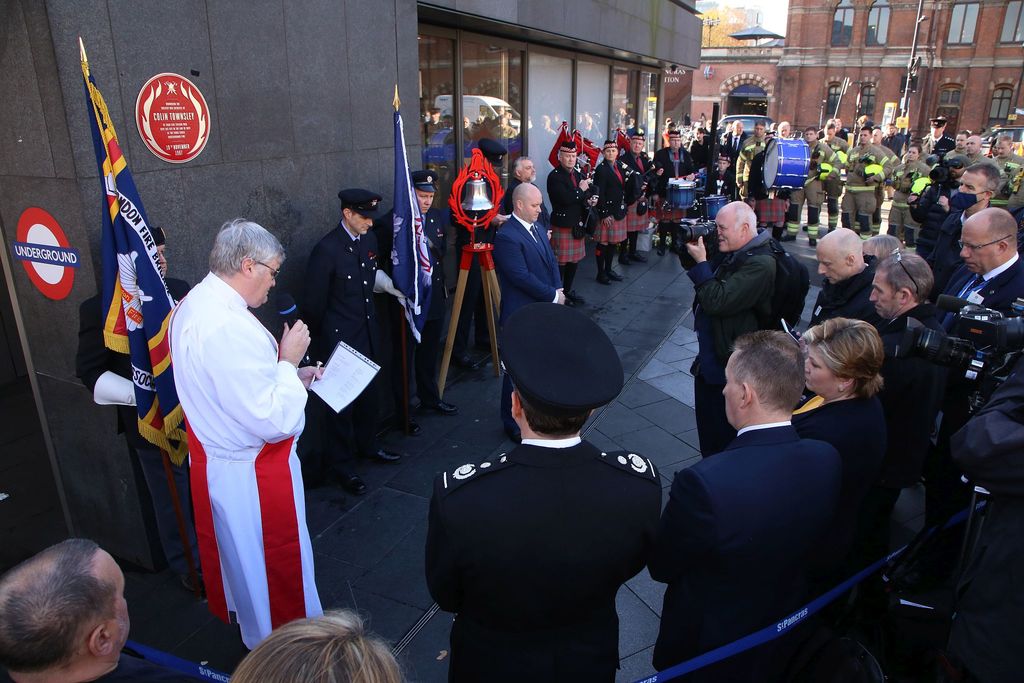 Townsley was part of the first group of firefighters on the scene. He was found on the station concourse, alongside the body of a woman he was trying to save.

Witnesses reported a firefighter, believed to be Townsley, telling passengers to exit the premises just before a fireball erupted. In the aftermath of the fire, Townsley’s bravery was recognised, with the official King’s Cross Public Inquiry referencing his actions “heroic”. Indeed, the George Medal was awarded to Townsley on a posthumous basis.

The Fire Brigades Union’s (FBU) Rec Plaque scheme recognises firefighters who lose their lives in the line of duty and who are often placed near the scene of the incident. The Red Plaque for Colin Townsley was unveiled on the 34th Anniversary of the tragedy in North London and, fittingly, is situated at King’s Cross Station.

The scheme involves engaging local FBU members, family members or members of the community to work with the Trade Union to place a unique Red Plaque, usually near the scene of the incident. Each Red Plaque bears a similar inscription which is designed to honour ‘the bravery and sacrifice’ of the firefighter whose name appears on it.

The Red Plaque scheme is funded entirely by the proceeds from the Firefighters100 lottery, which itself is run by the FBU. Since its inception, the scheme has gone from strength to strength, with 39 Red Plaques either laid or in the process of being developed across the UK.

The Red Plaques already in situ represent the names of some 125 firefighters who have lost their lives in the line of duty.

The King’s Cross fire began when a match was dropped through a wooden escalator and hit grease and litter gathered below it. The fire was relatively small until it erupted into a fireball, rushing up the escalator, killing or otherwise seriously injuring most of the people who were in the ticket hall.

Matt Wrack, general secretary of the FBU, commented: “The King’s Cross fire was an horrendous incident that led to significant safety changes. Every single life lost that day is a tragedy. We now remember the bravery of Colin Townsley, who died trying to save others. He and his sacrifice will never be forgotten by any of us.”

The safety changes referenced by Wrack included a strengthening of safety around firefighters’ protective equipment, something for which the FBU had long campaigned. At King’s Cross, firefighters wore clothing including plastic leggings which melted and rubber gloves that limited their hand movement.