EMERGENCY SERVICE resources are being impacted by an increase in anti-social behaviour in the Upton Rocks area of Widnes, officers and firefighters have said. 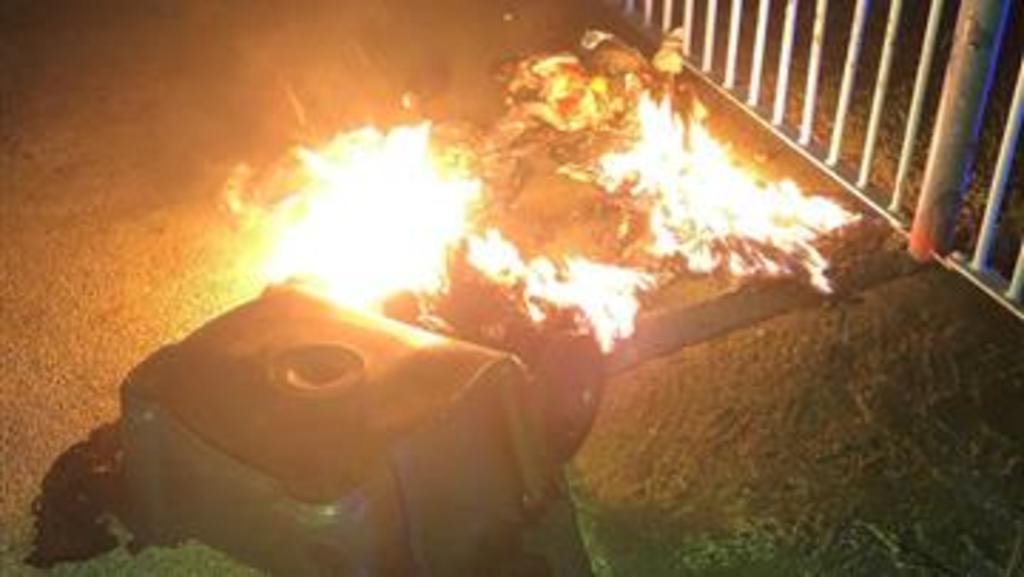 There have been a number of incidents of anti-social behaviour, including an increase in the number of deliberate bin fires, over the past few weeks. And now the Chief Inspector and Station Manager for Widnes have called on parents to do more to find out what their children are doing in the evenings.

Chief inspector Simon Parsonage from Widnes Police said: “Incidents of anti-social behaviour are continuing to impact on both Police and Fire resources and particularly on the lives of local residents. Police patrols will continue in the area but I want to reassure residents that in addition to the visible policing response, we are working closely with partners including the Local Authority, local Councillors, Fire and Schools to look at longer term sustainable measures to improve the issues experienced in the area.

“I would ask parents to talk with their children to understand where they are going in the evenings, encourage them to behave responsibly and not to place themselves in a position where they become involved with this type of behaviour or become vulnerable due to the behaviour of others.

"Those directly responsible for engaging in criminal behaviour are thankfully in the minority, but I would encourage anyone with information about offences committed in the area to contact the Police or report anonymously through Crimestoppers.”

Cheshire Police and Fire are working closely with a number of different bodies to make sure there are long term measures in place to try and reduce the number of incidents. But without support from parents to do their bit by speaking to their children and asking them to behave responsibly, the incidents will continue.

Station manager, Stuart Devereux, from Cheshire Fire and Rescue Service, said, “The increase in deliberate fires being set is unacceptable and it means that our resources are being taken up putting out these fires, which may mean we are not available for urgent calls.

“Cheshire Fire and Rescue are working with the Police to identify the youths involved and will support the Police in their enquiries. To do this we also need the assistance of the public - if you have any evidence then do let the Fire Service know.

“I don’t like to see gangs of youths idle - that’s when issues occur - there are many youth engagement and sporting activities available in Widnes to channel energy in a positive way. As parents I also urge you to know what your teenagers are up to, even young adults require direction at times.”