THE JOINT Committee on the National Security Strategy has now published its report entitled ‘Biosecurity and National Security’. The document assesses how prepared the Government is for major biological security risks, using the current COVID-19 pandemic as a test case, in order to consider whether and how the identification of risk in the national security system provokes a proportionate response in terms of means to address that risk. 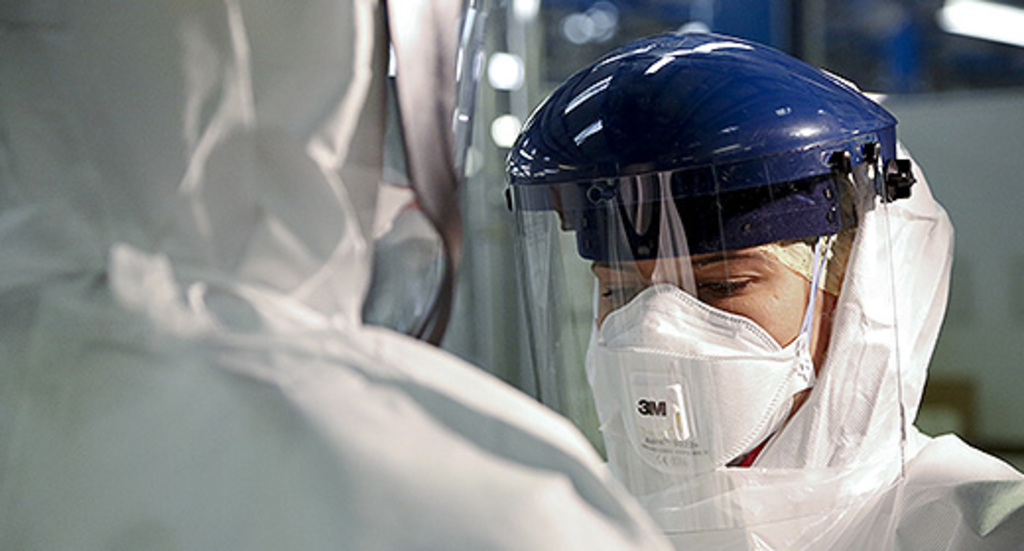 The Committee finds that the COVID test case has exposed “profound shortcomings” in terms of how the Government safeguards national security. With regards to biological security, the Committee calls on the Government to address long-term gaps in the planning and preparation for biological risks to the UK’s national security. In addition, it asserts that the novel features of COVID-19 – for example its high level of infectiousness compared with flu – don’t fully explain the Government’s “inadequate” response.

The report asserts that insufficient attention was paid to important capabilities ahead of the pandemic. For example, the Government “failed seriously” to consider how it might scale-up testing, isolation and contact-tracing capabilities, despite the earlier Biological Security Strategy’s emphasis on ‘detection’ and despite predicting in 2017 that it was ‘likely’ a new infectious disease would affect the UK in the next five years.

According to the Committee, it’s not clear that the Government considered the adequacy of its national laboratory network ahead of time. The pandemic also exposed vulnerabilities in the UK’s supply of personal protective equipment and in its ability to tackle false or misleading information online.

The Home Affairs Committee’s report notes a “striking absence” of leadership of the UK’s biological security as a whole, with neither the National Security Council nor the Cabinet Office assuming primary responsibility.

Although a pandemic has been a Tier 1 security risk since 2010, there has been only one such national health crisis exercise in the last decade (ie ‘Exercise Cygnus’) and this didn’t cover all of the Government’s pre-planned stages of pandemic response. This was not even mentioned in the Biological Security Strategy that came two years later.

Further, the Committee believes there to be a “lack of auditing” of the implementation of the lessons learned from exercises within Government departments and “inadequate” knowledge sharing. Front line organisations – ie local authorities, emergency responders and Local Resilience Forums – have sometimes “lacked the intelligence and support they need” from central Government to carry out their role effectively.

The Home Affairs Committee makes a series of recommendations in its detailed report, with particular emphasis on stronger leadership and responsibility. It calls on the Government to prioritise preparedness.

The report argues that there are a number of measures the Government must take to better prepare for major disruptive events, including the introduction of a regular and inclusive programme of exercises designed to test the UK’s capabilities. The Committee calls for ring-fenced, multi-year funding for Government departments to support risk horizon scanning, as well as a long-term plan of investment and support for front line organisations.

Additionally, the Government “must strengthen supply chains for dealing with future emergencies” in order to learn the lessons of the current pandemic.

The document calls for a new body – specifically a National Centre for Biosecurity – that would serve to pool expertise on the full spectrum of risks facing the UK, as well as a Task Force that would operate within the Cabinet Office.

Also, the Committee calls for a responsible minister to report annually to Parliament on the state of national preparations for major security risks, including the state of the national stockpile of critical items, surge capacity within public services and the level of training that ministers have received when it comes to emergency response.

Dame Margaret Beckett MP, chair of the Joint Committee on the National Security Strategy, stated: “2020 was challenging for all of us, with many having to make personal and painful sacrifices. The pandemic in the UK was not unpredicted. The Committee found that a pandemic was, after, all a matter of when it was going to happen rather than if. It’s clear that the Government could, and should, have done more to prepare.”

Beckett continued: “The Government’s negligence of key capabilities led to unnecessary fumbling for solutions, when instead the country needed decisive action. At times, the Government seems to have treated a vaccine as a ‘fix-all’, with little pre-consideration of our capabilities for detecting where the virus is and bringing cases under control.”

Beckett went on to comment: “The pandemic has thrown our vulnerabilities into sharp relief and it’s vital that we use this opportunity for some critical introspection. The Government must acknowledge the areas in which it failed to adequately prepare a response to biosecurity threats, such as the one we’re currently facing. The Government must learn lessons, not just for future pandemics, but also to fortify the structures we have in place to address all types of major national security risks.”

In Beckett’s eyes, the Government must also consider what the real-life impact of this Tier 1 risk can teach the nation about its capacity to deal with other risks of the same magnitude.”