Philip Ingram MBE (PI) caught up with Dr Tinku Acharya (DrTA) at INTERPOL’s bi-annual congress in Singapore, INTERPOL World, last month. Dr Acharya from Videonetics Technology Pvt. Ltd was part of the first video compression standards committee for JPEG 2000 and wrote the first book on video compression, something vital to todays CCTV. A fascinating man who has influenced todays CCTV capabilities hugely by being one of the world’s leading lights on Video Compression. 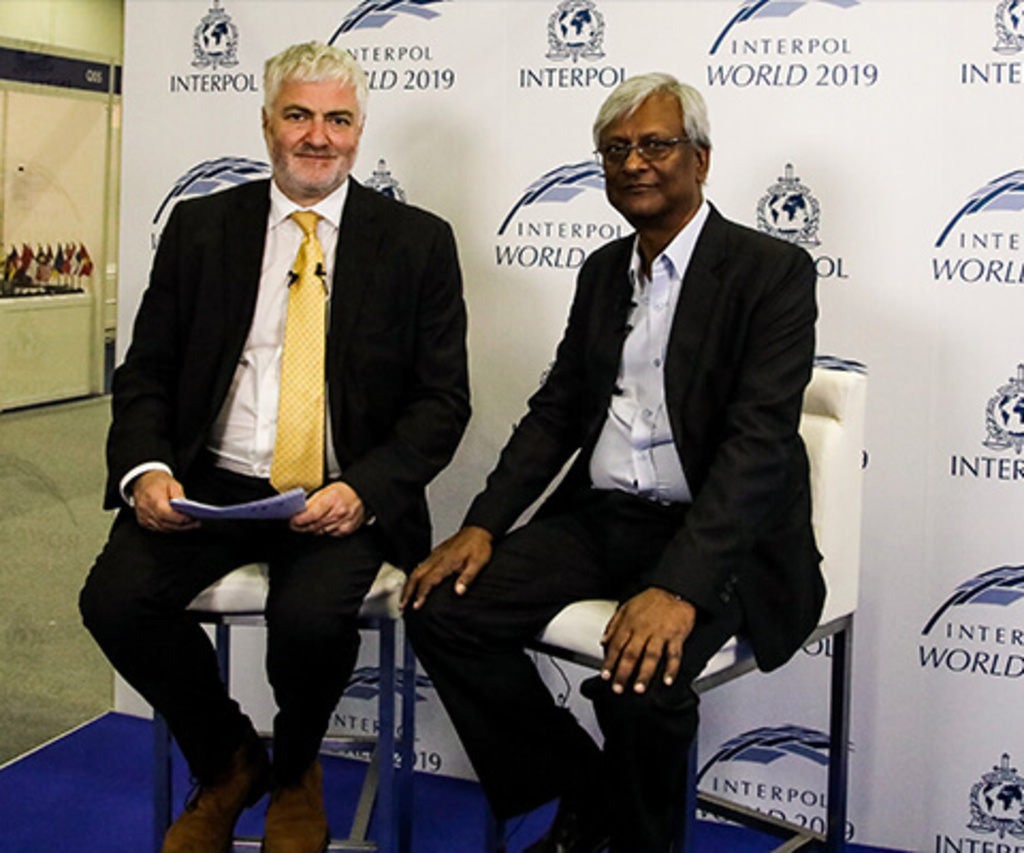 (PI) Tinku, you are known for JPEG2000 standard, which you were a leading light with its introduction were you not?

(DrTA) I was part of the committee, JPEG2000 was set by scalable image committee. This was the first scalable compression standard to that used state-of-the-art compression techniques based on wavelet technology and offers an extremely high level of scalability and accessibility. I wrote the book that was the first book on that subject, which talks about algorithms, the Very-Large-Scale-Integration or VLSI architecture and which is used across the globe by universities and the industry as a reference book and I am very happy about that.

(PI) We have seen compression moving into H264 and H265, and we are seeing people describe H265 + compression.  Can we get compression even better?

(DrTA) More and more compression is required, because video resolution is getting higher and higher, so high compression is very necessary. At the same time, we cannot compromise with the fidelity or the visual quality, so that’s why innovation in this space will continue. With my company Videonetics we are working hard on it and I am sure when we get the even higher standards you will know about it.

(PI) One of the things that you are doing is using AI and deep learning to help, is this just with compression or is it in other areas?

(DrTA) After I worked on the first compression with Intel in 1996, I realised that video is going to be another data type and today that is the reality. Many of the companies working in this area worked in silos, they were all working in silence. I launched Videonetics in 2008 with the goal of creating an agnostic platform, a video computing platform bringing them all out of their silos and out of that silence. In a sense I created an agnostic operating system that is less of a cyber security threat.

For example, last January, we launched the world first analytical tools to spot drivers using their mobile phones or riders not wearing helmets. We are doing this using artificial intelligence applied to imagery form a normal security camera. All the intelligence is in the software, so negating the need for new or specialised cameras.

(PI) You keep inventing new things, you keep winning awards for innovation and growth, how are you doing this? How are you staying that much ahead of the competition that’s out there?

(DrTA) Innovation is a passion, you know it is the passion I have. I am very proud of my team, a very high calibre team that I have developed. They all think alike; they all use out of the box thinking and as a result a lot of new technologies are developed.

We are always launching new technologies and one of the next, will be detecting vehicles that are excessively polluting the atmosphere.

We are based in India and our technology has been deployed in 136 cities, 80 plus airports and we are the pioneers in the smart city domain across India. We control almost 70% of the market share in India and have helped change a lot for the good.

India was infamous for the chaotic traffic conditions in its cities, however those cities that have adopted our technologies have managed to create more traffic order, as a result people’s lives, people’s time, and more is being saved. I consider that technology being used in a positive way, a good way for all of society.

(PI) Tinku, on that note thank you for chatting with me, it has been a real pleasure.