PAUL JENNINGS, Assistant Commissioner of the London Fire Brigade (LFB), has suggested that builders could be “gaming the system” as a way of avoiding the fire safety regime put in place in the aftermath of the Grenfell Tower tragedy of June 2017 where 72 people died. 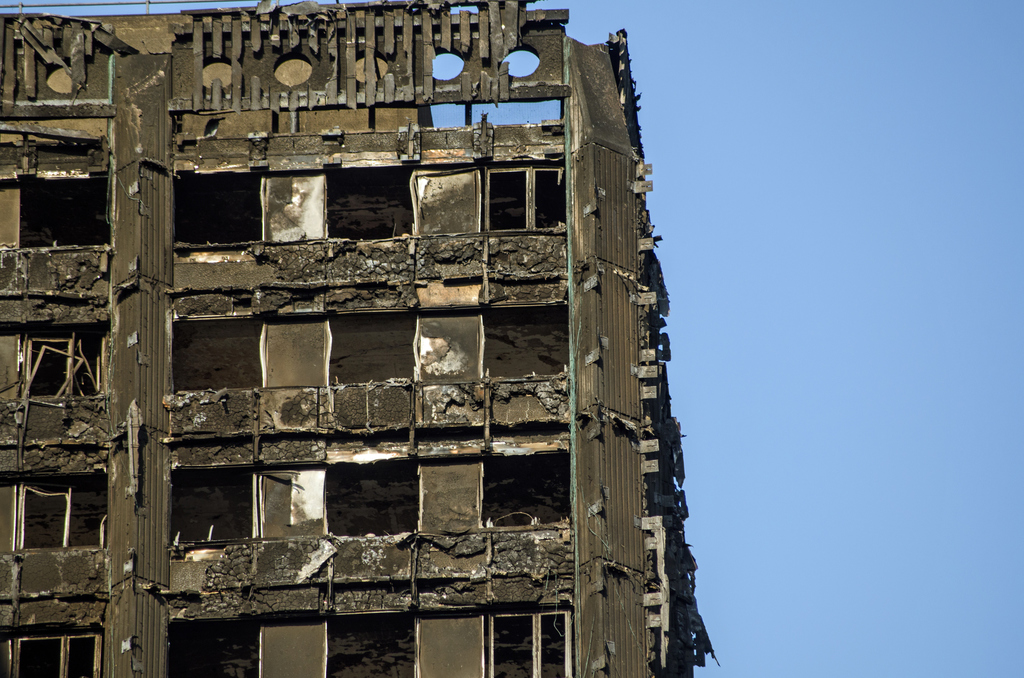 In conversation with the BBC’s Newsnight, Jennings observed: “We’re seeing examples of where there may be instances of ‘gaming the system’. Builders will look to reach the minimum standard or, if the guidance doesn’t specifically say they cannot do something, they will bend those rules accordingly because of that. Currently, this is what we’re seeing. We’re not seeing the cultural changes that we would expect.” The cultural change to which Jennings refers, of course, is that outlined by Dame Judith Hackitt in the detailed Independent Review of Building Regulations and Fire Safety.

Continuing this theme, Jennings noted: “We have examples of where we think people may be deliberately designing and building their structures below that 18-metre, six-floor threshold because they know that, if they breach this threshold, they will have to put in advanced and more intricate fire safety measures as part of the mix. That ‘gaming’ of the system continues. It’s not acceptable. It’s not the cultural change that we all want to see within the built environment.”

Lewis Goodall, Newsnight’s policy editor, then asked Jennings: “Let’s be clear. How many buildings do you think are being built now, today, concurrently, that you’re concerned about in terms of them still not having the right standards?”

Jennings swiftly responded: “Potentially, we’re seeing around 60% of the building consultations that come into the remit of our fire engineering team and others being of concern. That gives you some idea of the quantity. Bear in mind that we’re dealing with thousands of consultations every year. So that’s hundreds, if not thousands of buildings where we’re not seeing people grasping what we would anticipate them wanting to provide. In short, the ‘Gold Standard’ for fire safety rather than just meeting the bare minimum requirements. We would always encourage them to go for the ‘Gold Standard’.”

On hearing of Jennings’ comments, building safety minister Lord Stephen Greenhalgh stated on Twitter: “It’s shocking that the construction industry is still trying to ‘game’ the system and cut corners on fire safety. Paul Jennings is absolutely right to call this out.”

On Monday 8 November, Michael Gove – Secretary of State at the Department of Levelling Up, Housing and Communities – was questioned on the work of his Government Department by members of the Housing, Communities and Local Government Committee in Parliament. Gove stated: “We collectively – the Department, some in local Government, others in the private sector – failed people at Grenfell Tower and there are people who were, and still are, in buildings where there is a significant risk.”

The Fire Brigades Union (FBU) has criticised the Government for its lack of action on the building safety crisis, stating that the “massive” scale of that crisis in the UK could be resolved if the Government provided “the regulations and funding necessary to solve this crisis” including “watertight legislation that prevents dodges and loopholes being possible”.

Andy Dark, assistant general secretary of the FBU, explained: “There’s a massive building safety crisis across the UK and residents are rightly concerned about safety in their homes. We’ve been increasingly concerned about the growing evidence suggesting that the Westminster Government, landlords and the construction industry are trying to avoid taking responsibility. It comes as no surprise to learn that players within the building sector could be ‘gaming the system’ in a bid to avoid compliance with the extremely limited improvements in the Building Regulations.”

Dark concluded: “Ministers should listen to fire professionals and provide the regulations and funding necessary to solve this crisis. The Prime Minister should be taking personal charge of introducing immediate action and bring in watertight legislation that prevents dodges and loopholes like those outlined by Paul Jennings on Newsnight from being possible. Hand-wringing and mealy-mouthed words from the Government are worthless. It’s actions that matter.”

The general secretary of the Fire Brigades Union has criticised the Prime Minister for saying that buildings caught up in the building safety crisis are “not unsafe”, apparently without justification, and that the victims of the building crisis were “in a position of unnecessary anxiety”.

The general secretary of the FBU has criticised Prime Minister Boris Johnson for saying that buildings caught up in the building safety crisis are “not unsafe”, apparently without justification, and that the victims of the building crisis were “in a position of unnecessary anxiety”.

Matt Wrack said: “The Prime Minister’s comments are dangerous. Buildings that continue to be affected by this crisis are far from safe. As this year’s New Providence Wharf fire showed, even buildings with ‘Waking Watches’ can pose a severe danger to life. Any anxiety over this situation is utterly justified. To suggest anything else is an insult to the victims of this crisis.”

Wrack added: “The Prime Minister’s comments run the risk of slowing down progress on remediating these buildings. Progress that his own Government should be driving forward, but has not done so. That’s left hundreds of thousands of people in fear of dying in a fire and many of them facing life-changing debt. The Prime Minister should apologise for and retract his comments at once.”

The comments emerged at Prime Minister’s Questions in Parliament in response to a question from Paul Blomfield MP in which he referenced Boris Johnson previously stating that a constituent of his had a “frankly unnecessary sense of anxiety”, despite her being a victim of the building safety crisis without remediation and with a severe financial burden.

The Prime Minister also said: “What people should be doing is making sure that we do not unnecessarily undermine the confidence of the market and the people in these homes.”

The FBU has campaigned for an end to the building safety crisis on the grounds of the threat it poses to both the public and serving firefighters who may be called to attend fires in affected buildings.