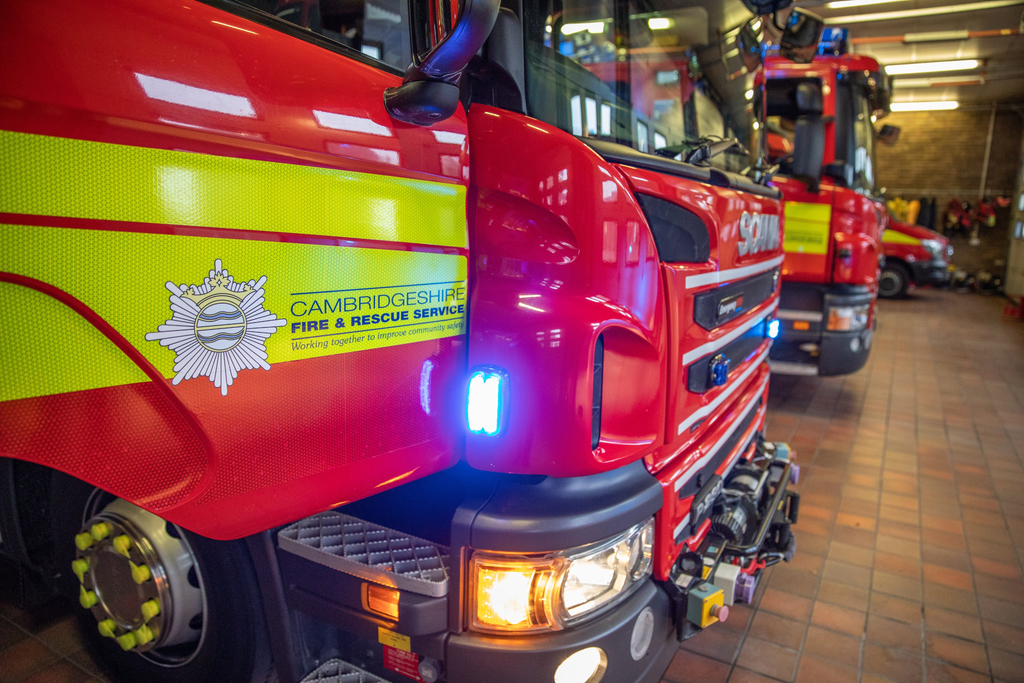 According to Smith, regular testing using Innova’s lateral flow solution has proven to be “pivotal” in supporting staff well-being and ensuring that Cambridgeshire Fire and Rescue Service can continue to operate as normal by focusing on the job at hand (ie protecting lives across the region).

Cambridgeshire Fire and Rescue Service introduced the lateral flow devices – which enable a rapid test of infectiousness for COVID-19 – for members of staff in December. Since then, around 200 colleagues across its 28 fire stations have had access to their own test kits, which are being used twice per week.

Smith said: “Since December, we’ve conducted over 1,200 lateral flow tests, of which eight have returned a positive outcome. Six of these were from asymptomatic individuals. If it wasn’t for the tests, the virus could have spread among the team and left us without a particular watch or more for ten days. Luckily, all of the fire crew members who tested positive have since recovered, but this episode had the potential to infect many more individuals.”

He added: “The devices are our front line when it comes to identifying cases across our teams, even from asymptomatic individuals. As they provide us with results within 30 minutes, the tests have enabled us to quickly adapt shift patterns and isolate positive individuals. All positive results have been corroborated with subsequent PCR tests.”

Further, Smith observed: “Despite COVID, Cambridgeshire Fire and Rescue Service hasn’t seen a great drop in demand for call-outs. In fact, we’ve been slightly busier than usual at times. We have 120 staff also volunteering across the county to support the vaccine roll-out. Staff are also working in hospitals to support the fitting of PPE and helping to support ambulance crews.”

Cambridgeshire Fire and Rescue Service is rolling out two testing regimes among staff. Those who regularly mix with others – from cleaning staff and those in fire Control Rooms through to full-time firefighters and training centre staff – all receive kits which allow them to test at home twice each week in line with healthcare workers.

In addition, there are ad hoc tests on a weekly basis for those who don’t interact regularly – such as on-call fighters, senior leaders and support staff who can test when they need it. This testing method has been rolled out across 17 station testing sites.

One firefighter working on the front line said: “I’m really happy we’ve implemented the use of lateral flow tests at the Cambridgeshire Fire and Rescue Service. It gives us extra peace of mind knowing that, if someone isn’t showing symptoms, they will know they’re positive. It not only helps us protect each other. but the community we work in and also our families.”

Smith observed: “Our automated testing system means a results table is sent to the leadership team daily. As a result, we have an holistic view of the data which shows how many tests have been taken in the last day, week and month. If an individual has been working on a certain shift and has shown to be positive, we can intervene quickly to stop cross-contamination between shifts. There’s definitely an analogy between fighting COVID and fighting fires. The sooner you can attend a call-out, the greater the chance you have for extinguishing the fire and saving lives. It’s the same for the pandemic.”

He also commented: “The Innova tests are like our own fire alarms. They provide a real benefit as they give us near-immediate warning within 30 minutes, rather than a PCR test which can take a day or more to yield results. The sooner we know people have COVID, the faster we can intervene, isolate them and lessen the impact.”

Numerous scientific studies have shown that rapid antigen tests are an important tool for identifying infectious people quickly and accurately, even when they may not have symptoms of COVID-19, and in ways that simply are not possible with slower, more expensive lab-based tests.

While the Coronavirus continues to morph its genetic ribonucleic acid to generate new and potentially more contagious variants, Innova’s antigen test, which instead looks for multiple proteins in the virus, is effective in detecting any of those emerging variants.

In response to the global pandemic, Innova developed an end-to-end ecosystem of rapid diagnostic and screening tests, along with digital reporting and tracing applications to help organisations manage the COVID-19 crisis.

*For more information on the testing system visit: https://www.triedandtested.tech/antigen-test