The Security Event 2019: A glimpse at the future of the integrated home

The modern integrated home would have seemed like the stuff of sci-fi dreams just a few years ago, but true integration is now a reality, with residents home able to control multiple aspects of the home, including door entry, home automation, CCTV, audio control, energy monitoring and more, from a single device. And more exciting, futuristic innovations are just around the corner. 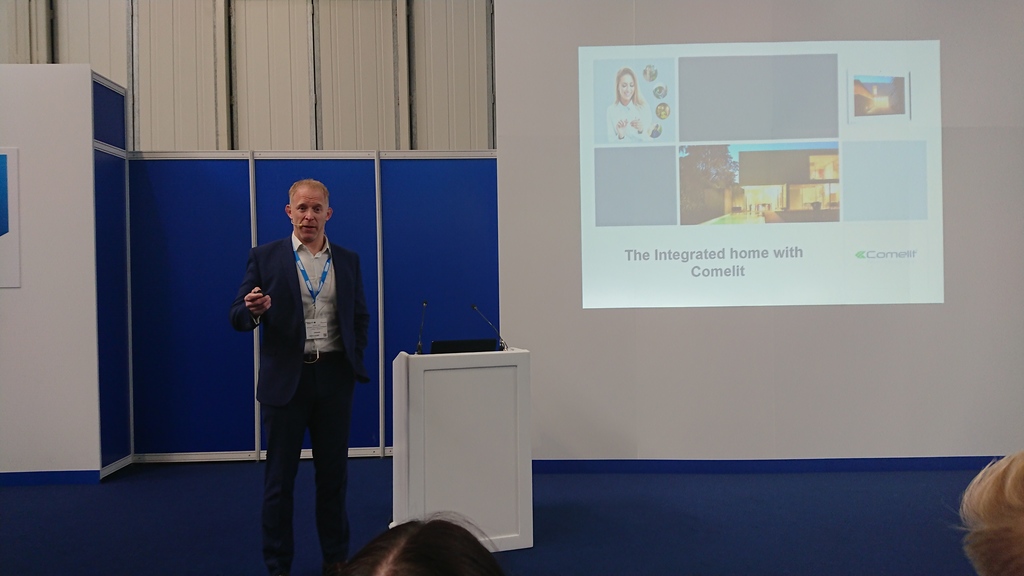 That’s according to Jeremy King, National Specification Manager at manufacturer Comelit Group UK. King was speaking at The Security Event 2019 in Birmingham, where his presentation, ‘The Integrated Home’, was predicated on the notion that the evolution of door entry means that integration is now a key requirement for security installers.

“The next stage of door entry integration will include voice control, such as that you find with Alexa or Google Home,” King said. “So you’ll be able to say, ‘Alexa, show me the front door or back garden’, and the scene will automatically display on a door entry monitor or linked smart device. It will remove the need for any touch-based home control for those who’d like that.”

King outlined the way that door entry technology had moved from 2-wire, through to IP-based systems, and right up to the latest Wifi-enabled options. He emphasised Comelit’s belief that simplicity is key, simplifying integration functions so they can be controlled through a single app, and with just one monitor on a wall.

That includes functions such as climate control, lighting control, audio distribution, energy monitoring, CCTV integration, intruder alarm setting and monitoring, and scenario control, where combinations of functions can be programmed to occur at a specific time – lights and blinds opening in the morning – or environmental condition, such as rain monitors prompting awnings to cover decking.