A CREW of highly-skilled firefighters have been honoured for their actions in rescuing a man in need of urgent hospital treatment. 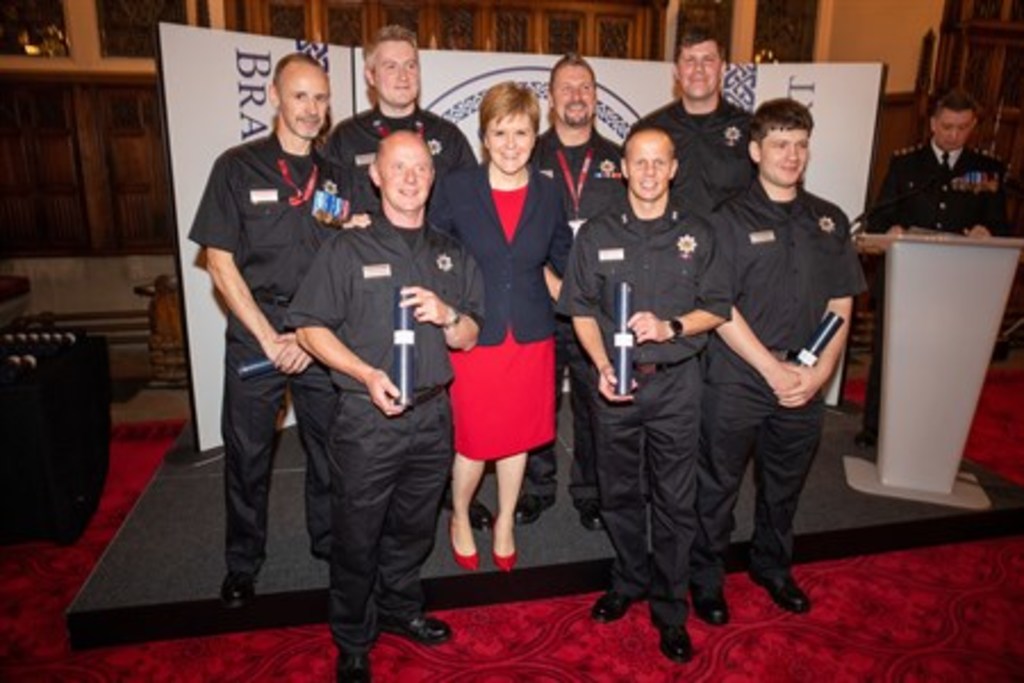 They were mobilised in February this year to assist emergency partners in the safe removal of the patient from a house in Elgin.

The Scottish Fire and Rescue Service crew drew upon their specialist training to remove the living room window and a large section of the exterior wall of the house and garden to create a safe pathway out of the property.

The team from North Anderson Drive Fire Station in Aberdeen also worked through challenging weather conditions, including heavy sleet - completing the operation in less than one hour.

And their efforts have earned them recognition at this year’s Brave@Heart ceremony, organised by the Scottish Government, where they were presented with an award from First Minister Nicola Sturgeon.

Watch commander Chalmers said, “The weather conditions were really horrible and our crews were met with heavy sleet and wind.

“But we made great progress using specialist equipment to cut away and remove the concrete blocks from below the window area to allow full access after 45 minutes.

“We had members of the crew inside and outside the property to keep the casualty and his family updated throughout the process.”

The man was thereafter passed into the care of Scottish Ambulance Service partners.

SFRS crews then had to secure the property by temporarily fixing the window back in place and boarding up the area where the wall had been removed.

The crew attended the Brave@Heart awards in Edinburgh on Tuesday, October 1, which recognises acts of bravery and heroism across the emergency and voluntary sectors in Scotland, as well as commending members of the public.

David Farries is the SFRS deputy assistant chief officer responsible for the protection of communities across the north of Scotland.

He said: “The crew can be extremely proud of the way they expertly handled this incident in challenging conditions. The Brave@Heart award is a testament to the determination of our highly-skilled firefighters and the effective collaborations with our emergency partners. I’d like to congratulate everyone who was involved in the safe removal of the patient.”