WITH THE new regulatory framework placing more accountability on those responsible for building safety, William Makant is keen to encourage an open-minded evaluation of the most effective fire safety solution for each situation, rather than taking a one-size-fits-all approach. 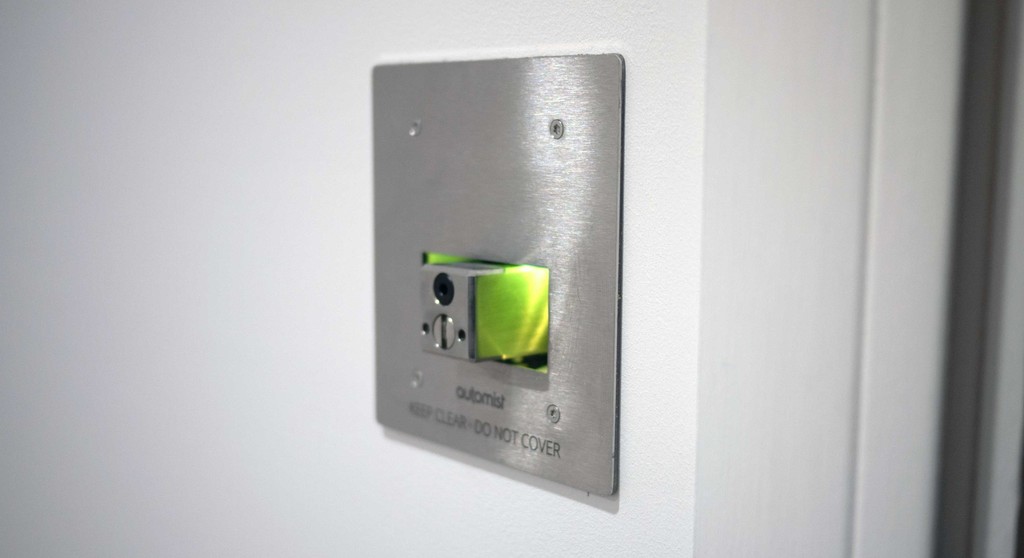 From November, new residential and mixed-use blocks that are 11 metres tall or higher will need to have a sprinkler system installed. While welcoming this new measure, which will undoubtedly save lives, it’s important to remember that active fire suppression covers more than just traditional frangible bulb sprinklers.

The reduction in the threshold for sprinklers is a win for fire safety, but the work should not stop here. As fire safety challenges change, so must the solutions.

Regulation to ensure the safety of buildings has rightly been under scrutiny since the Grenfell Tower tragedy and the proposed changes will improve safety and help to save lives. However, new responsibilities and regulations do not need to equate to more prescriptive rules. As Dame Judith Hackitt has duly highlighted, such an approach is unlikely to produce the outcomes required.

Dame Judith has stated: “Prescriptive regulation and guidance are not helpful in designing and building complex buildings, especially so in an environment where building technology and practices continue to evolve, and will prevent those undertaking building work from taking responsibility for their actions. An outcomes-based framework requires people who are part of the system to be competent, to think for themselves rather than blindly following guidance and to understand their responsibilities to deliver and maintain safety and integrity throughout the life-cycle of a building.”

It’s worth remembering that current Building Regulations outline what the legal requirements are for all new and significantly altered buildings in the UK, but they do not state how exactly these requirements should be met. So, rather than providing a prescriptive method, those responsible are encouraged to take a performance-based approach, in turn considering the functionality and requirements for those living in/occupying a given building.

By their very nature, guidance documents and standards tend to cover common historic practices and commoditised products and can exclude new approaches. While alternative routes to compliance may take more effort to put into place, choosing innovative products or processes may well offer better solutions in certain scenarios.

The challenge now is that the outcomes-based framework recommended by Dame Judith Hackitt requires those individuals who are at the forefront and making the decisions for a building regarding its fire safety to be fully informed about all of the available technologies. This means those individuals challenging decades old thinking (and semantics) and embracing innovation rather than just blindly following guidance as they discharge their responsibilities to deliver and maintain safety as well as ensure the integrity of a building throughout its life-cycle.

Striking this balance will be no easy task, but it’s one with which we must persevere in order to continue with our mission of reducing the number of fire-related deaths and injuries.

When developing the Automist Smartscan watermist suppression system, for example, we started with the problem and designed a solution based on the required outcome, rather than just developing a product to meet an existing British Standard. The latter would have resulted in a much smoother route to market, but in our view would not have resulted in the performance required.

Numerous studies show that the people most at risk of unintentional death due to domestic fires are the most vulnerable groups in our society: the elderly, the disabled and those who are unable to escape easily from a fire. Recent figures published by the National Fire Protection Association state that, at age 65 and over, people in this age bracket are twice as likely to be killed or injured by fire episodes in comparison to the rest of the population.

In addition to this, the proportion of the UK population in this particular age group is set to grow from 18% to 26% by 2041, with the number of households aged 65 and over estimated to increase by 180,000 every year for the next decade. Undoubtedly, an ageing population will increase the number of people at risk.

Smoke and toxic gas from fire, themselves the main causes of fatalities, can build up quickly, so effective fire protection needs to maintain tenable conditions for enough time to allow given individuals to escape or be rescued.

Typically, sprinklers control the spread of a fire and, in some cases, extinguish it completely, thereby preventing fire damage and spread to adjacent areas. However, sprinklers can struggle with slow activation times for fires with a slow growth rate and provide limited benefit in terms of smoke control.

Sprinklers have been shown to reduce overall smoke toxicity, but the reduction in toxicity is not always sufficient enough to give occupants time to escape. In some cases, the time for smoke toxicity to reach a critical level has been shown to be not very different from a non-sprinklered fire.

This information concerns me because, in addition to the issues I’ve already mentioned with regards to protecting an ageing population from fire, this challenge actually spans across an even larger group of people – those individuals identified as being vulnerable for a variety of different reasons.

To increase protection for this group of individuals, a system is needed that addresses the fire at the earliest possible time and helps to minimise smoke and toxic gases to maintain tenability.

Responding to some fires up to two minutes faster than a traditional sprinkler, certain watermist systems have been rigorously tested to demonstrate they can outperform traditional approaches and help to maintain tenable conditions in a range of real-life scenarios.

For its part, a watermist solution uses small droplets of water, increasing the surface area of the suppressant material, which then helps to quickly reduce temperature and oxygen at the flame front of the fire.

By consuming much of the fire’s energy in converting water to steam, watermist reduces the room temperature in the region of the fire. Watermist also reduces smoke and toxic gases by producing copious amounts of inert steam in the immediate vicinity of the fire, locally excluding oxygen, reducing temperatures and thus slowing the oxidation reactions of the fire. By constraining room temperatures to around 100 degrees Celsius or less, flashover is also prevented.

Sprayheads can be positioned mid-way up the wall, at around the same height as light switches. This deploys watermist in the most efficient way, using the natural turbulence a fire produces such that watermist is entrained into the seat of the fire, helping to suppress it as quickly as possible. It also minimises disruption, which makes retrofitting the system cost-effective.

The development of the latest watermist solution was informed by computational fluid dynamics modelling conducted by the University of Greenwich’s Fire Safety Engineering Group. Once the design was finalised, it was extensively tested and has proven to deliver performance superior to the requirements of the British Watermist Standard (ie BS 8458 which, for design reasons, we are currently outside the scope of) and even the performance of the widely-used sprinkler standard (namely BS 9252).

Importantly, Automist has undergone extensive testing from Warrington Fire, with its testers confirming: “Smartscan qualifies by meeting the performance criteria in the relevant Code of Practice for Fixed Watermist Fire Protection Systems. That is BS 8458: 2015 (BSi Verification Certificate – VC 712581). It’s LABC-assured (EWS534B), previously Registered Details, and deemed to be acceptable as a Code of Practice-compliant automatic water fire suppression system, for example in accordance with the recommendations of BS 9991:2015.”

While we continue to work with the relevant bodies to expand or create British Standards to cover newer innovations tackling fire suppression, our primary aim remains to develop a suppression system that provides the best possible level of protection against fire.

Recently, I had the pleasure of chairing a series of free webinars exploring innovation in fire safety. The series featured contributions from Ian Moore (CEO at the Fire Industry Association), Tony Hanley (FirePro UK’s managing director), Tom Gilbert (head of fire safety at Lendlease) and long-standing housing professional Jan Taranczuk. A core focus of the discussion in these webinars was the problems with prescriptive regulation and guidance.

Together, we identified the common misconceptions and challenges the fire safety sector is tackling in light of the ongoing Grenfell Tower Phase 2 Inquiry, but we also agreed that taking a prescriptive approach is not helpful in designing and building complex buildings, especially so in an environment where building technology and practices continue to evolve.

There are more fire suppression technologies available than just sprinklers. Adopting a one-size-fits-all approach actually leaves many people without adequate fire protection. To my mind, the need for an outcomes-based approach has never been greater.