THE BRITISH Security Industry Association (BSIA) has taken the decision to re-purpose the 2020 edition of its British Security Awards such that the flagship event becomes an online broadcast. The decision has been informed by the uncertainty realised as a result of the COVID-19 pandemic. 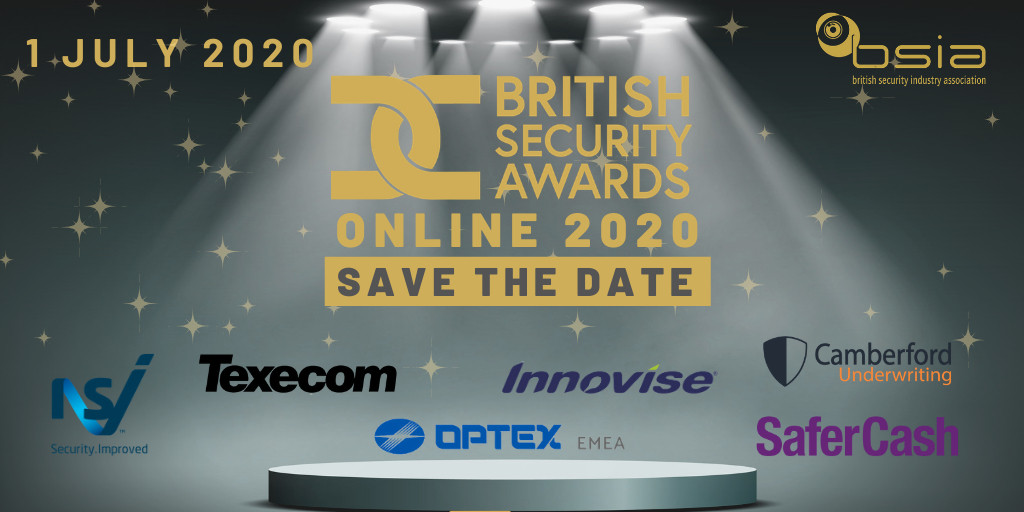 The event, which was due to take place on 1 July in central London, will now run as an online-only broadcast to be viewed by upwards of 12,000 active participants from across the private security industry.

As always, the event will feature the announcement of the winners of 15 categories covering security personnel and business achievements, with each winner being announced by the award sponsor. This year's special guest, namely Cressida Dick (Commissioner of the Metropolitan Police Service), will be presenting awards in the bravery category.

All of the winners will be sent their trophies after the event and finalists will be receiving a medal of recognition.

Speaking about having to make this tough, but somewhat inevitable decision, Mike Reddington (CEO at the BSIA) said: “The British Security Awards is a major event in the industry's calendar. Due to the unforeseen circumstances of the last three months, we will now be hosting this event online. The British Security Awards Online 2020 promises to be a fantastic showcase of talent and expertise from the industry, and we're honoured that Cressida Dick will also be taking part in the proceedings.”

Reddington added: “Despite the most challenging issue of our lifetime, our members have still managed to present us with a large number of award nominees. It's only right that we continue to honour both their commitment and the achievements of their employees in the most fitting way we can.”

Sponsoring the 2020 edition of the British Security Awards are Texecom (Installer of the Year), Optex (Best Use of Technology), Innovise (Business of the Year), the National Security Inspectorate (Apprentice of the Year), Camberford Underwriting (Security Personnel) and SaferCash (Industry Bravery).

*More information about the event can be found online at www.britishsecurityawards.co.uk or www.bsia.co.uk