Kelvin Miller considers the challenges of protecting our power supplies, specifically the conveyors and electrical cabling so central to a plant’s successful operation. 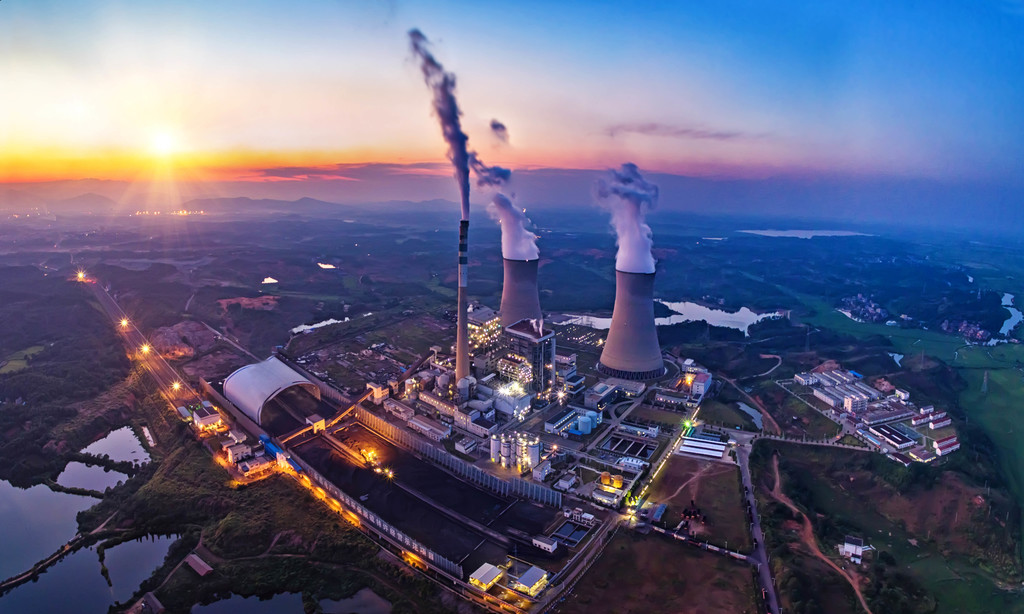 AS THE world becomes more industrialised and our power requirements increase to meet the demand, particularly from emerging nations, so the role of power generation facilities takes on ever greater significance. Finding ways to reduce the world’s reliance on energy, particularly when it involves the consumption of the planet’s natural resources, continues but the demand for electricity shows no signs of slowing. This has led to the construction of new power plant facilities, as well as the upgrading and refitting of existing ones.

Power generation plants - whether they are fossil fuel, nuclear or hydro-electric - all present particular challenges in terms of fire safety. Large quantities of fuel are themselves a quite obvious fire hazard but, add to that combustible/flammable liquids, electrical hazards, combustible dusts and warehousing, and you have a fire load which represents one of the biggest threats of any industrial environment. Another important factor is that power plants are a major capital investment and part of a country’s critical infrastructure in which downtime can have significant repercussions given that an uninterrupted electricity supply is crucial to the functioning of modern day living, both commercial and domestic.

If the beginnings of a fire in a power plant are not recognised automatically and extinguished immediately, the costs of damage can quickly run into millions. This does not have to be in a primary location: fire damage in a secondary area can cause prolonged downtime and interruption to the continuity of electricity production and supply. As such, a wide range of different fire detection and extinguishing systems are employed in the protection of a power plant and all of its many facets. In this article, I will focus on the particular challenges presented by conveyor systems, cable tunnels, risers and flats.

Central to the operation of many power plants are conveyors which carry black and brown coal, biomass, industrial confetti (for Energy from Waste plants), and recycling products. All of these materials are highly combustible, particularly Powder River Basin (PRB) coal from the USA, and have the potential to self-ignite: in the case of PRB in a very short time period. One of the prime causes of fire in such an environment is overheated roller bearings which can ignite dust particles. The sparks generated during welding or maintenance can also easily ignite these thermal loads.

Given the highly combustible nature of the dust particles, the starting point for effective fire prevention is good housekeeping. This requires that the dust associated with coal dust or biomass dust explosions be limited through preventing spills and effective and regular clean-up. Fixed wash-down systems specifically designed for such applications are commercially available and can automate the cleaning process to make it more effective and to also reduce labour costs. To optimise results, these piped installations should be combined with automatic fire suppression/extinguishing media.

However, while implementing efficient housekeeping policies and systems can reduce the potential for fire, it cannot eradicate it completely. A fire condition within a conveyor system can be classified in two ways: a ‘static’ fire on a stationary conveyor belt or within a conveyor mechanism/housing and a ‘moving’ fire when a hot or burning product is imported onto a travelling conveyor belt. Each requires a different form of fire detection to provide fast and effective monitoring.

In the conveyor structure, any product which falls from the moving belt or an accumulation of the settled product is a potential hazard. Similarly, a mechanical fault in a roller bearing or the friction caused with the belt when a roller seizes will generate a build-up of heat which can be sufficient to ignite the belt. This has led to the adoption of a wide variety of different fire detection technologies, from collective reflectors and point detectors (both heat and flame) to obscuration detectors and pneumatic detectors with fusible bulbs. All of these technologies have proved inadequate for this specific and challenging application: either they are prone to unwanted alarms caused by the dust/fog or the sensitivity levels are so low that a fire can develop over several metres of a static conveyor before the alarm is triggered. The most effective technology has proven to be Linear Heat Detection Cable (LHDC) for static fire protection and Infra-Red (IR) heat detectors for moving fire protection.

LHDC is available in two options - analogue or digital - with both comprising a robust cable (featuring a stainless steel armour coating) which generates an alarm if any portion of the cable experiences a temperature above a pre-determined level. In addition to its protective outer core, the LHDC is a sealed cable/wire so is not prone to the water and dust issues that are problematic for conventional smoke/beam/heat detectors in such a hostile environment.

One of the most reliable methods of detecting fires on a moving conveyor is to monitor for infra-red ‘black body’ emissions. Infra-red emissions occur for all materials, with the wave length and the intensity dictated by the temperature. By distinguishing between the emissions from low temperatures and high temperatures, with IR filters selecting only the longer wavelengths, the detectors can identify any hot/glowing embers as the material passes along the conveyor. While some detectors respond to burning product (temperatures from 550°C to 1,000°C), it is much more effective to employ detectors which respond to abnormal temperatures but, importantly, before ignition occurs (temperatures from 100°C to 200°) - an ability not shared by spark monitors and flame sensors. This allows a timely intervention to address the problem before the fire has an opportunity to develop. Without swift detection and extinguishing, the likelihood is that the fire will quickly spread into the holding hoppers, blending, crushing or other processing areas of the plant.

As with the LHDC to protect the upper side of the conveyor, the IR detector should be installed between 1 and 1.5 metres above the conveyor and positioned so that its optical range covers the full belt width. By mounting the detectors at the start of each conveyor, including transfer towers and loading points, it enables the belt to be stopped quickly in the event of an alarm. The detectors can be linked to an automatic extinguishing system - usually a water-spray system - to ensure swift intervention, which is not reliant on a human response.

Because of the dusty nature of the environment, particularly in tunnels and housings through which conveyors typically pass, the IR detectors should have air cleansing for the optical lenses.

As part of the plant operator’s risk management policies, the installation of early warning protection along a conveyor susceptible to conditions of excessive heat is fundamental to avoiding potentially catastrophic fires.

The amount of electrical cabling to operate even a relatively small power generation facility is, not surprisingly, considerable. This cabling is carried through cable trays, tunnels, risers and flats, typically using multi-level trays and/or ladder racking. A fire which damages cables does not have to be a significant one to cause extensive interruption and damage to building structures and processes, as well as the potential ensuing consequential losses. LHDC provides a cost-effective means of detecting the outbreak of fire before such damage occurs.

The LHDC is simply installed above each level to provide rapid detection of overheating cables due to electrical malfunctions or external conditions. By adopting systems which feature zonal monitoring, the area in which the incident has occurred can be identified – a considerable advantage when miles of cable are involved. By adopting metron actuated sprinkler heads, water can be released automatically with little or no damage to cables.

A typical cable tray installation will be arranged into zones, often defined by physical barriers or fire breaks, access ways for firefighting personnel and the zoning required for sprinklers or other extinguishing agents. Each zone will require a length of LHDC and a zone monitor, with the length of the LHDC typically up to 500 metres. The zone monitor may be located in or adjacent to the zone and this, along with the extinguisher actuation signal, provides repeat signals to a control area. The alternative is to install a multi-zone panel in a central location connected via suitable interposing cables to the LHDC and extinguishing control circuits.

This approach to fire protection has been used successfully in many power generation facilities throughout the world. A good example in the UK is Hinkley Point B Nuclear Power Station with its capacity of 965 MW, some one percent of the UK’s total power output and a supply that equates to running 1.5 million homes. LHDC is protecting the cable flats and risers throughout the plant via 140 local zone monitoring units and 600 zonal metron actuated sprinklers.

For the protection of conveyors, there are also many global applications which illustrate the benefits of Infra Red Heat detectors. An automatic fire detection system, featuring air-purged IR detectors, is protecting three conveyors operating at the Tanjung Bin power station, the biggest coal-fired power plant in South-East Asia, as part of a significant redevelopment programme to increase the production capacity from 2,100 to 3,100 MW. Similarly, IR transit heat sensors are being employed in a new-build project in Dubai where the 2,400 MW Hassyan clean coal power station, on completion, is expected to provide a 25 percent boost to Dubai’s current grid capacity, producing sufficient electricity to meet the requirements of approximately 1.3 million people. In this project, the plant’s extensive cable flats and cable trays that run throughout the $3.4 billion plant are also being protected by LHDC.

Power generation is a fundamental platform for modern living and ensuring continuity of supply is therefore a major consideration. Fire safety has an important role to play in this process and selecting the technologies that are best suited to the specific risks of the facilities’ many different facets is vital. This not only ensures the safety of those that work in and around the plants, but avoids the damage and downtime to critical infrastructure that has the potential to impact on us all.