THE NEXT stage in the development of Patol, the dedicated developer of industrial fire safety equipment and systems, has just been announced with the appointment of Iain Cumner MSyI as sales director for the business. 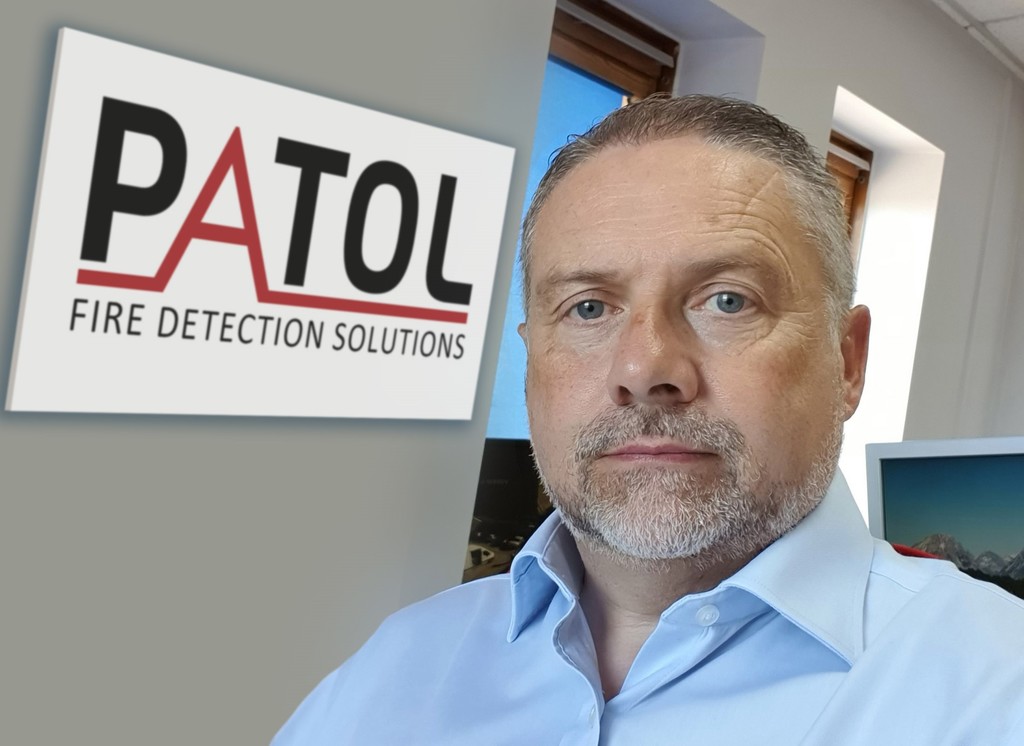 52-year-old Cumner (pictured) joins the company with extensive experience in the fields of security, fire and BMS. Starting out his career with an apprenticeship in electronics at Marconi, Cumner moved into integrated security systems in 1989 with Card Key Systems, one of the first large-scale manufacturers of access control systems here in the UK.

Since then, Cumner has worked for companies ranging from Caradon Trend and Control Systems International through to G4 Technology and Frontline Security.

Cumner’s roles have been focused on sales, both to end users and through the supply chain, with notable contracts which included blue chip projects for companies such as Coca-Cola, Lloyds of London, Amazon Web Services, DPD and Motorola. Working with Motorola, Cumner was responsible for a project which saw an integrated solution rolled out across the company’s whole portfolio in no less than 18 countries.

Cumner joins Patol from Johnson Controls where he most recently worked in developing framework agreements with Tier 1 construction companies for the specification of fire, security and BMS. The focus was on integrated system solutions with a particular emphasis on Data Centres and tall buildings.

The timing of the appointment is part of Patol’s commitment to succession planning, with current sales director Kelvin Miller retiring from the business later in the year.

Commenting on his appointment, Cumner told Fire Safety Matters: “I’m delighted to be taking on this role at an exciting time for the company. While the Patol name is well established worldwide, with the company’s linear heat detection cable providing reliable fire detection in many diverse applications, developments in other areas are also raising the profile of the brand. I see particular growth potential in the thermal imaging technology offer from the company. Throughout my career, I’ve seen the focus on integration increase, with intelligent solutions now developing exponentially through the opportunities afforded by the Internet of Things to deliver significant benefits in terms of Artificial Intelligence and analytics.”

Kelvin Miller commented: “We’re delighted to be bringing Iain on board. I will be working closely with him over the coming months to ensure he has a good understanding of the nuts and bolts of the business such that he can take Patol forward. Given the worldwide nature of our markets, it was important that Iain had experience of both UK and overseas projects. In addition to prestigious contracts here, he has also worked extensively in Europe and the Middle East. He’ll be able to build on the momentum we’ve gained as a business and also identify new opportunities through his particular experience with system integrators.”