AVON FIRE and Rescue Service (AFRS) has completed its move into new headquarters in Porishead, which it will share with Avon and Somerset Police. 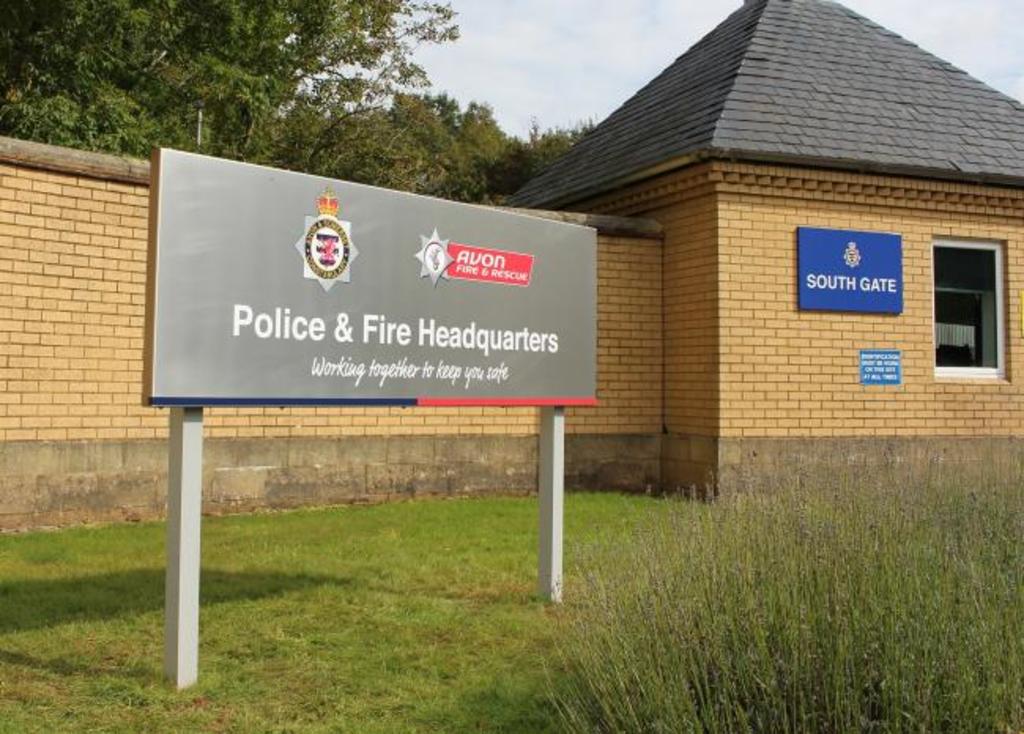 Around 65 members of AFRS’s support staff, along with uniformed officers, senior managers and directors, will move into office space at the renamed ‘Police and Fire Headquarters’ on Valley Road.

Although both organisations will retain their independence it’s hoped the move will represent a saving for Avon Fire Authority and allow creative opportunities for closer working between the two blue light services.

AFRS staff leave behind their former site at Temple Back, which has been home to the fire service since 1973. Fire cover will continue to be provided from the new Temple Fire Station, which opened in 2016 on a smaller footprint at the site, allowing the old Headquarters building to be released following the move.

The relocation was approved by Avon Fire Authority in July 2016. Since then staff from the police and fire and rescue service have been working on plans to bring the move to fruition. AFRS chief fire officer, Mick Crennell, said: “Today represents a new start and an exciting chapter in the history of Avon Fire and Rescue Service. While we will continue to maintain our independence and identity there is no doubt being co-located with our colleagues from the police offers many opportunities to work more closely together in key areas.

“I must give credit for the extraordinary amount of work that has taken place behind the scenes by staff from both organisations in preparation for this move. Today marks the culmination of an immense effort and my thanks also go to the Police and Crime Commissioner and Chief Constable for both their support and this great opportunity.

“The Government has long indicated its desire to see blue light services working more closely together and this is an approach we fully embrace at our new headquarters.”

The relocation of AFRS’s headquarters is the final project in a programme of cost savings launched in 2014 with the aim of making annual savings of £4.5 million. That included the building of the new Temple Fire Station, extending Kingswood Fire Station and building a new fire station at Hicks Gate which allowed the closure of Speedwell, Keynsham and Brislington fire stations

Chair of Avon Fire Authority councillor Donald Davies, said: “This Service has seen enormous change over the past few years which will result in financial savings for many years to come.

“Moving the fire and rescue service’s headquarters makes absolute financial sense as well as the potential for future operational efficiencies. The site we have left at Temple Back had become increasingly costly to maintain so this was an obvious opportunity to significantly reduce overheads and provide our staff with a modern office that reflects current needs.

“The relocation has inevitably impacted on our staff and I am grateful to them for the way they have responded. Our Support Staff and senior managers play a critical role in keeping this organisation running so I’m pleased we now have a Headquarters that is fit for purpose while providing an overall saving to the Authority.

Avon and Somerset Constabulary Chief Constable Andy Marsh added:  “We are delighted to welcome Avon Fire and Rescue Service to headquarters. For many years we have worked together to respond to civil and other emergencies and recently we have started working more closely to manage and reduce demand and to keep people safe.

“We expect the move to help us continue and improve on this good work and at a time when we are facing budgetary constraints, it makes sense for us to fully use the buildings we have.”

Police and Crime Commissioner Sue Mountstevens said: “I am thoroughly looking forward to us all operating under one roof, as we welcome Avon Fire and Rescue Service to Portishead. Becoming a Police and Fire HQ not only makes sense financially but also gives us the opportunity to work more closely as emergency services, providing the best service possible to our local residents.”

Avon Fire Authority is working on a deal to sell the old Headquarters site at Temple Back to developers, which is expected to generate a significant capital receipt. This will fund improvement works planned at Avonmouth, Bath and Weston-super-Mare fire stations.