A HUGE fire has broken out at residential skyscraper in Dubai for the second time in two years. 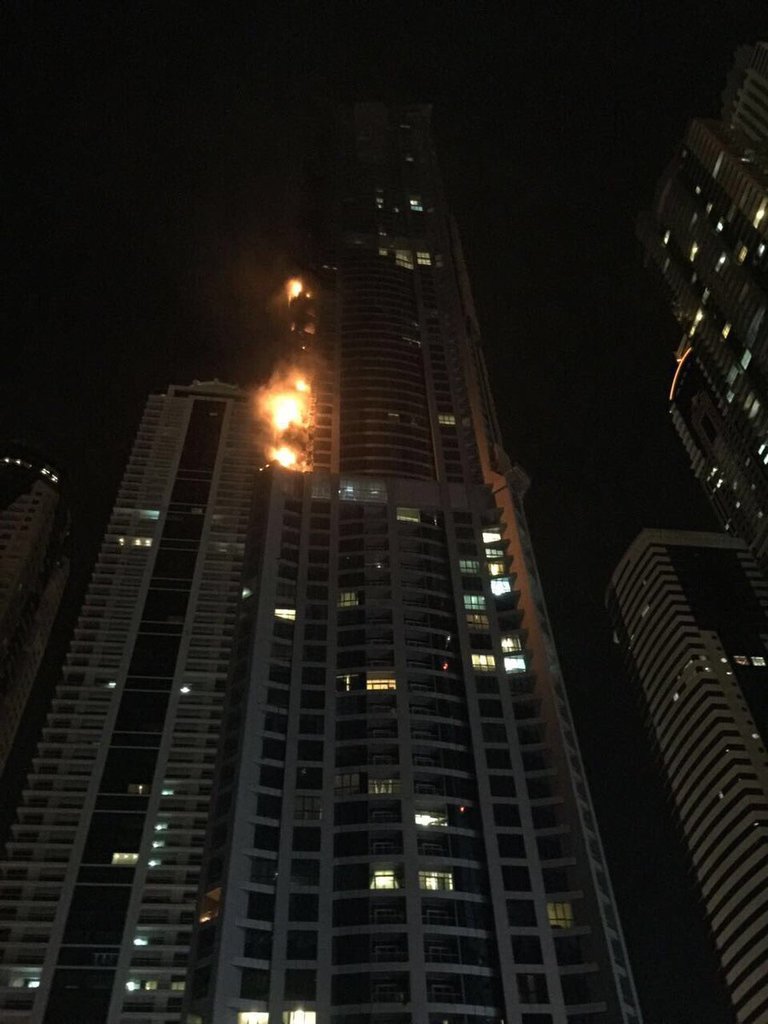 The fire took place at the Torch Tower on 3 August and quickly spread up the outside of the 79-storey building. Fire crews have successfully evacuated the premises and the fire has been brought under control. No injuries have been reported and firefighters are now attempting to cool the tower.

It's believed the fire originated on the 65th floor and witnesses have described the fire spreading up the building at pace and debris falling to the ground. Major General Abdullah Khalifa Al Marri, Commander-in-Chief of Dubai Police, and Major General Rashid Thani Al Matroushi, Director-General of Civil Defence in Dubai, were present at the scene. A statement from the Dubai Civil Defence said: "The fire at the Torch Tower has been brought under control. Cooling operations are underway. No inures have been reported."

This is the second fire to take place at the tower in recent years. On 21 February 2015, a fire broke out from a grill that was being used on one of the resident's balconies and spread into the tower's external cladding. The building was charred from the 50th floor up to the top of the tower and seven people suffered minor injuries.

You can see a video of the latest fire to hit the Torch Tower below.