from across Europe will continue to push the boundaries to ensure that the testing and classification of construction products is suitable and sufficient to ensure the safety of modern buildings. Niall Rowan discusses some of the significant issues affecting fire safety – and in particular passive fire protection – in Europe 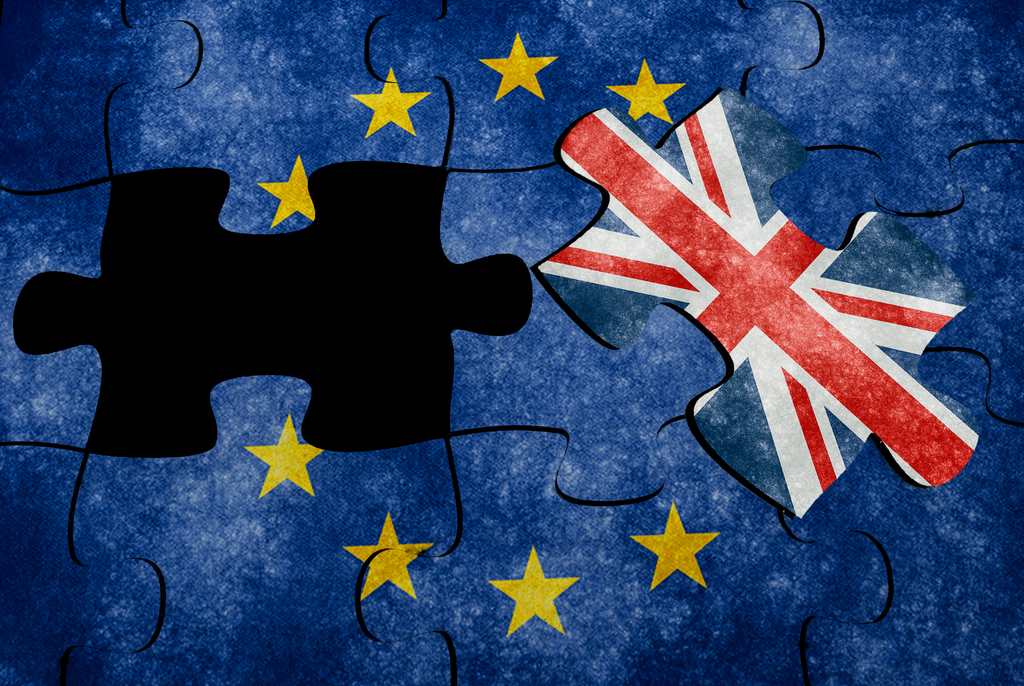 THE FIRE performance of construction products in terms of their reaction and resistance to fire is well documented, understood and codified worldwide. However, the potential for such materials to produce toxic products as a result of fire episodes in buildings in which they’re installed is somewhat less clear cut.

The technology to measure the toxic by-products of combustion released when certain products or materials are exposed to a standard heating regime is well established. In the past, though, authorities around the world have tended to focus on material and product flammability or reaction to fire, compartmentation and structural fire protection (ie fire resistance) rather than the toxicity of products in buildings. The reasons for this are many, the main one being that building products were not considered to be the main causes of incapacitation or death in fires. Instead, fatalities tended to be caused by toxic smoke from building contents such as furniture upholstery.

However, this view changing. Although not due to one particular fire, the Grenfell Tower blaze in 2017 highlighted the toxicity of combustion products from construction products as an issue. In the past, there had simply not been the involvement of large amounts of combustible materials that give off toxic fumes in a residential fire, or so many fatalities.

Materials including polyisocyanurate and polyethylene-filled cladding have been involved in fires in other buildings worldwide, but not to the extent seen at Grenfell. Studies of the victims of the fire have revealed traces of harmful substances in their blood stream which emanated from the building materials. Consequently, it’s right to at least consider that the previous ‘It’s only the contents’ stance needs revisiting.

In considering any proposals for testing, classification and regulation for toxicity, we first have to consider the fire scenario. If we look at the scenario for the flammability or ‘reaction to fire’ of products in buildings then we use the ‘small room scenario’.

Developed by the International Standards Organisation (ISO), this uses a variety of tests from small ignitability tests right up to full-scale burn tests in 3 metre x 3 metre rooms, with the measurement of heat release undertaken using oxygen consumption calorimetry. These tests have been further developed in Europe into the ‘Euroclass’ system, which uses a number of small-scale tests to be able to classify the reaction to fire of materials.

The main test used for reaction to fire is the Single Burning Item test which predicts the time to flashover in the ISO ‘small room scenario’ so we have a scenario which is validated and accepted internationally as being meaningful, severe enough and with sufficient repeatability and reproducibility.

In the same way, in the fire resistance area we have a furnace-based fire resistance test which uses a heat exposure based on the ‘post-flashover scenario’, also used in ISO. Again, the test is accepted as suitably severe, meaningful and with sufficient repeatability and reproducibility.

What about toxicity? It turns out there simply hasn’t yet been a scenario that’s universally accepted. Consequently, when we see ‘shock horror’-style headlines which state that somebody burned something and it produced toxic smoke, it’s meaningless without an agreed scenario to measure it, regulate it or otherwise take it forward.

The EAPFP has aligned interests with Fire Safe Europe (FSEU) – a body lobbying for greater fire safety in Europe – in a number of areas, among them the Construction Products Regulation (CPR) and standardisation activities in the European Committee for Standardisation (CEN) and the European Organisation for Technical Assessment (EOTA). The EAPFP and the FSEU believe that the construction sector is more open to address smoke toxicity and that developing a European system for testing and classification of the smoke toxicity of building products may be a significant improvement for fire safety.

In essence, it would ensure that end users have the appropriate information to make informed choices on which products to use and where to use them, boost the development of products which are less toxic when burned and allow regulators to decide on how to regulate for toxicity.

Such a classification system would need to fulfil two objectives. First, it must ensure the safe escape of all occupants and, second, those occupants’ safety in protected zones such as refuges. A further objective – that of protecting firefighters – is also recognised, but the wide availability of breathing apparatus may make this less of a priority.

In addition, any testing and classification system would need to address lethality versus incapacitation, with incapacitation a more prudent measure as it often leads to death. Also due consideration are the short-term effects (ie asphyxia and irritation) as opposed to the long-term ones, such as the build-up of products in the body. For simplification, the current proposal is to consider only short-term effects.

Finally, unlike the situation with reaction to fire and fire resistance, when considering toxicity we need to look at the type of fire. For instance, whether or not it’s well-ventilated. This is because the products of combustion vary enormously by both quantity and type depending on the supply of air.

Any proposed system must be underpinned by robust testing and classification methods. Several test methods are already being considered, including the steady state tube furnace, fire propagation apparatus, the controlled atmosphere cone calorimeter, the smoke density chamber and the static tube furnace. The next task is to develop the objectives and test methods using a set of fire scenarios to provide a complete methodology for the testing and classification of toxicity for building products.

The EAPFP has not yet formally decided whether it will join the FSEU in its call for regulation for toxicity testing and classification, but firmly agrees that the idea is worth discussion and further development. As a result, the EAPFP is ready and willing to contribute to the debate.

The aforementioned CPR is the key European legislation for fire safety in buildings. Standardisation is central to the CPR and Europe has provided outstanding examples of fire safety standards to the rest of the world through the work of CEN and the EOTA. Through the provision of harmonised technical specifications and CE marking, the CPR has provided better information for end users and more transparency about products and their fire performance. With its associated European classes for both reaction to fire and fire resistance, it has significantly removed barriers to trade.

However, in the last year or so, progress through standardisation – at least in CEN – has almost stopped. Due to legal difficulties following the James Elliott case in which the status of harmonised technical specifications in European Union (EU) law was disputed, the production of harmonised technical specifications has ground to a halt, with the outcome being that further development of CE marking is on hold.

In addition, the European Commission (EC) has been running a consultation on the review of the CPR to steer how it will be changed in the coming years. This has all taken far too long. It’s the belief of the EAPFP and other bodies that this work needs to be restarted urgently to renew confidence in the CPR.

There are other issues which need discussion and amendment in relation to the CPR. The current situation whereby CE marking is mandatory for products using the CEN route, but only voluntary if the manufacturer of the product chooses to use the EOTA route, is deeply unsatisfactory. It leads to a two-tier system whereby, for example, the CE marking of fire dampers is mandatory, but CE marking of the partition in which they’re mounted is not. This makes no sense at all.

Representation on standards bodies within CEN is by means of national delegations from national committees and in the EOTA by means of Technical Approval Bodies. This is unsatisfactory in that it often ignores the huge input of industry into the development of standards. In respect of the knowledge of any product, industry is the main source of expertise. Who knows a product better than those who make it? More industry engagement is crucial.

The situation with dated references in standards is ambiguous and not understood by stakeholders. There’s no need to include these in harmonised technical specifications to ‘control’ test and classification standards. This risks unnecessary re-testing (increasing cost and impeding innovation), compliance becoming extremely difficult (as it will be hard for manufacturers to know which standard is up-to-date) and the standardisation process itself becoming more difficult and time-consuming.

The EAPFP recommends that fire-resistive materials and systems should be required to carry Assessment and Verification of Constancy of Performance 1 or 1+ Levels since it believes that only third party fire laboratories can provide the evidence needed to show compliance with Building Regulations. The Association also believes that continuous third party monitoring of fire-resistive materials and systems is key to ensuring that they’ll show the same fire resistance performance as tested if properly installed and maintained.

The EC has recently updated its ‘Delegated Act’ on fire resistance classes with little input from many stakeholders. While there was a period for comment, it was unbelievably short bearing in mind this was the first review process to be undertaken since the introduction of the CPR. A more formal and extended review period is needed.

Post-Brexit, manufacturers of passive fire protection in the UK and the EU find themselves in a difficult situation with the conformity assessment of products and the application of CE marks causing the most immediate concern. This is affected both by the trade and co-operation agreement established by the UK and the EU and the introduction of the UK’s new CPR to replace the EU’s own CPR.

The main problem is that the agreement doesn’t provide for mutual recognition of conformity assessment of test results. Both the EU and the UK could choose to recognise this, but there’s no obligation on the parties to do so. Currently, both sides have their heads firmly stuck in the sand. The UK has said it will provide mutual recognition for products manufactured in the EU until 1 January 2022, while the EU has offered no such transition period for UK and EU manufacturers who used UK Notified Bodies and Technical Assessment Bodies for testing. This is a major concern for the passive fire protection sector as the UK Notified Bodies are skilled and active in this area.

Efforts by the EAPFP and other bodies both nationally and at the European level are ongoing to relieve this situation, but the clock’s ticking. At the end of this year, a whole raft of product standards, legislation and recognition is needed. At present, there’s no sign that much of this will be ready in time.