ORGANISATIONS AND key individuals within the fire sector have paid tribute to Her Majesty Queen Elizabeth II, who passed away on Thursday 8 September at Balmoral aged 96 having presided over the nation for 70 years and 214 days – the longest reign of any British monarch and, indeed, the longest recorded of any female head of state in history. 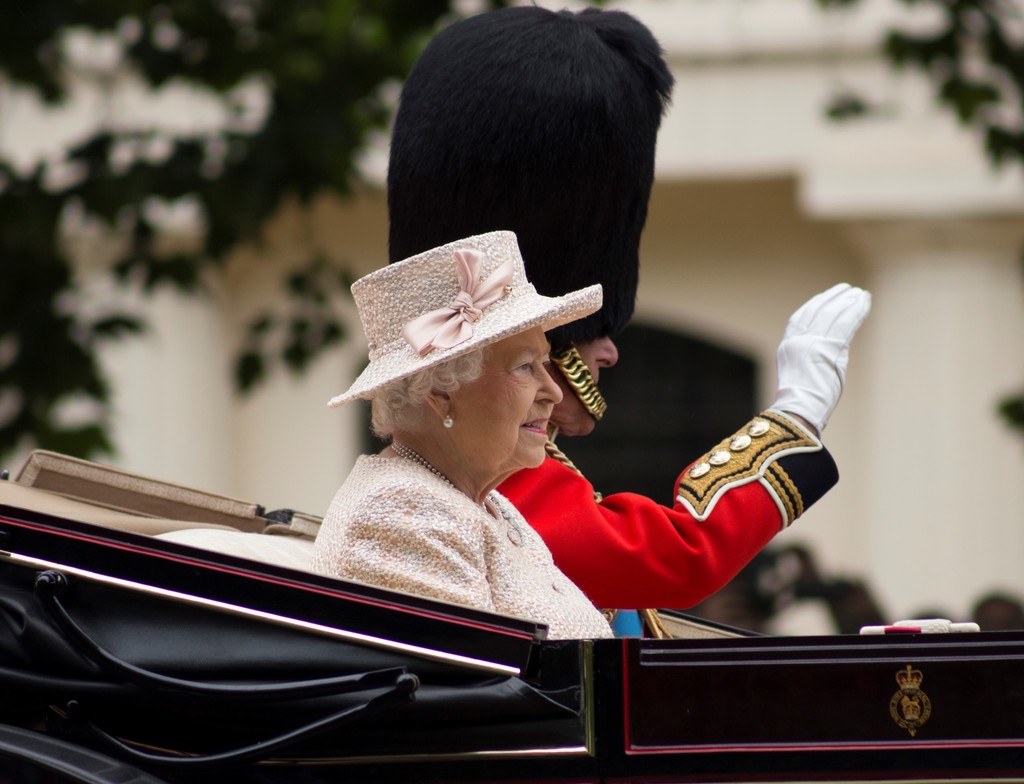 The Fire Industry Association (FIA), BAFE, the Fire Sector Federation, the Institution of Fire Engineers (IFE), the Business Sprinkler Alliance, the National Fire Chiefs Council, the London Fire Brigade and the Fire Standards Board have all issued statements in praise of Her Majesty and her decades of devoted service to the nation.

In a statement issued on its website, the FIA observes: “On behalf of the Fire Industry Association’s staff, its members and the wider fire safety industry, we mourn the passing of Queen Elizabeth II who died at Balmoral Castle at the age of 96 after a remarkable seven decades of public service.”

The Trade Association continues: “As well as a deep loss for members of the Royal Family, the nation and many throughout the world share in their grief. Our Queen was an integral part of the country and its institutions and created a special relationship with us all based on her unstinting service and devotion to our nation. In addition, she was the head of state of 15 other countries once part of the British Empire, and for many years head of the Commonwealth of 54 countries comprising one third of the world’s population.”

Further, the FIA states: “The love that Her Majesty The Queen clearly had for the country and its people was returned by her subjects and we join those around the globe in uniting in mourning, but also celebrating her outstanding life and achievements as our monarch.”

The statement concludes: “Within the fire safety community, there are many that had the pleasure of meeting Her Majesty The Queen during her reign and, indeed, some were honoured by her. The FIA’s long-standing tradition of proposing a formal toast to Her Majesty The Queen was made at our Annual Luncheon last year and, this coming November, we will propose a toast to her memory as well as to our new head of state, King Charles III.”

In a statement issued jointly with FireQual (the specialist Awarding Body for the fire protection industry), BAFE expresses the fact that the organisations are “deeply saddened” by the death of Her Majesty Queen Elizabeth II.

“The Queen was a bastion of integrity and service to the United Kingdom, which both BAFE and FireQual profoundly respected. Her death is a huge loss for everyone.”

In addition, the statement reads: “The Queen had a strong link to the Fire Service College in Moreton-in-Marsh (where BAFE and FireQual are based), having officially opened the site in May 1974. Our respects and condolences go out to The Royal Family and to all affected by The Queen’s passing. Her legacy will live on as an enormously revered servant of the British public.”

Led by executive officer Dennis Davis, the Fire Sector Federation has commented: “It was with profound sadness that Federation members received the news of the passing of Her Majesty Queen Elizabeth II. Members had the greatest respect for Her Majesty’s loyal and dedicated service to the public and send their deepest condolences and sympathy to King Charles III and all members of The Royal Family.”

The Business Sprinkler Alliance has noted: “We are all deeply saddened to hear of the passing of Her Majesty Queen Elizabeth II. She has been an inspiration to us all and our thoughts go out to The Royal Family at this sad time.”

Tribute from the chair

Following the devastating news of the passing of Queen Elizabeth II, Mark Hardingham (chair of the National Fire Chiefs Council) has paid tribute to our longest serving monarch.

“The news about Queen Elizabeth II is incredibly sad, not only for the United Kingdom, but also for people across the world. As our longest-serving monarch, she touched the lives of millions upon millions of people. Not only was she a much-loved Queen, but was also a devoted mother, wife and grandmother, while in parallel serving her country – which she loved – tirelessly and with the utmost pride and dignity.”

Hardingham added: “I would like to pass on my sincere condolences from the National Fire Chiefs Council – along with the thoughts of all UK Fire and Rescue Services – to the Royal Household at this very sad time. The Queen visited many Fire and Rescue Services during her reign and many will have wonderful stories to tell about her time with them.”

Continuing his statement, Hardingham noted: “This news will have a huge impact on the entire world. Fire and Rescue Services will adopt national protocols to quite rightly pay tribute to our Queen, while showing our combined respects during this time of national mourning. It is only right that we both celebrate and mourn this amazing woman who reigned for 70 years at the helm of her family and at the helm of our country.”

Steve Hamm BEng (Hons) MSc CEng FIFireE, CEO at the IFE, has commented: “The Institution of Fire Engineers is deeply saddened to learn of the passing of Her Majesty Queen Elizabeth II. The longest reigning British monarch in history, Her Majesty has been a reassuring constant in a fast-changing world. She leaves behind an unforgettable legacy and we thank her sincerely for her life of exceptional service. We send our condolences to His Majesty The King and The Royal Family at this difficult time.”

London Fire Commissioner Andy Roe has said: “On behalf of the London Fire Brigade, I want to express our deepest sorrow at the death of Her Majesty Queen Elizabeth II. Our thoughts are with His Majesty The King and all members of The Royal Family at this difficult time.”

Roe went on to state: “Queen Elizabeth II was always a firm supporter of the Emergency Services and, in particular, the Fire and Rescue Service. We were delighted when Her Majesty opened our headquarters on 21 February 2008. I have a profound respect for Her Majesty and for the strength, dignity and leadership she has shown throughout her 70 years on the throne.”

The Building Engineering Services Association has also issued a statement on its website. “BESA joins the nation in mourning the passing of Her Majesty The Queen. Our thoughts and sincere condolences are, of course, with The Royal family. Her Majesty Queen Elizabeth II dedicated her life to the service of our country and the Commonwealth. She did so with tremendous dignity, faith and unmatched constancy.”

Caroline Gumble, CEO at the Chartered Institute of Building (CIOB), observed: “On behalf of the CIOB community worldwide, I would like to express our deep sorrow at the sad news that Her Majesty Queen Elizabeth II has passed away. The Queen’s grant of a Royal Charter was a hugely significant moment for us as an organisation, transforming us from the Institute of Building and providing a clear path for us to grow as a global organisation and develop our public interest work.”

Gumble continued: “The Charter also sets the standards to which members are committed and leaves a legacy of excellence and ethical behaviour, ensuring that all business transacted for, on behalf of or in the good name of the Institute is conducted to that standard and in accordance with the directions of the established Royal Charter.”

Finally, the Royal Institution of Chartered Surveyors (RICS) has also issued a statement, which reads: “We would like to express our deepest sadness and condolences upon the death of Her Majesty Queen Elizabeth II. Ruling for longer than any monarch in British history, her lifelong devotion and commitment to public service as Sovereign for the UK and the Commonwealth will never be forgotten.”

The statement continues: “Having just celebrated her Platinum Jubilee earlier this year, the public were reminded of Her Majesty’s selfless commitment to her role as both a unifying and steadfast figurehead throughout seven decades of change. Her Majesty The Queen was the longest serving patron of the RICS, and we had the privilege of welcoming her to our London headquarters to mark our 150th Anniversary celebrations in 2018. During her visit, Her Majesty toured the building and met members of the profession. It was a truly momentous occasion for all involved.”

In conclusion, the RICS said: “Her Majesty’s presence on this day and her unwavering commitment to her RICS patronage will remain a special and important part of our history. Our heartfelt sympathies lie with The Royal Family at this time of national and international mourning.”