Security systems should be integrated into building design at the earliest possible stage in order to ensure they are used most effectively – but they face a lot of challenges in getting there, according to a panel of experts at industry show The Security Event in Birmingham. 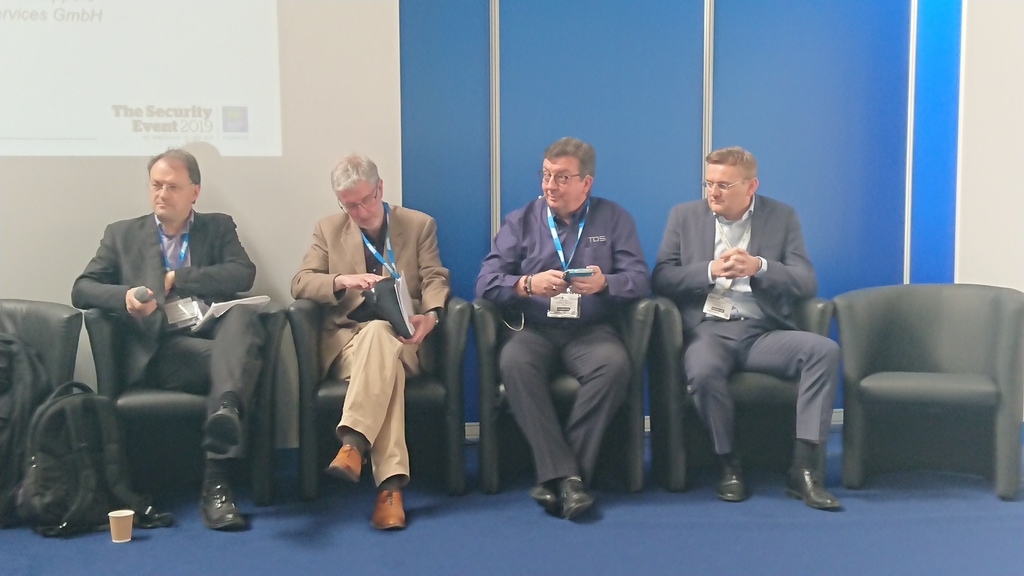 The panellists included John Davies, MD of TDSI, Andrew Sieradzki of Buro Happold, Jan Meiswinkel, CEO of Advancis Software & Services GmbH, and Neil Bennett, Partner at Farrells, and they were discussing ‘Where are we today with integration?’.

Davies said the majority of organisations are still putting in security systems after the fact. “They are reacting to an incident, often, and so they can’t deliver the broad benefits that a security system can offer,” he said. “Instead they protect against what has happened or might happen. 98 percent of video footage is never used, but it could be: to generate information in a retail environment for example, about customer behaviour. Could that same information be used in a prison environment?”

Sieradzki said there are tools available: BINs or Built Information standards, which provide a ‘digital twin’ of a building before it is developed.

“That’s allowing us to think about security integration well before you start building,” he said.

Bennett said security is not at the forefront of an architect’s concerns.

“As a result, by the time things get built their security systems can be out of date due to real world events or technology developments,” he said. “There’s a problem in trying to future-proof. And often control systems and security systems don’t talk to each other as well as they should.”

Meiswinkel said building integration is always a challenge because of the number of participants involved. “It means there’s an extraordinary challenge for integrators to create solutions with all these disparate products and systems,” he said. “It means training and information exchange is vital, and maybe there should be more regulations in place that we should follow.”

Sieradzki said that because buildings are becoming sensor-rich environments there could be vulnerabilities exposed by creating these ‘digital twins’. “If that data is lost, it can be a GDPR issue,” he said. “But more importantly, increasing integration and interoperability could allow the more nefarious among us to use that data to circumvent the systems and find those vulnerable points. It’s a great tool, but it also exposes risks.”

Bennett summed up the possibly greatest integration challenge: responsibility. “Who is ultimately in charge of system integration? When a building is finished, and the control systems talk to the security systems: who is in charged of how that data is used?”