A NEW eye-catching campaign highlighting the everyday accidents that can cause fire in the home has been launched by the Home Office. 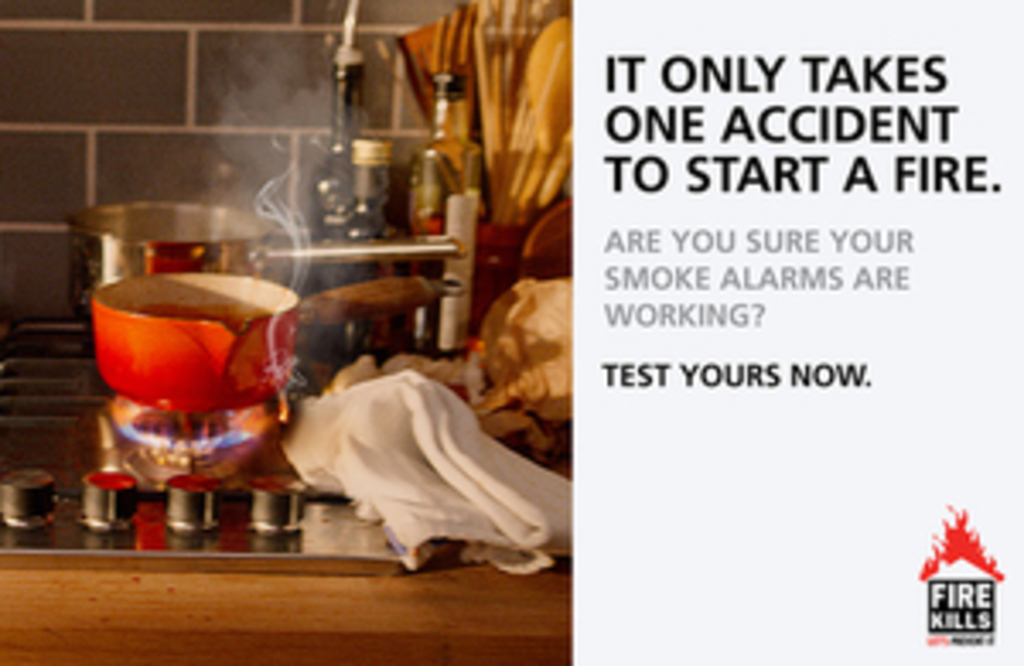 Overloading electrical sockets, leaving a frying pan on the hob unattended and putting an electrical heater too close to laundry are among the hazards shown in the revamped Fire Kills campaign.

Advertising will run across England on television, radio and online. Fire minister Nick Hurd said: "This hard-hitting campaign shows us how it only takes one small accident to start a devastating fire in your own home. Knowing the safety risks, the little mistakes we can all make, is key to preventing fires. Fire Kills has a long history of helping protect people from fire and we are proud to re-launch it."

The campaign, developed with the help of the National Fire Chiefs Council, also urges the public to test their smoke alarms. Previous Fire Kills campaigns focused on the importance of detecting fires, but the new advertising also places emphasis on prevention by highlighting fire risks around the home.

National Fire Chiefs Council Chair of Prevention Neil Odin added: "The National Fire Chiefs Council has worked with the Home Office to ensure the Fire Kills campaign is delivering wider safety messages to the public. As part of our commitment to the campaign, we will be working with all fire and rescue services across the UK. This is to ensure we are working together to target people who are at a higher risk of fires in their home.

"By making a few simple changes, people can reduce the risk of fire, or by sharing this national advice with friends and family, we can all make a real difference in highlighting risks and reducing the number of fires in the home. I am pleased that the campaign has been extended to wider fire safety messaging, and I look forward to seeing the results and evaluation."

According to the latest Home Office analysis of fires, most accidental fires start with cooking appliances (48 percent), usually by a grill or chip pan catching fire or something flammable being left too close to the cooker, such as a tea towel.

While the majority (90 percent) of homes now have at least one working smoke alarm, 23 percent of people say they never test them. It is recommended that a fire alarm is fitted on every level of your home, and tested monthly.

You can also view the campaign’s online porta