Fire safety professionals and architects are justifiably focusing their attentions on ensuring that the designs and materials used during the construction of new buildings and the renovation of existing structures are not just compliant, but also following established industry Best Practice. Here, Joan Ferrer turns his attentions towards fire safety in relation to inverted flat roofs 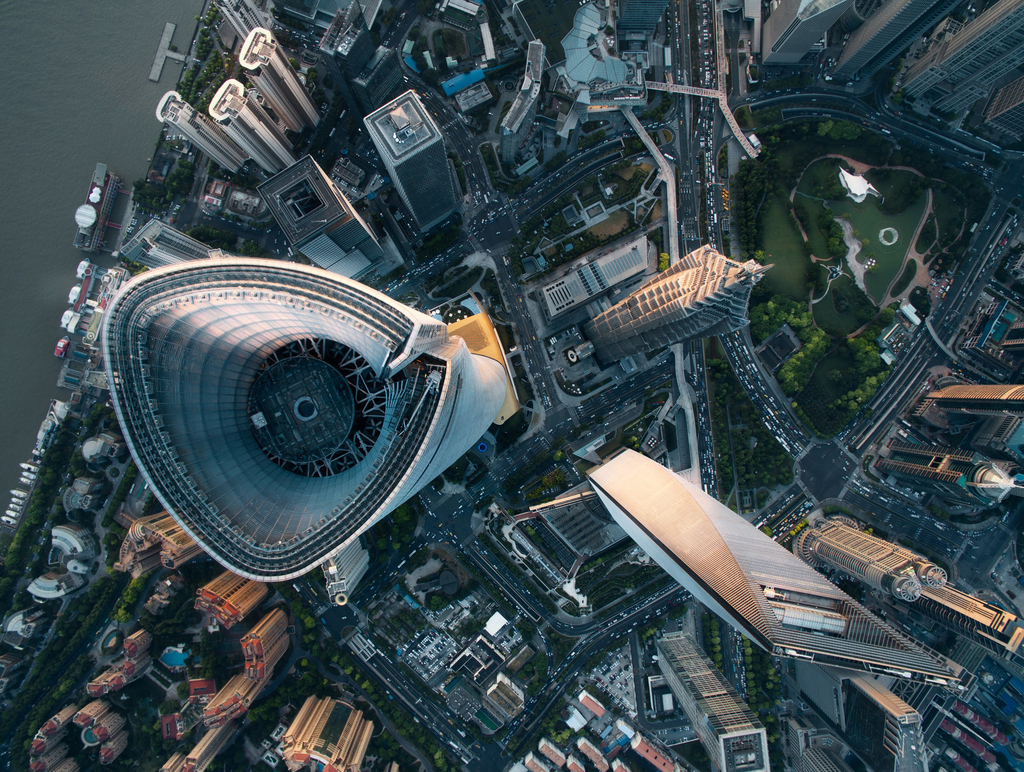 AFTER THE horrific scenes and tragic loss of life at Grenfell Tower in 2017, contractors and building material manufacturers found themselves under the spotlight during the Independent Review of Building Regulations and Fire Safety led by Dame Judith Hackitt and the subsequent ongoing Public Inquiry.

The fire investigators believe that the building design, combined with the use of combustible cladding materials, was a disastrous formula that contributed to the spread of fire, with air gaps and the lack of efficient fire breaks creating a chimney-effect, intensifying the fire and sucking the flames up the building.

Following Dame Judith’s review, the Government enacted the Building (Amendment) Regulations SI 2018/1230, introducing a ban on the use of combustible materials in external walls and specified attachments of relevant buildings (dwellings, institutions and other structures with rooms for residential purposes, eg hotels) which are greater than 18 metres in height above ground level. Consideration continues to be given as to whether the Government should extend this prohibition to buildings of 11 metres or greater in height after the conclusion of a consultation exercise early last year.

There are calls from some quarters for a ban on combustible materials to be extended to all elements of a structure. However, this would be an overreaction and one running counter to decades of evidence that demonstrates how these materials can be used safely in some applications, including when it comes to inverted flat roofs.

In an inverted flat roof, the insulation is installed on top of the waterproofing layer and held in place by paving slabs, gravel ballast, vegetation (in a green roof) or a drainage system (in a blue roof). This design protects the waterproofing membrane from roof traffic and the extremes of temperature, while also allowing for easier maintenance.

Effectively sandwiched between layers of non-combustible material, there’s no pathway along which flames can spread. The concrete deck and ballast provide a protective cocoon, meaning that the fire properties of the insulation have no impact on the fire performance of the roof. This is born out of legislation, accompanying guidance, industry Best Practice, testing and decades of real-world application.

Obviously, there’s a legal requirement for buildings to be designed to prevent the spread of fire from one structure to another and the roof is a crucial consideration in this. Requirement B4 of Approved Document B addresses how external walls and roofs should resist the spread of fire, with Section 12 specifically focused on roof performance and making clear that only roof systems achieving the Broof (t4) classification are suitable for safe use in any roof location. Such systems are defined as being “unrestricted with respect to proximity to a relevant boundary” in the latest British Board of Agrément (BBA) certifications for inverted roof systems.

Broof (t4) is the highest performing classification for a roof system requiring that there be no penetration of a roof system within 60 minutes and flame spread of less than 0.38 metres across the region of burning when conducting the preliminary test. This is of course derived from the European Specification, with (t4) indicating the use of Test 4 as outlined in ENV 1187, the most intensive of the test protocols, and the only one which meets UK fire safety requirements. Test 4 is a two-stage test using burning brands, wind and supplementary radiant heat in a co-ordinated fashion to assess the spread of fire across the external surface of a roof, in addition to fire penetration and the production of flaming droplets or other debris.

In 2000, the European Commission published European Commission Decision 2000/553/EC implementing European Council Directive 89/106/EEC. This exempted specific roof covering products (and/or materials) from requirements for testing, stating that they “be ‘deemed to satisfy’ the requirements for the characteristic external fire performance”, determining that “the external fire performance of many roof covering products/materials is well established and sufficiently well known to fire regulators in the Member States that they do not require testing for this particular performance characteristic.”

To put this in plain English, if a roof is covered by slate, tiles, metal sheeting or several other inorganic non-combustible coverings like concrete paving slabs and lose-laid gravel that are routinely used on inverted flat roofs then the requirement to test a roof build-up is waived. It’s deemed to achieve Broof (t4) regardless of the fire characteristics of the materials enclosed.

Some individuals may be sceptical of this effective carte blanche, but the exemption exists for a reason. It’s simply not necessary to test something when the outcome is already known thanks to decades of safe usage. However, considering the critical importance of fire safety and out of an abundance of caution, some systems which use extruded polystyrene products (Euroclass E) have recently been subjected to Test 4 and duly found to meet the requirements of the Broof (t4) classification with ease.

While European regulations precede the green roof design trend and therefore don’t address this type of build-up, ‘Fire Performance of Green Roofs and Walls’, published in August 2013 by the (then) Department for Communities and Local Government, states that: “In order for green roofs to comply with requirement B4, it’s recommended that, for all types of green roof, the depth of the growing layer should be a minimum of 80 mm and the organic content should not exceed 50%.”

Best Practice for the design, construction and maintenance of flat roofs is described in BS 6229:2018 Code of Practice – Flat Roofs With Continuously Supported Flexible Waterproof Coverings, which details accepted interpretations of the relevant Approved Documents, among them Approved Document L addressing thermal performance.

It’s worrying that, of late, there have been cases where stonewool or cellular glass insulation has been promoted for inverted roof applications, primarily based on them being non-combustible materials. The long-term thermal performance of these materials in an inverted roof system remains an unanswered question and is a concern considering they’re exposed to rainfall which can soak into the insulation material.

Closed-cell insulation materials like extruded polystyrene, which have a proven track record of high performance based on decades of use and extensive testing, have incredibly low water absorption rates. Meanwhile, insulation made from open-cell materials like stonewool have a much greater rate of water absorption, while cellular glass has no long-term test records evaluating the impact of the freeze-thaw cycle or the volume of water absorbed by diffusion.

Why does this matter? While the water will not penetrate the structure as the insulation is on top of the waterproofing layer, water occupying voids in insulation increases its conductivity, in turn lowering its thermal performance. In colder months, this water will repeatedly freeze and thaw, damaging the material, further depleting its performance and reducing its lifespan. Due to this, neither stonewool nor cellular glass is listed as a recommended insulation within ETAG 031 Guideline for European Technical Approval of Inverted Roof Insulation Kits.

Calculating thermal performance is also problematic. The recently revised BBA Bulletin 4 on ‘Inverted Roofs – Drainage and U-Value Corrections’ is abundantly clear that a correction factor accounting for the impact of rainfall is essential for an accurate calculation. These factors are based on decades of real-world material use in a range of environments. Untested and unproven products have no correction factors that can be used. As such, there cannot be confidence that a building will perform as intended.

Finally, consideration should be given to the compressive strength of the insulation. The compressive strength of a material is its ability to withstand pressure squeezing it together (eg heavy loads being placed on top of it). Materials with higher compressive strength allow for incredible flexibility in terms of roof use, permitting pedestrian terraces, car parking, the hosting of heavy plant equipment and green or blue roof systems. While this might not always be used immediately, future potential uses for a building ought to be considered when evaluating a proposed design.

Individuals with the most knowledge of building materials, such as those of us manufacturing and supplying them, have a responsibility to provide clear, accurate and qualified information about the products we sell. We need to share our experience to help people make informed decisions and assist them in selecting the right product for a job rather than dodge difficult questions or try to over-specify in search of extra margin when asked for a recommendation in good faith.

The forthcoming Code for Construction Products Information which is being spearheaded by the Construction Products Association is a vital step in the right direction. This seeks to end the habit of some manufacturers making misleading or unfounded claims about their products, leading to confusion in the marketplace and potential disaster if they’re specified inappropriately.

Hopefully, we will all be able to sleep better at night, safe in the knowledge that spurious claims such as “limited combustion” have finally been confined to the dustbin of history and product information is verifiable thanks to a rigorous and independent testing regime.

There is a near-zero prospect that new Building Regulations or a post-Brexit review of guidance is going to dispense with the requirement to achieve the Broof (t4) classification. We all anticipate there will be further changes to fire safety regulations relating to cladding, but there simply isn’t the evidence to justify a shift from tried-and-trusted solutions for inverted flat roofs.

Building design and material selection is a system of trade-offs requiring compromises between competing objectives, whether that be fire safety, thermal performance or cost. Placing unjustified emphasis on one of these objectives is likely to lead to flawed design and a building that will be unsatisfactory for its occupants.

Post-Grenfell, it’s clear that the construction and building products industries must pay greater attention to fire safety. Rightly, the safety of any building’s occupants must be the primary concern, but that doesn’t mean we should fall into the trap of imagining issues where there are none. As an industry, we can work constructively with fire safety professionals to dispel any misapprehensions and apply Best Practice to deliver safe, high-performance buildings of which we can all be justifiably proud.