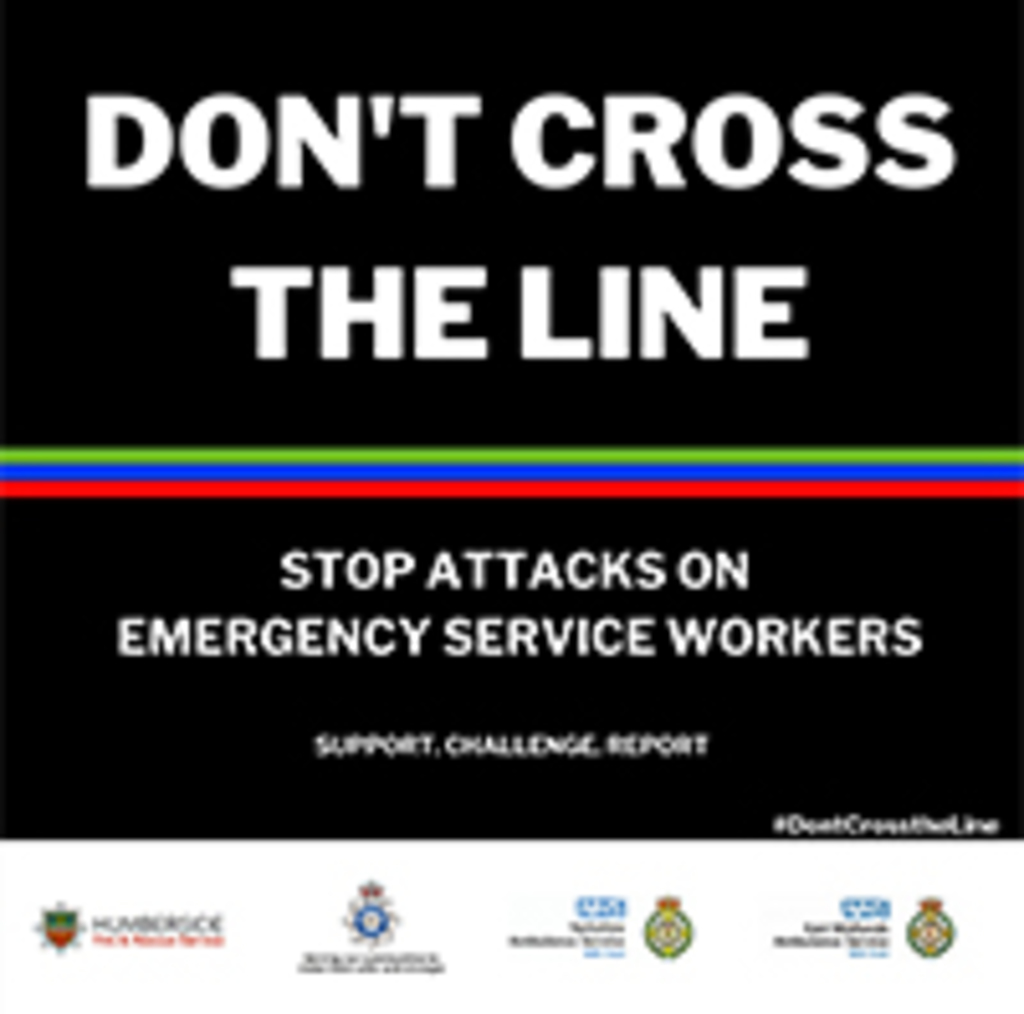 During the period of April 2018 to March 2019, Humberside Fire and Rescue Service reported a total of 17 attacks. Of these, 11 were attacks against Firefighters.

Of the total number of attacks, four of these attacks involved physical abuse, and nine involved objects being thrown at workers or vehicles. Objects include bricks and glass bottles and physical abuse includes punching and being spat at.

During the same period, East Midlands Ambulance Service reported 168 attacks in Lincolnshire alone, and stated 100 of these attacks were physical abuse from a patient aimed towards a staff member.

They have been punched, kicked, spat at, verbally abused and bitten, suffering bruising, cuts, swelling and even broken bones.

Chris Blacksell, chief fire officer and chief executive of Humberside Fire and Rescue Service, said: “Attacks against our Service staff should never be accepted as part of the job; one attack is too many.

“Our main aim with the Don’t Cross the Line campaign is to gather the support from members of our local community to prevent further attacks from happening.

“I would encourage members of the public to share our vision in ensuring we protect our emergency service workers; who work to protect them and ultimately help to save lives.

“We operate a zero tolerance approach to attacks on emergency services staff.”

Emergency services staff who have suffered such intolerable abuse often suffer flashbacks or stress directly attributed to the incident and as such may require time off work.

As part of the Don’t Cross the Line campaign, Humberside Fire and Rescue Service will release footage showing such an attack, available across its social media channels.

The campaign fully supports the Assaults on Emergency Workers (Offences) Act 2018, which sees a jail term of 12 months being handed to those who assault emergency services workers.