Fly-tipping not only creates a mess, it is both costly and potentially dangerous in terms of security risks and insurance premiums, warns the British Security Industry Association (BSIA). 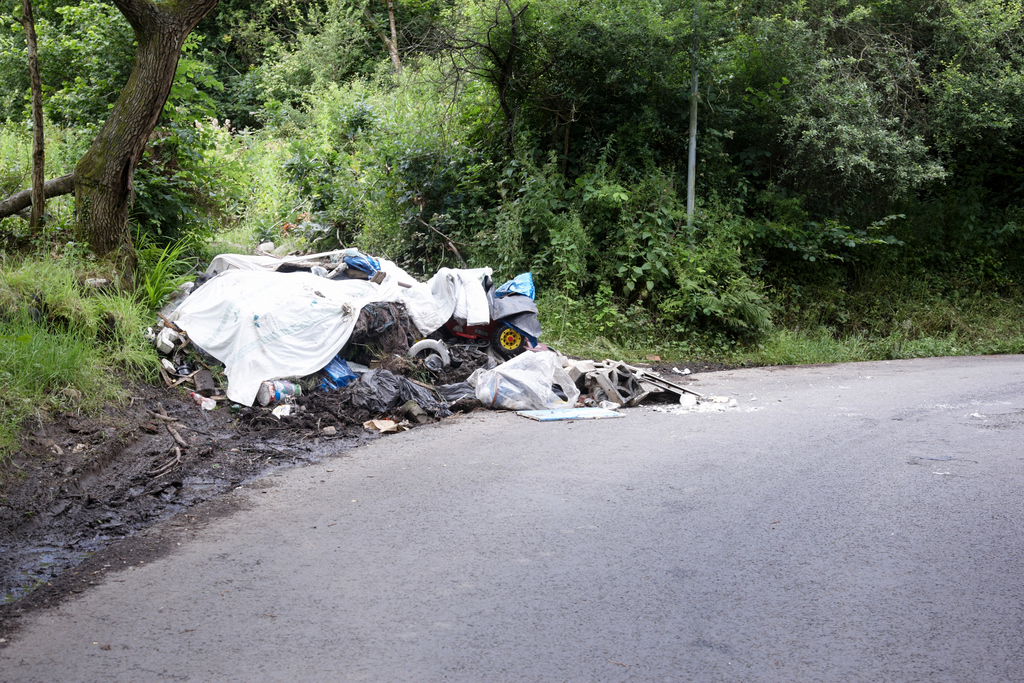 AN INCREASINGLY common site throughout the United Kingdom that affects both rural and urban areas is the illegal tipping of waste in laybys, on farmland, development sites and commercial property. Restrictions on the tipping of waste and the inevitable dumping to avoid paying for waste processing are key factors for this unlawful behaviour, but a far larger and costly crime is occurring on an almost daily basis, and that is the unlawful occupation of land followed by large scale collection and disposal of waste.

This activity is happening on an enormous scale involving the tipping of hundreds of tonnes of waste. The waste is collected from building sites, garden and house clearances and is netting large amounts of money for the criminal gangs who are involved in the process. In most cases the perpetrators are evicted from the site only to move onto another close by and repeat the same activity again and again. The police and other agencies seldom make arrests, prosecute individuals or confiscate vehicles largely due to already overstretched resources focused on serious crime and terrorist threats.

Fly-tipping is a growing issue which can end up costing thousands and in some cases up to seven figures in clean up and insurance claims.  The costs, which might be borne by the landlords of fly-tipping hotspots if they are not covered by insurance, can routinely reach hundreds of thousands of pounds and claims have been known to regularly exceed this figure. Companies who fail to adequately protect their assets, or have been victims of fly-tipping in the past, could find their insurance cost rising and they not the only ones who shell out. Some of the costs are met by taxpayers and, according to the Local Government Association the cost to taxpayers of clearing up fly-tipping rose to £57 million in the past year - up 13% on last year.

The surge in fly-tipping, which can be on open ground or within unoccupied buildings, is down to an influx of organised gangs offering cheap disposal services to businesses and then simply fly-tipping the waste to avoid the payment of landfill tax which is currently £88.95 per tonne.  More sophisticated fly-tippers often set up dummy companies, which advertise cheap skip rentals, take out short term leases on warehouses then fill them from floor to ceiling with waste before moving on before the landlord realises that rent has not been paid and visits the premises to investigate.

Protecting large areas of land from these gangs can prove difficult but there are a number of fairly simple, inexpensive measures that should be considered as it is far better, and ultimately cheaper, to deter a person from entering land rather than having to subsequently evict them and restore the site.  As a minimum it is recommended to install strong metal gates with toughened steel padlocks and anti-lift hinges. If the site is vacant, the landlord should block all vulnerable access points with concrete barriers, securing the perimeter with strong fencing, posts, earth mounds or trenches and ensure the site and perimeter is frequently checked.

It is also worth contacting the police on 101 if you think land is being occupied, though they have only restricted powers to deal with people who breach civil law by trespassing. In certain circumstances, a direction to leave may be made and in the event of noncompliance arrests may follow. However, the powers to remove trespassers are discretionary and will not be used by the police unless considered absolutely necessary. If trespassers do not leave when requested to do so then landowners should go through the normal channels of civil recovery as quickly as possible to mitigate the potential damage and resulting costs.

The BSIA’s Vacant Property Protection section has had keen interest in this problem as it affects many clients in the public and private sector on a day to day basis and they are working closely with the Association’s lobbying team to see what additional government support or legislation can be provided to help address this issue.

Fly-tipping is not just an unnecessarily expensive eyesore it can also be dangerous; tipped rubbish has been known to include specialist and clinical waste which can be hazardous, and mixed waste can spontaneously combust resulting in substantial fires which harm the environment through airborne pollution and contaminated fire-water run-off, which is why it has never been more important to tackle the problem head on.

This column was contributed by the BSIA with contributions from BSIA vacant property protection section chairman Gideon Reichenta and Axa Insurance head of mid-market and customer risk management Dougie Barnet.