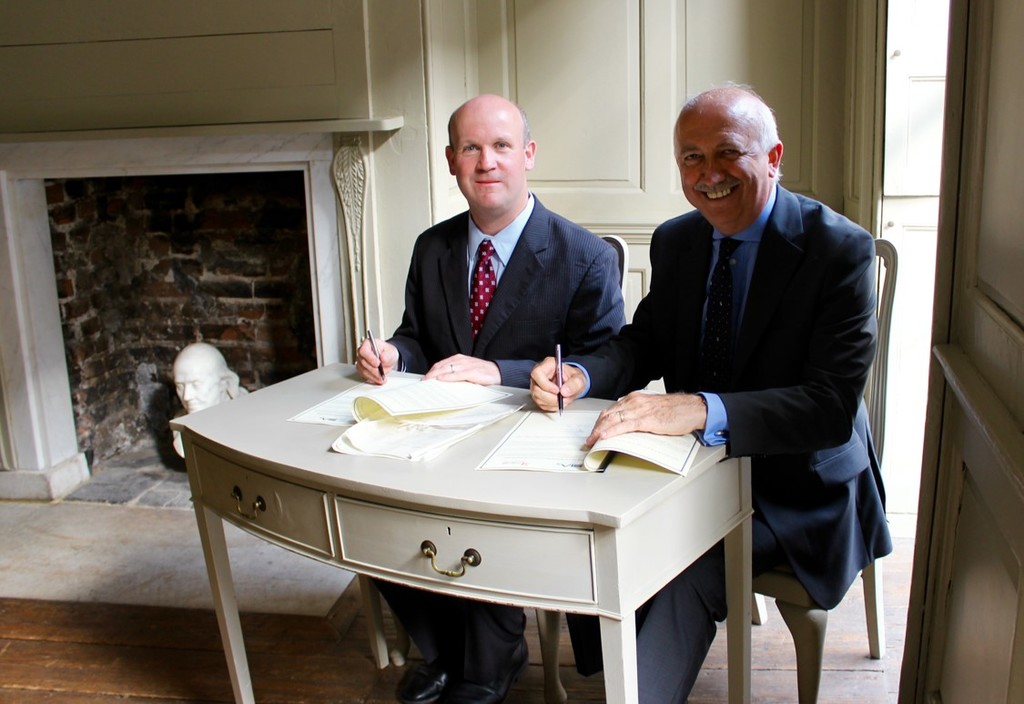 Signed by the chief executives of both associations at London’s historic Benjamin Franklin House as part of the SIA’s visit to London last month, the MOU formalises both parties’ agreement to ‘work collaboratively in the interests of the UK security industry and the US security industry, where to do so would have a measurable beneficial effect on both nations’ security industries’.

The MOU signing was part of a week-long visit by the SIA’s chief executive Don Erickson and its director of government relations Jake Parker, which saw them also attend the BSIA’s Annual Luncheon to forge connections with key UK security providers, addressing them on the new opportunities brought about by recent political changes in both countries, particularly the beginning of Brexit negotiations in the UK and the election of President Trump.

In 2016, the US imported more than £257.4m worth of security products and services from UK companies, making the UK the sixth biggest exporter of security solutions to the USA. Demand is particularly driven by the requirements of US law enforcement agencies for innovative products that meet the latest standards in manufacture and deployment.

BSIA public affairs executive Felix Parker-Smith said: “Although Brexit will have created some uncertainty for some businesses in the UK, it has also opened the door to a multitude of potential new trade deals around the world. Partnerships such as this one between the BSIA and the SIA give confidence to exporters and governments in both nations of the strength of the UK and US markets. Great times lie ahead for both the BSIA and the SIA and I look forward to working with our American colleagues to embrace the opportunities ahead of us.”

Speaking about the visit, James Kelly commented: “It was a pleasure to host Don and Jake in London to learn more about the UK security industry and build on the relationship between the BSIA and the SIA. Don and Jake have both made significant contributions to the US security industry in their own right and it was fantastic to build on the relationship between our two Associations with the Memorandum of Understanding.”

Don Erickson added: “BSIA is a first-class organisation and we were grateful for the opportunity to learn more about the UK security industry directly from BSIA members. SIA is excited by potential collaboration with BSIA in several key areas of mutual interest to our memberships including data privacy, cyber-security, and the development of a U.S-U.K. trade agreement. We also are poised to work closely together to help SIA and BSIA members understand the opportunities and challenges associated with businesses operating in our respective markets.”