Choosing the right fire detection system is vital in complex settings. Ed Browning looks at how to decide which technology is best in environments that are more complex. 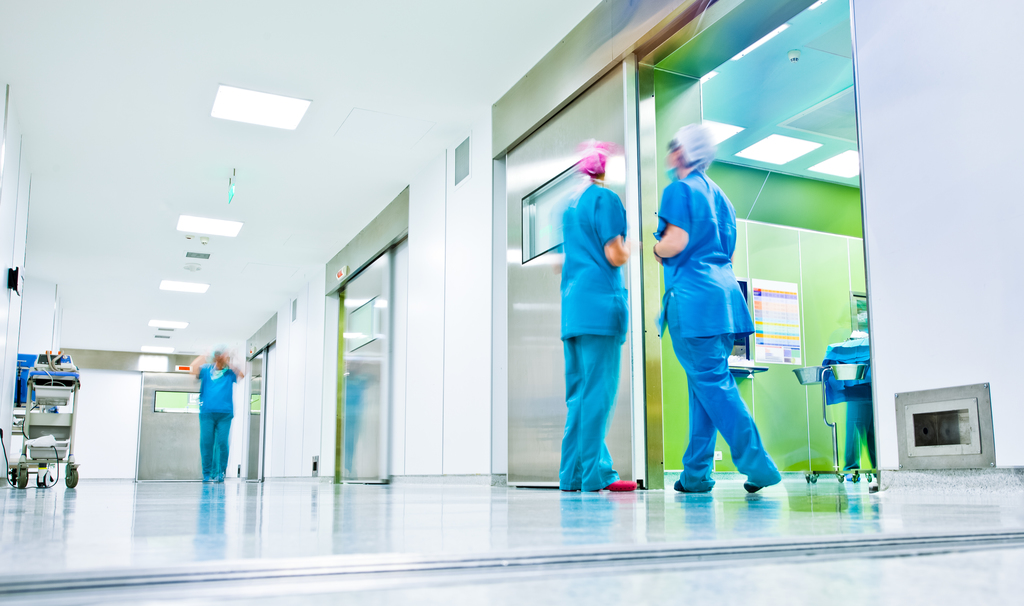 THE FIRE detection market continues to evolve, offering specifiers and installers an increasingly sophisticated array of technology. Keeping up-to-date with new technology is only one part of providing first-class fire detection. One of the biggest challenges to anyone working in the industry is deciding which technology is most appropriate for the chosen application.

The overall objective will always be to save lives and protect property, so to ensure the most reliable protection, the type of fire detector must be considered in relation to the environment in which it will be used. There are certain more complex scenarios that, understandably, present particular challenges when it comes to fire detection. In this article I will explore three such scenarios; where detectors are at a high risk of being tampered with; where individuals are at risk of suicide or self-harm; and where residents are considered as vulnerable due to learning difficulties or certain illnesses, such as dementia.

Tampering of fire detection products generally occurs either because of the type of building or the type of occupant of the building. In hotel or student accommodation, for example, detectors may be tampered with so that the occupant can ‘get away with’ smoking or cooking without setting off the detector. At Apollo we frequently hear about cases of detectors being covered with tape and even rubber gloves to prevent them from being set off.

In custodial or mental health facilities, it may be boredom, anger or frustration that leads to detectors being tampered with. Often detectors are mistaken for cameras so occupants damage them as they believe they are being spied on. In communal areas of tower blocks and social housing, quite often detectors are prone to vandalism simply because they are in easy reach and are seen as something to play with.

Tampering with fire detectors can have catastrophic consequences as potentially no-one will find out that a fire is taking place until it is too late and lives are put at risk. Unfortunately, other than placing warning signs on or near to the detectors, there is little that can be done to deter individuals from damaging them. Consequently, the only way to minimise the risk is to make the detector tamper-proof at the design stage. And that’s exactly what Apollo Fire Detectors set out to achieve with its recently launched Soteria Dimension product range.

Soteria Dimension, and its Specialist variant, were designed and manufactured in response to demand from architects, system designers and installers for a flush-fitting alternative to traditional fire detectors. The hi-tech device utilises the very latest optical sensing technology in a ‘virtual sensing chamber’ which sits outside the detector and operates on the light-scatter principle. This means that the devices can be completely flush-fitting to the ceiling without a protruding smoke chamber, making the detectors more resilient to interference or damage.

The Soteria Dimension Specialist model encompasses all the technology seen within the standard Soteria Dimension device, but is even more resilient to interference as it also incorporates tamper-resistant screws and a stainless steel face plate. If either device is covered, proximity sensors will give a fault signal. In the examples of tampering mentioned earlier, Soteria Dimension would automatically sound an alert flagging up a proximity alert if someone tried to cover the detector in tape or a rubber glove.

While the risk of detectors being tampered is present across a wide range of environments, detectors being used by occupants to harm themselves or even commit suicide is a particular risk in environments such as custodial and mental health facilities. The requirement for an anti-ligature detectors was very much front of mind for Apollo’s product designers when developing Soteria Dimension Specialist and, in addition to the tamper-resistant screws, the detector incorporates an anti-ligature metal faceplate.

While demand for anti-ligature devices across the prison service is still very much in its infancy, we have seen a marked increase in demand from mental health facilities and growing interest from NHS hospitals. Earlier this year, our Soteria Dimension Specialist range was specified as part of fire detection system upgrade at Sevenacres Mental Health Unit in St Mary’s Hospital on the Isle of Wight. The unit meets the inpatient mental health needs of the island’s residents in three specialist wards with single room accommodation. One of the wards, the Seagrove Ward, is an 8-bed Psychiatric Intensive Care Unit which cares for people in a secure environment at the start of their treatment.

When the Care Quality Commission undertook its inspection of Sevenacres in 2017, it identified the risk of conventional smoke detectors being tampered with and used by patients to harm themselves. Consequently, Martin Keightley CFPA-E Dip. MIFPO, Head of Health & Safety and Security at St Mary’s Hospital, part of Isle of Wight NHS Trust, extensively researched the market for anti-ligature fire protection devices, attended a presentation by Apollo and visited Apollo’s test laboratory to see the range in action. The detector has been tested and approved for anti-ligature certification to TS001 and meets the requirements of the Ministry of Justice specification STD/E/SPEC/038. Both device variants have surpassed the requirements of European Standards EN 54 Part 7 and EN 54 Part 17.

TNG Consultancy designed the fire protection system at the Seagrove Ward, working with Wessex Fire & Security on supply and commissioning. In total, 18 Soteria Dimension Specialist devices were installed in Seagrove Ward, controlled by an Advanced Electronics Control panel. Since installation, Martin has praised the products for being well-designed and easy to install, as well as being compatible with other devices at the unit.

Where vulnerable occupants are involved, installation needs to be quick and easy, with as little disruption as possible to everyday routine. Moving a patient with dementia out of their room in a care home, for example, even if just for a short period, can cause distress. Similarly, some individuals with learning difficulties struggle to cope with disruption and changes to their environment.

These factors came into play during a recent upgrade to the fire protection system at five properties owned and operated by Care By Us, a family-run care company operating in Essex and Hertfordshire. The company’s experienced team of carers provides high-quality care and support services to people in their own homes, 24/7 all year round, and also owns five of its own properties. A fire detection system upgrade was essential in these five homes in order to make them fully compliant with the latest regulations and to give the residents the very best protection from the risk of fire.

Local fire protection specialists, PHF Fire, managed the complex project, which required a sensitive approach and, above all, a speedy installation. It was vital that any disruption to life in the care homes was kept to the absolute minimum, so that the carers could carry on with their work and the residents were not distressed by the presence of PHF installation engineers.

An intelligent system of our wireless Xpander detectors was designed to meet the exact requirements of Care By Us and to be compatible with the Kentec Synchro control panel. The wireless devices are very quick and easy to install, without the need for disruptive and time- consuming cable fitting.

Between 15 and 30 XPander devices were fitted in each of the five properties, including sounder alarms in each bedroom which were set to the correct decibel level. The individual detectors, call points, alarm devices and interfaces communicate with the Apollo addressable loop using radio signals. Every XPander product is assigned an address which is recognised by the fire control panel, in the same way as the address of any hard-wired device.

the carers. PHF Fire was able to complete the installation of the new fire detection system in just one day for each property.

It’s clear that there are a number of questions that should be asked when choosing fire detection. To ensure that the best product is chosen for each application, consideration must be given to the environmental conditions the detector will operate in, the type of detector that is best suited to those conditions and, importantly, the characteristics and requirements of the occupants using or residing in the property. There is no ‘one size fits all’ approach when it comes to fire detection and Apollo works closely with fire officers, installers and end customers across the UK to identify the best bespoke solution for every project.