THE 199TH group of new recruits have celebrated passing their training with West Yorkshire Fire and Rescue Service (WYFRS) with a special graduation ceremony at Headquarters, in Birkenshaw. 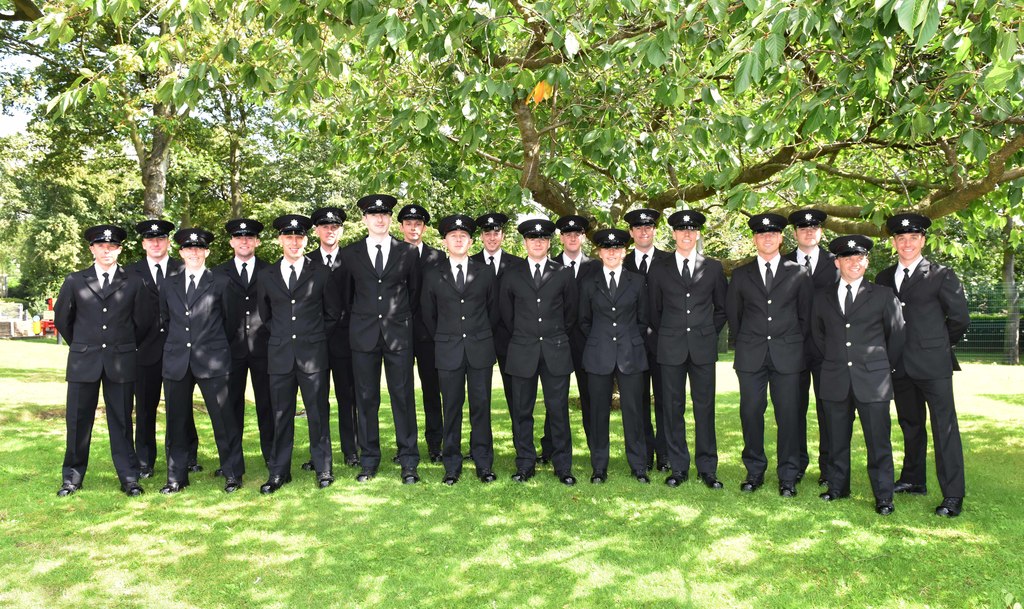 The ceremony was attended by proud family and friends, who watched the firefighters show off the skills they’ve learnt during their 15 week training course. They demonstrated putting out a building fire, rescuing a casualty from a mock-up road traffic collision and extinguishing a car fire. They also treated spectators to a special water display.

Awards were also given out – the best watch award is given to the watch that has consistently reached high standards in all aspects of the course. This includes attitude, practical and written assessment, the breathing apparatus module, the road traffic course module and core skills. On this occasion it was awarded to green watch.

The top trainee award is given to the individual who has set and maintained the highest of standards throughout the course. The recipient on this course was exceptional recruit Molly Barker, who will be working at Halifax Fire Station. Instructors said that from day one Firefighter Barker hit the ground running and has had glowing reports from every department.

Firefighter Barker said: “I feel so honoured to be presented with such a prestigious award. I gave 110% over the 15 week course, so it felt like a long slog to do it at that level. My fellow trainees were brilliant – they helped me in different ways.

“I’m looking forward to getting out to station now and living the firefighter life for real.”

Another award winner was on-call firefighter Ashley Harris, who was presented with the ‘trainees’ trainee award’. It was voted for by all the trainees on the course, who picked the recruit who had shown the best qualities throughout their training.

Firefighter Harris said: “I’m from a military background – I used to be in the Special Forces, and then the Parachute Regiment, so I’m used to the discipline and fitness side of the training. However the skills I learnt over the 15 weeks were all new – how to use breathing apparatus, deal with road traffic collisions and loads of other things.

“I’ve really enjoyed my training – it was such a good and diverse group of people. To win the award after being nominated by them feels really special. I’m looking forward to protecting my local area of Featherstone now. I’ve not actually lived here that long – I’m from Kent originally, but it will be great to be part of that community, by doing my bit to protect them.