BAFE HAS recognised the fourth anniversary of the Grenfell Tower fire and paid its respects to all the people who lost loved ones and their homes because of this event. The fire highlighted multiple areas where substantial change is required to maintain a safe environment for people in their homes and, for its part, BAFE has “strong objectives” to be part of positive change aimed at improving the fire safety arena. As such, the organisation will continue to provide input and support to relevant Working Groups and consultations. 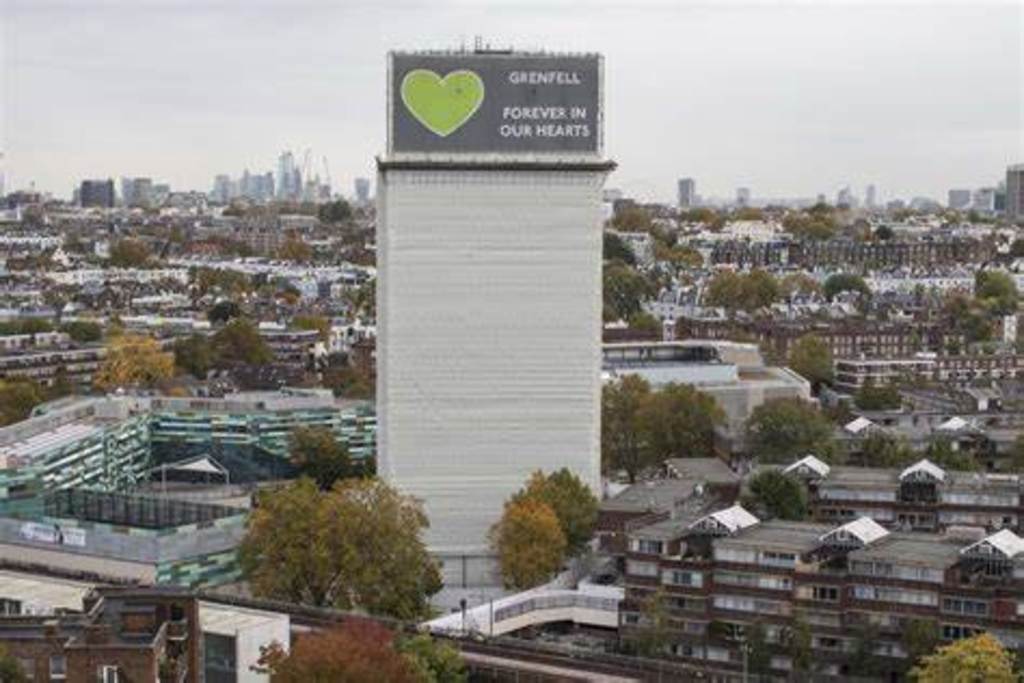 “We always stress the significance of verifying all chosen contractors to ensure they hold appropriate and valid UKAS accredited third party certification and relevant qualifications for the services required,” stated BAFE’s CEO Stephen Adams. “Confirming evidence of competency is part of the responsibility of premises management to exercise full due diligence in keeping occupants safe from any event of fire.”

Earlier this year while representing the Royal Borough of Kensington & Chelsea at the Grenfell Tower Inquiry, James Maxwell-Scott QC highlighted that, in respect of fire risk assessments, “the sector was and remains completely unregulated. No qualifications are required by law. No training is required by law. There was and is no bar whatsoever to anyone seeking to go into business as a fire risk assessor.” (Grenfell Tower Inquiry Day 114, 29 March 2021, Opus 2: Official Court Reporter’s Transcript).

Following on from the fire at Grenfell, key figures and organisations within the industry publicly called for UKAS accredited third party certification to be mandated by Government. “BAFE is fully supportive of such a stance,” commented Adams. “The industry is primed to be part of the solution in raising the overall level of quality and accountability for specific fire safety services that are available.”

BAFE commends the work undertaken by the fire safety and those in the construction sector following the Grenfell Tower tragedy and has itself been actively involved in developments. “We are fully aware of, and share frustrations in witnessing, the long timeframe it’s taking to fully implement stronger measures,” continued Adams. “Requirements for critical life safety work to be performed at a high quality and third party certificated level should be mandatory, but we’re confident this is going in the right direction.”

As far as BAFE’s concerned, the fourth anniversary of the tragedy at Grenfell “continues to highlight the importance of building safety” (including the quality of life safety systems and their efficient maintenance to ensure they remain ready in the event of fire).

BAFE continues to believe that UKAS accredited third party certification is the best and most robust method of evidencing that an organisation has the right systems and expertise in place to perform specific life safety-focused work.

“In our opinion,” concluded Adams, “this is the best option available to regularly monitor competency within the industry. It falls upon all of us to ensure that an event like Grenfell does not happen again. Moving forward, we fully expect the Building Safety Regulator at the Health and Safety Executive to introduce stronger guidance and focus on using evidentially competent organisations. BAFE will continue to be part of establishing a safer built environment with responsible premises management.”

The latest data issued by the Ministry of Housing, Communities and Local Government outlines the sheer scale of the remediation work that remains to be transacted in the UK’s built environment post-Grenfell. Of the 469 high-rise (ie over 18 metres tall) buildings identified with ACM cladding systems unlikely to meet the Building Regulations, work has begun on 217 of them (46%), but that work has not yet been completed. 107 (23%) of these buildings still have ACM cladding attached, while remediation works have yet to start at 36 (8%) buildings.

There’s an ongoing frustration among the survivors of the Grenfell tragedy that no-one has yet been held civilly or criminally accountable for the disaster and that the Government has stalled on the reform of rights for social housing tenants. Thousands more leaseholders of buildings of less than 18 metres in height are affected, too. Of those buildings between 11 and 18 metres in height in England, there are 1.42 million residential dwellings/flats across 76,000 buildings. That offers some scale as to the thousands of leaseholders affected.

Laying of a wreath

The Fire Brigades Union (FBU) is marking the fourth anniversary of the Grenfell Tower disaster by laying a wreath at the site and attending the annual silent walk which marks the disaster. Firefighters will form a guard of honour for the bereaved, survivors and residents of Grenfell.

The Trade Union has also produced a video which marks the anniversary and urges the Government to end the building safety crisis.

The Grenfell Tower disaster claimed 72 lives and has left hundreds more bereaved, traumatised and without a home. Over 250 firefighters attended the blaze in 2017 when no less than 40 fire engines were in attendance on the ground.

Since the disaster, the FBU has remained intimately involved with Grenfell. This has included supporting the bereaved, residents and survivors in remembering victims of the fire, with the Trade Union attending the aforementioned silent walks as well as campaigning in relation to the issues which made Grenfell possible.

This campaigning has included activity to oppose the building safety crisis, which has left people living in dangerous homes across the country. The video, which the Trade Union has put together in order to mark the fourth anniversary of the tragedy, continues this activity.

In the video, FBU general secretary Matt Wrack underlines the danger that unsafe buildings continue to pose by stating: “We still have thousands of buildings with exactly the same cladding” as Grenfell, something that “doesn’t just endanger the residents of the block, but also endangers the fire crews being sent to tackle that fire”. Wrack also calls on the Government to step up its response to the crisis, describing the current administration to be doing “the absolute minimum”.

Mark Hardingham, chair of the National Fire Chiefs Council (NFCC), has also paid tribute to all those who lost their lives in the Grenfell Tower fire four years ago. Hardingham explained: “Today marks the fourth anniversary of the Grenfell Tower fire and I will be reflecting with colleagues on the 72 people who lost their lives. My thoughts are also with those who suffered injuries, along with the families, friends and the Grenfell community which continues to be affected by this terrible tragedy.”

Hardingham has been “shocked” by the public inquiry’s recent findings and the many organisations involved in the refurbishment work at the tower who “neither face up to their responsibilities or take accountability for their actions”.

On that last point, Hardingham stated: “The recent evidence that suggested decisions about the refurbishment were focused more on the aesthetics of the building than the fire safety of those within it will have been distressing evidence to all those concerned. This also further reinforces the difficult situation firefighters faced on the night of the fire and the actions they took to try and save lives in a failing building.”

The NFCC is continuing its work with Government and Fire and Rescue Services to improve the building safety regime and ensure people feel safe in their homes. Hardingham wants to see everyone afforded the right level of protection and safety from fire, regardless of where they live.

Other areas of NFCC work include the Building Risk Review (a review of all high-rise residential buildings over 18 metres tall co-ordinated by the NFCC and supporting Fire and Rescue Services across the country). The NFCC continues to advise Fire and Rescue Services and Government. It’s work focuses on a range of themes including compartmentation, evacuation advice, competence and premises information.

NFCC-led changes have already been used to help save lives (including the use of the NTG20 Talk Group to share risk-critical information).

Also commenting on the fourth anniversary of the Grenfell tragedy, London Fire Commissioner Andy Roe said: “Today, as we mark the fourth anniversary of the Grenfell Tower fire, we remember the 72 people who lost their lives. Our thoughts remain with their families and loved ones, those who survived and the Grenfell community as a whole. They will never be forgotten by the Brigade and we will never stop striving to further improve our service to London’s communities in order to help prevent such a tragedy from happening again.”