THE GOVERNMENT has reset its approach to building safety with a bold new plan to protect leaseholders and make wealthy developers and companies pay to fix the cladding crisis. However, the way forward – in which Michael Gove, Secretary of State for Levelling Up, Communities and Housing targets the sum of circa £4 billion to replace combustible cladding on buildings of heights between 11 metres and 18 metres – may not be sufficient in financial terms. That’s the view of Mike Robinson, CEO of the British Safety Council. 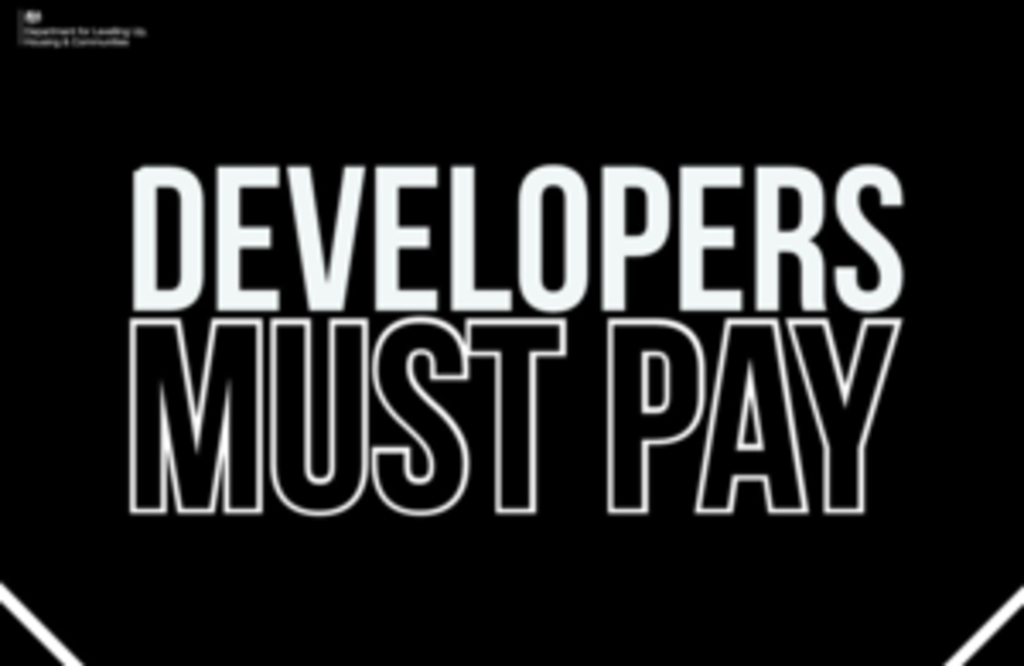 Robinson stated: “The Government’s announcement is a positive step forward as it will hopefully take the burden off many thousands of leaseholders facing large costs to replace unsafe cladding. It’s also right, of course, that the construction industry continues to play its part in helping to resolve these issues.”

He continued: “The Government must also shoulder its own responsibilities, having overseen the regulatory framework that led to the Grenfell Tower fire and other similar tragedies. We need to see all sides taking a positive and constructive approach towards discussions between now and March.”

In terms of the planned funding, Robinson asserted: “The sad truth is that the funding level being targeted here may not go far enough. There’s currently no intention of paying leaseholders’ costs for other issues beyond cladding that are not included in these plans, such as balconies on a building that have been built with flammable material.”

Robinson added: “The Grenfell Tower fire showed how broad the building safety crisis really is, spanning as it does not just construction, but also design, manufacturing, fire safety and building management. There’s really no excuse for it having taken over four and a half years to reach this point, though. The other issues involved here also need to be approached with a degree of urgency.”

Following Michael Gove’s letter to industry, the old proposed loan scheme for leaseholders in medium-rise flats will be scrapped, with industry given two months to agree to a financial contributions scheme designed to fund the new plan. Otherwise, and if necessary, the Government will impose a solution in law. In addition, a new and dedicated team is being established to pursue and expose those developer companies proven to be at fault and force them to shoulder the burden of making buildings safe.

The Government’s four-point plan to reset its approach incudes the following:

*Opening up the next phase of the Building Safety Fund to drive forward taking dangerous cladding off high-rise buildings, prioritising the Government’s £5.1 billion funding on the highest risk

*Those at fault will be held properly to account: as stated, a new team is being established to pursue and expose companies at fault, making them fix the buildings they built and face commercial consequences if they refuse

*Restoring common sense to building assessments: indemnifying building assessors from being sued and withdrawing the old, misinterpreted Government advice that prompted too many buildings being declared as unsafe

“More than four years after the Grenfell Tower tragedy, the system is broken,” said Gove. “Leaseholders are trapped, unable to sell their homes and facing vast bills. The developers and cladding companies who caused the problem are dodging accountability and have made vast profits during the pandemic, while hard-working families have struggled. We are bringing this scandal to an end by protecting leaseholders and making industry pay.”

Gove stressed: “We will scrap proposals for loans and long-term debt for leaseholders in medium-rise buildings and give a guarantee that no leaseholder living in their own flat will pay a penny to fix dangerous cladding. Working with members of both Houses of Parliament, we will look to bring a raft of leaseholder protections into law through the Building Safety Bill. Further, we will restore much-needed common sense on building safety assessments, ending the practice of too many buildings being declared unsafe.”

Dame Judith Hackitt, who chaired the Independent Review of Building Regulations and Fire Safety, responded: “This announcement by the Secretary of State is very welcome and should come as a great relief to the many leaseholders who have felt trapped by the prospect of having to pay for remediating defects to properties which they bought in good faith. Those who caused the problem now need to step up, take responsibility and show some leadership. This problem has gone on for far too long. We need a rapid solution, not months of debate and negotiation that would leave innocent leaseholders in further limbo.”

The announcement that industry is being put ‘on notice’ follows the suspension of Rydon Homes from the Government’s ‘Help to Buy’ scheme last month and the decision taken by Mercedes to end its sponsorship deal with Kingspan.

Gove intends to convene a meeting with developers over the next few weeks, and then report back to Parliament before the House rises at Easter with a fully funded plan of action including remediating unsafe cladding on buildings between 11 metres and 18 metres in height. Should industry not come to the table and agree to a solution, the Government will be forced to impose one.

Clauses in the Building Safety Bill will allow the Government to introduce a levy on the developers of high-rise buildings, thereby building on the 4% tax on the largest most profitable developers, which itself was announced in this year’s Budget and is expected to raise at least £2 billion over the next decade to help pay for building safety remediation.

To ensure that every dangerous building has the necessary work done to make it safe, the Government will open up the next phase of the Building Safety Fund later this year and “focus relentlessly” on making sure that it’s risk-driven.

In a bid to provide more transparency, leaseholders will also soon be able to access a new portal which will show them the status of their building’s application to the Building Safety Fund.

To protect blameless leaseholders resident in buildings over 11 metres tall from short-term enforcement of excessive bills and potential bankruptcy, the Government intends to introduce a series of rapid measures.

An additional £27 million of funding will see fire alarms installed in all high-risk buildings in order to keep residents safe and end what the Government deems “the dreadful misuse” of costly ‘Waking Watch’ measures, which are usually paid for by leaseholders.

The Government will also work with MPs and Peers to consider further amendments to the Bill to enshrine protections for leaseholders in law, and will continue to work across Government to ensure leaseholders are protected from forfeiture and eviction due to historic fire safety costs.

Changes to grant funding guidance will help those in shared ownership homes who want to sub-let their properties and encourage landlords and lenders to approve requests in recognition of the hardship shared owners are facing.

The Government also plans to introduce amendments to the Building Safety Bill to retrospectively extend the legal right of building owners and leaseholders to demand compensation from their building’s developer for safety defects up to 30 years old. The Bill currently covers defects up to 15 years old. That being so, this amendment will afford thousands more leaseholders the right to challenge.

To help restore common sense to the market, Michael Gove has insisted there must be fewer unnecessary surveys and far greater use of sensible risk mitigation-related fire safety measures such as sprinklers and alarms.

Following its statement issued back in July, the Government is withdrawing the Consolidated Advice Note (interim guidance which has been “wrongly interpreted by the industry” as requiring remediation of all cladding irrespective of building height).

As reported by Fire Safety Matters, the Government is also supporting updated guidance (ie PAS 9980:2021), produced by the British Standard Institution, to help fire risk assessors take a proportionate approach towards the assessment of walls and avoid entire cladding replacement works where safe to do so.

In the minority of buildings where valuers deem EWS-1 Forms are still necessary, the Government will introduce an indemnity scheme for building assessors to give them greater confidence to exercise professional judgement.

The Government is also set to begin auditing building assessments in order to make sure expensive remediation is only being advised where necessary to remove a threat to life. New data from lenders demonstrates that EWS-1 Forms are requested by lenders for fewer than one-in-ten mortgage valuations for flats, while lenders are encouraged to continue to minimise their usage in medium and lower-rise blocks.