THE BUILDING Research Establishment (BRE) has collaborated with the Scottish Government, the Scottish Fire and Rescue Service, the Fire Industry Association (FIA) and FIA member company Detectortesters to conduct a joint research study supported by the BRE Trust. The research group has worked together to determine the optimum replacement periods for optical smoke alarms (as used in domestic dwellings) and for optical smoke detectors deployed in commercial premises. 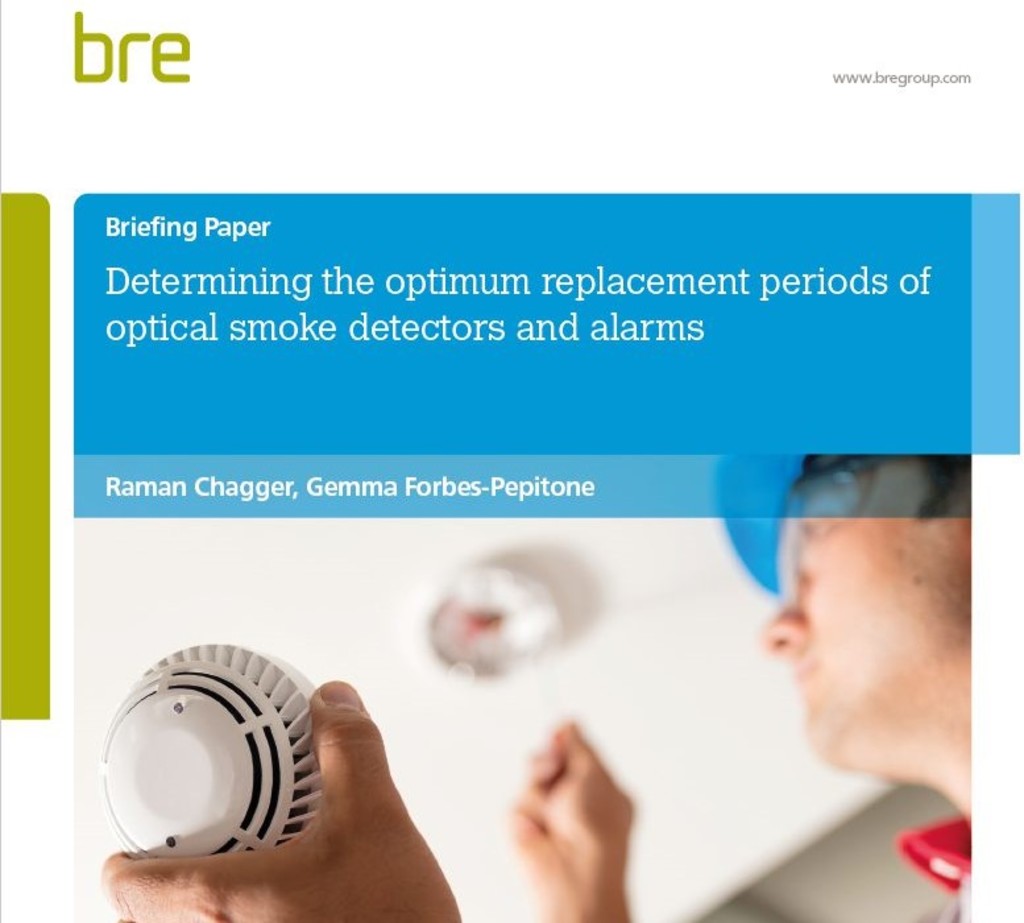 In the UK, there’s no strict mandatory period of replacement within British Standards BS 5839-1 for commercial smoke detectors and BS 5839-6 for domestic smoke alarms. While some countries such as Germany and Spain do have them, there appears to be no independent evidence to support the replacement periods.

For many years, optical smoke detectors have been preferred and dominantly used in the commercial sector. In times hence, the use of optical smoke alarms and detectors is expected to be dominant in the built environment, so this latest research work focused on optical devices only. Ionisation-centric devices were excluded from this study.

By analysing the sensitivity responses in tandem with the age of the devices under examination, the research group has recommended replacement periods for commercial smoke detectors, with and without drift compensation, as well as for domestic smoke alarms. Further recommendations have also been made to improve practices around the use of these life safety devices.

Four further recommendations have also been made. These are to:

*test more old smoke alarms and detectors in the future

*label the installation date on smoke alarms and detectors

*perform a similar study with heat alarms tested in situ

BRE Global is now exploring a similar collaborative study involving heat alarms (present in domestic kitchens) in a bid to investigate whether these devices – when contaminated with dust and oil – could result in a delayed response during a fire scenario.

*Full copies of the report entitled ‘Determining the Optimum Replacement Periods of Optical Smoke Detectors and Alarms’, which is authored by Raman Chagger (principal consultant on fire safety at the BRE) and Gemma Forbes-Pepitone (fire consultant at the BRE), are available to view online. The BRE has kindly requested that individuals do not download and circulate this Briefing Paper, but instead inform their colleagues and others of the URL. Doing so will greatly assist the BRE in gauging the level of interest in its publications, while also enabling readers to provide feedback