POLICE OFFICERS will be given new, personalised Stop and Search powers targeted at known knife criminals under plans outlined by the Government. Serious Violence Reduction Orders (SVROs) are designed to ensure repeat offenders are more likely to be caught and put in prison. 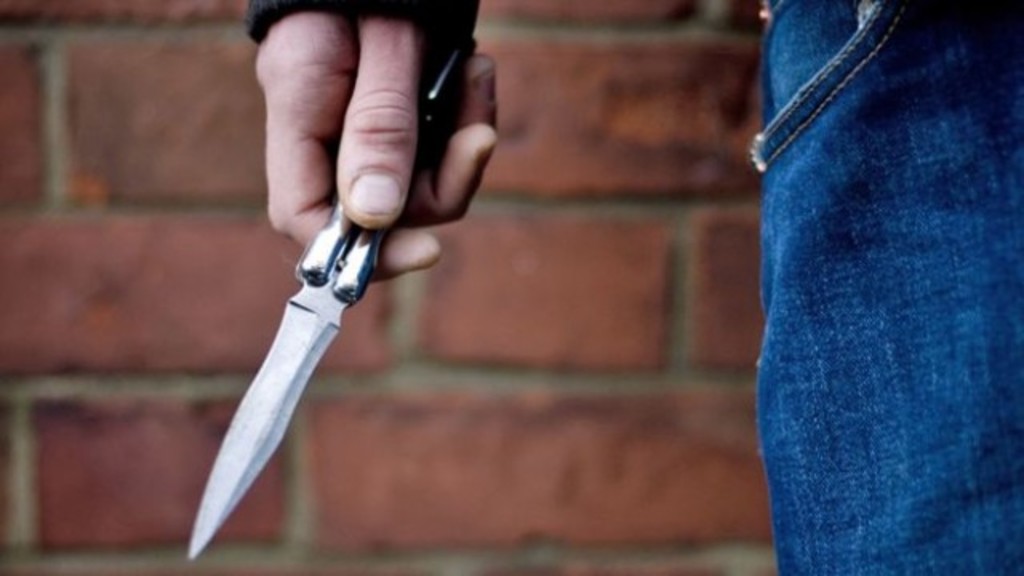 The new SVROs could apply to individuals previously convicted of carrying a knife or an offensive weapon, including those who have received non-custodial sentences such as community orders or suspended sentences.

The SVROs would be imposed by a court, which could also decide on the exact length of the order.

Police could then Stop and Search those who are subject to an SVRO in order to check if they’re unlawfully carrying a knife or an offensive weapon again.

If caught and convicted for a second time, offenders could then expect to receive a custodial sentence under the existing ‘two strikes’ legislation brought in by the Criminal Justice and Courts Act 2015.

The new SVROs, which build on existing Stop and Search powers, will help the police to better target the small minority of persistent offenders who repeatedly flout the law.

Crime and Policing Minister Kit Malthouse said: “Knife crime has a devastating effect on young lives and our neighbourhoods. Our ambition is for these new powers to transform the way in which Stop and Search is used by targeting the small number of the most serious and persistent criminals.

The law-abiding majority should not have to live in fear, which is why we’re taking action across all fronts to keep them safe.”

Assistant Chief Constable Jackie Sebire, the National Police Chiefs’ Council’s lead for serious violent crime, explained: “We welcome this consultation and the opportunity it gives communities and partners to contribute their thoughts on the proposed power. We know that it’s only by listening and working together that we can bring about the sustained changes needed to tackle the harms of knife crime.”

Patrick Green, CEO of the Ben Kinsella Trust, added: “We’re pleased that the Government is setting out to do more to take knives and those who choose to persistently carry them off our streets.

Reoffending rates have been one of the scourges of knife crime. The new SVROs give us a chance to look again at Stop and Search and what more can be done in the courts to reduce offending. We welcome the Government’s decision to open the SVROs to consultation. This will enable front line organisations to lend their expertise and experience to these orders.”

The Home Office has launched a public consultation to seek views on the design of the SVROs.

They are a key part of the Government’s wider commitment to reducing violent crime and making the UK’s streets safer.

The consultation will run for eight weeks, ending on 8 November. Views will be sought on how the SVROs could work, including monitoring and reporting requirements to ensure transparency and accountability.

The overriding aim is for the SVROs to help the police to take an intelligence-based and targeted approach towards those who pose the most serious threat, thereby keeping communities safe and strengthening police-community relations.

The SVROs, which were a manifesto commitment, were proposed by the Centre for Social Justice in a 2018 report.

Andy Cook, CEO of the Centre for Social Justice, said: “This consultation on SVROs is an important step in the right direction. SVROs send a strong message that violence and carrying weapons can and will be stopped. It’s also about understanding the need to step in and help those caught up in violence to turn away from gangs and seek help. This is both tough and compassionate and shows that decisive action is being taken to put an end to violence.”

Further, Cook explained: “Our research tells us that these measures are supported by the great majority of people living in some of our most deprived communities who want to see the scourge of knife crime and the routine carrying of weapons brought to an end.”

The SVROs will complement Knife Crime Prevention Orders, which will be available to the courts when the police believe a person aged 12 or over is regularly carrying a knife or upon conviction for an offence involving a knife or violence.

Knife Crime Prevention Orders are intended to be preventative and help people avoid being drawn into knife crime. They include positive requirements such as attendance at educational courses or drug rehabilitation.