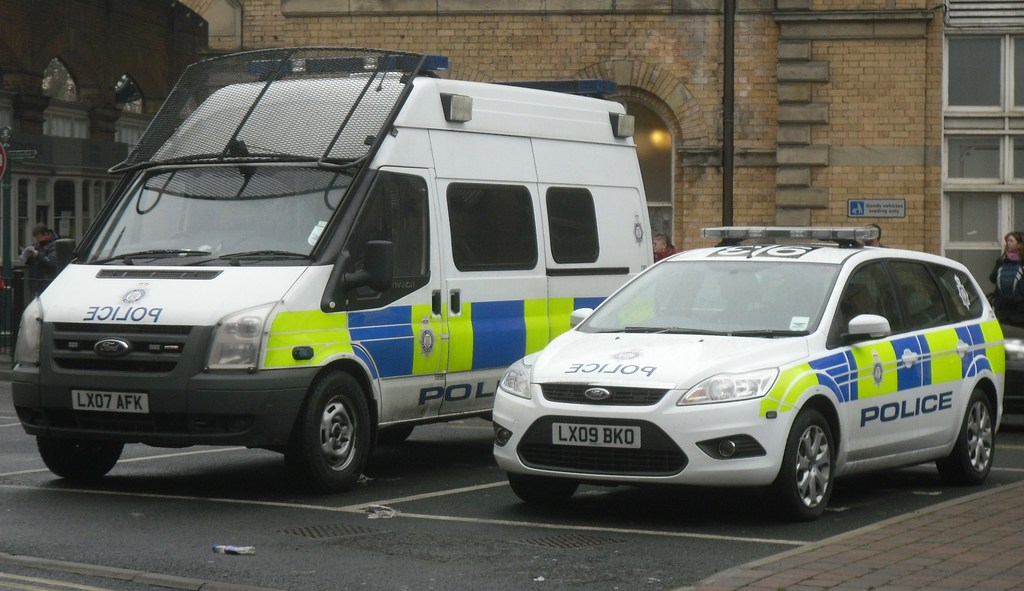 The new legislation means tougher sentences for those who assault emergency workers, including NHS workers and prison officers.

Chief fire officer John Roberts said: “We are absolutely delighted to see this bill become an Act of Parliament, especially ahead of our busiest time of year over the bonfire period when we historically see a sharp rise in attacks on our firefighters, which often involve stones being thrown at them or even fireworks being used as weapons against them.

“To support the Protect the Protectors bill we started our own campaign called More Than a Uniform to highlight the unacceptable behaviour firefighters face when merely going about their duties and serving the public.”

Chair of the Fire Authority, councillor Judith Hughes, has been a staunch supporter of the campaign and spent time with firefighters attending incidents over bonfire period last year along with Halifax MP Holly Lynch and Bradford South MP Judith Cummins.

Cllr Hughes said: “The Fire Service has received a great deal of support from MPs and members of the public who recognise that this sort of behaviour, albeit by the reckless few, is downright dangerous and will not be tolerated.

“We thank all those who have stood with the emergency services in supporting this bill and we hope that the prospect of more severe penalties will act as a deterrent to those who may be considering targeting our firefighters.”

During bonfire weekend 2017, there were 18 reports of attacks on firefighters over two nights.

West Yorkshire Police have also been hampered by attacks on their officers.

Dee Collins, chief constable of West Yorkshire Police, said, “We are delighted that the ‘Protect the Protectors’ bill has received royal assent and has now been introduced in to law.

“There are many reasons why people join the emergency services but at the heart of it is the desire to help people. It does not help anyone when blue light crews come under attack and in the worst case scenario can actually result in responders having to be taken off duty to receive medical attention.

“We hope that with the tougher sanctions now in place, the uniform will be seen as a deterrent and not a reason to attack the person wearing it.”

West Yorkshire Police and Crime Commissioner, Mark Burns-Williamson added, “To have now reached the milestone of a Royal Assent, is true testament to the unwavering support of all those who have helped to progress this extremely important bill.

“I have given my full backing to the ‘Protect the Protectors’ campaign, as I know the absolute importance in helping to safeguard police officers and other front line emergency workers as they go about their business on all our behalves.

“Working very closely with Halifax MP Holly Lynch and the West Yorkshire Police Federation particularly, we have increased parliamentary awareness, which has resulted in this positive outcome.

“I have also continued to highlight this issue within my role of Chair of the Association of Police and Crime Commissioners (APCC) generating further traction along the way, whilst also raising the campaign directly with the Home Office and Home Secretary to help progress the legislation.

“This legislation will bring tougher sentences for offenders sending out a strong message and help to reduce attacks on those who put their lives on the line every day for the safety of others.

“Whilst it signifies a turn in the tide against perpetrators, I think it also illustrates just how much we all value our emergency services and the difficult jobs they all do.”

Stephen Segasby, deputy director of operations at Yorkshire Ambulance Service NHS Trust, said, “We are delighted that the ‘Protect the Protectors’ legislation has finally been introduced and we hope that it will act as a deterrent, reinforcing our message that there is never an excuse for abusing the people who work so hard to help others in times of need.

“Emergency services staff do a difficult job, often in challenging circumstances. Physical and verbal abuse against any member of staff is completely unacceptable.”

“Whilst this has been a big team effort with a great deal of public and political support, it is rare for a backbench opposition MP to secure a law change, so I’m delighted that this campaign has been a success. I’m proud to have support the many hard-working men and women who face serious assault and abuse simply for doing their jobs trying to keep us all safe and well.”