A man was badly burnt and left with scars on his leg after a vape exploded in his pocket when it came into contact with his keys. 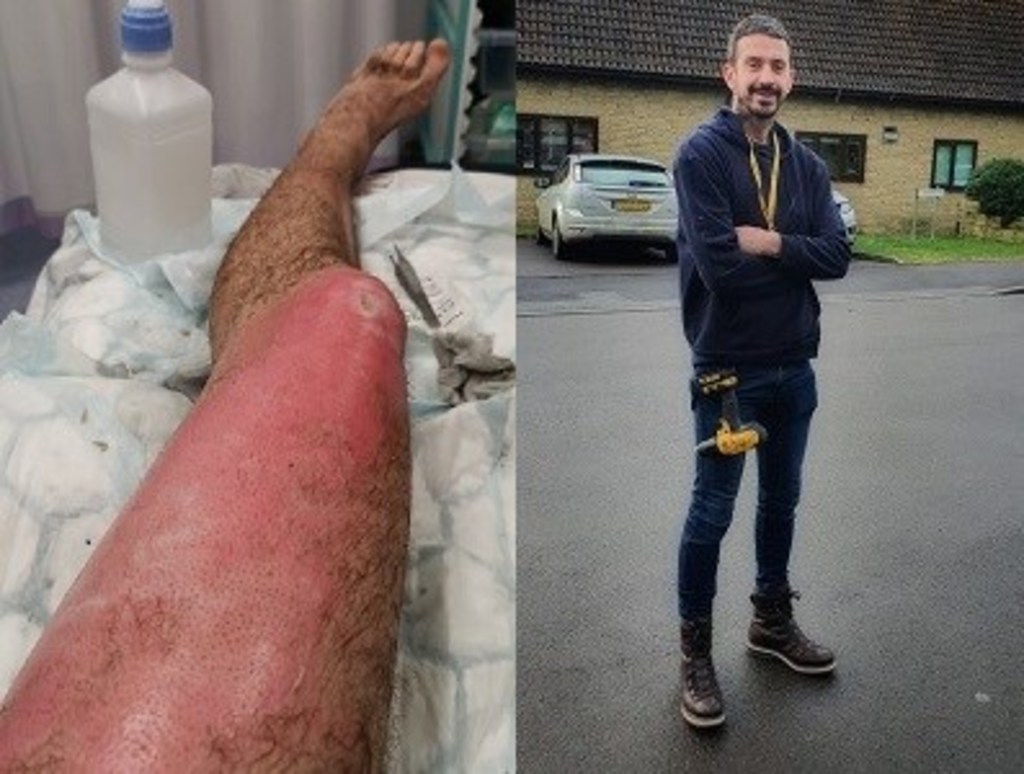 Fortunately for contractor Richard Bingham, he was at Whittington Hospital in Upper Holloway, London working when the accident happened and was immediately rushed to A&E for treatment.

Now the 37-year-old has joined London Fire Brigade in supporting an Office for Product and Safety Standards campaign which launched on Monday 17th February to highlight the potential dangers of using vapes.

The dad-of-one said: “I could hear a hissing and popping and I was looking around asking what it was. Then it stopped and all of a sudden I felt this heat in my pocket and I knew straight away what was happening.

“It all happened so quickly but I have never felt pain like it. I can laugh about it now but I’ve never been so scared – it was like a bomb going off in my pocket.”

Richard suffered third degree burns on his left leg and also had blistering to his hand where he’d tried to retrieve the vape. Luckily, he didn’t need to have skin grafts but he has been left with bad scarring and says it could have been even worse if he hadn’t happened to be working in a hospital at the time of the incident last summer.

The Brigade’s fire investigators believe the keys in Richard’s pocket may have caused the vape’s battery to short-circuit.

Although London Fire Brigade has only attended a handful of incidents involving vape batteries, firefighters do have concerns about the near misses which haven’t been reported.

The Brigade’s deputy assistant commissioner for fire safety, Charlie Pugsley, said: “Compared to the number of fires we see caused by cigarettes, vaping could be seen as a much safer option.

“However, we are concerned that there are often cases such as Richard’s where the batteries have short-circuited and gone out but there is a very real potential of them starting a serious fire.

“If you are using vaping products it’s vital you only use the charger it was supplied with and never overcharge it.”