LONDON FIREFIGHTERS and their furry colleagues will begin wearing new, gold coloured fire tunics and leggings as modernised personal protective equipment (PPE) is rolled out across the Brigade. It’s the biggest kit update for eight years. 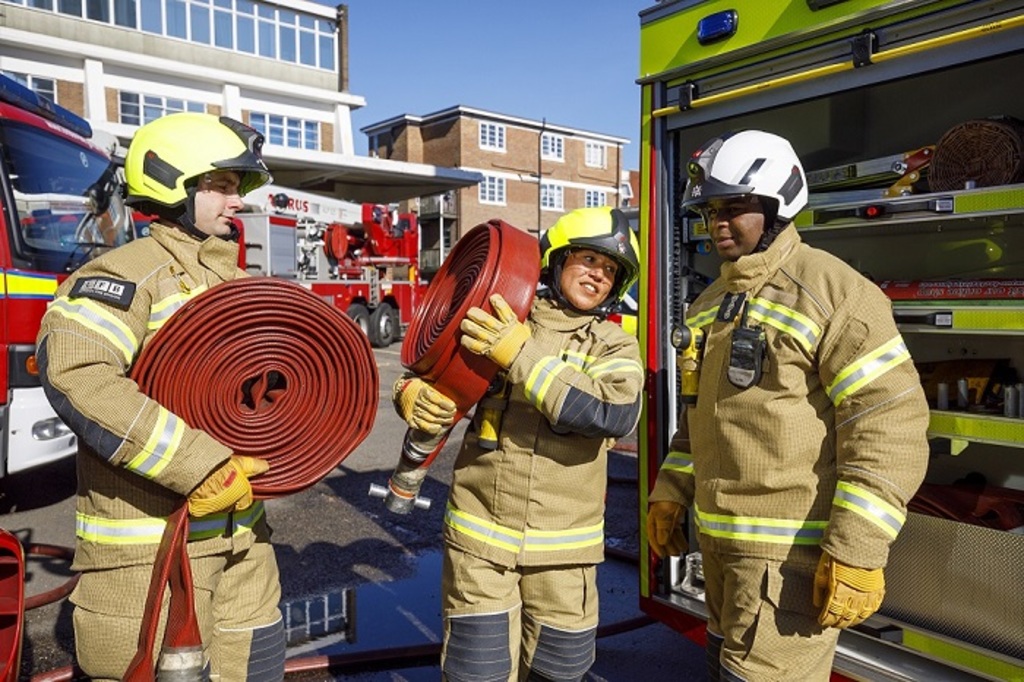 As well as a distinctive gold colour, which shows up dirt and damage more easily than the old navy coloured kit, there are some new additions which reflect the changing role of the modern firefighter. These include:

Deputy commissioner at London Fire Brigade Tom George said, “Modern firefighting is so much more than rushing into burning buildings.

"We needed a kit that could support and protect crews in a range of incidents whether fighting fires, freeing people trapped in crashed cars or complex rescues from collapsed buildings.

“Tunics and leggings are individually tailored for each firefighter’s build and physique so they allow crews to easily get to work whilst keeping them as safe as possible. As you would expect, the PPE underwent rigorous testing by firefighters in real fire conditions and other rescue scenarios.

“One obvious change is the new gold colour which means it’s easier to spot if any of the material is damaged. It’s important the public know what our staff look like when they see crews out and about.

All 4,800 of London’s firefighters and officers, and our two fire investigation dogs will be wearing their new kit from 31 October.

The final design was part of a collaborative procurement process between fire and rescue services from across the UK.

As well as helping to reduce costs and avoid duplicating work, the joint project allowed the Brigade to pool knowledge and technical expertise, to make the uniform the very best in firefighting protective clothing.