AS THE charity Gate Safe commemorates its 10th Anniversary, a recent survey of Gate Safe installers indicates that business appears to be booming (73% of respondents reported an increase in the automated gate aspect of their business), which means that there’s an ever-increasing requirement to ensure the safety of the high number of automated gates being installed and maintained. 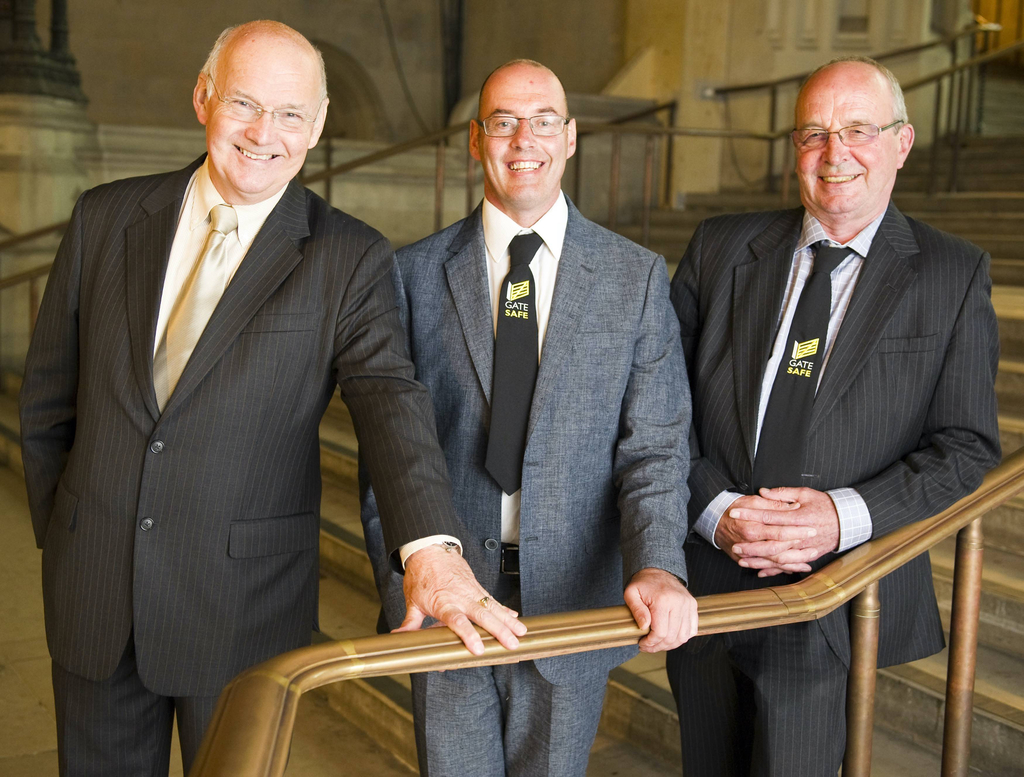 Through the years, Gate Safe has achieved a number of industry firsts. The Gate Safe Summit on 23 September 2010 represented the first dedicated automated gate safety initiative. It was the first time a broad range of professionals representing a number of different industry sectors and safety organisations had joined forces to address the need to improve standards in automated gate safety.

On the back of this, and with the Health & Safety Executive’s backing, Gate Safe went on to roll out the industry’s first specialist training course. Designed for installers and anyone involved in the automated gate sector, the training was (and still is) about delivering clear and practical guidance on how to ensure a safe and compliant automated gate/barrier.

Today, there are circa 2,000 Gate Safe-trained installers in the field leading to thousands of safer gate installations.

Gate Safe was the first to bring the issue of automated gate safety to Westminster, both via the petition to Downing Street in 2010 and, subsequently, via its Westminster Roundtable initiative (which is still ongoing).

Gate Safe was the first to raise awareness of the fact that manual gates can pose as great a risk as automated gates and barriers.

While standards are improving due to an enhanced awareness of the potential dangers of an unsafe gate – both to gate users and also in terms of the likely serious charges that would be made against a company found to be guilty of falling foul of the safety guidance – Gate Safe maintain that there’s still much work to be done.

Frequently, site surveys undertaken by Gate Safe still reveal safety issues with automated gates, which the charity attributes to either ignorance, historic failings which precede the campaigning for safer gates or simply poor attention to detail.

“Sometimes,” observed Gate Safe’s founder and chairman Richard Jackson (pictured above, right, alongside John Lacey, the former president of IOSH, and Rob Williams, technical and training advisor for Gate Safe), “we come across gates where the installer has clearly tried very hard to comply with Best Practice, but failed to identify a key issue which could seriously compromise the overall safety of the installation. We’re also aware that, despite the work that has been done to promote the need for specialist training among professionals, the ‘accidental installer’ still exists. In other words, someone who’s on site for other works, but is then asked to divert their skills to deal with an automated gate without the required specialist training.”

On that note, Jackson stated: “Our message to these individuals is simple. Say ‘No’ and walk away from the job. This will always be the best course of action until such time that the relevant training has been followed to equip the installer with the skills and expertise needed to ensure a safe and compliant gate. The hefty price that will be paid upon being held accountable for an unsafe gate – and, potentially, a loss of life – far outweighs any offer of extra income generated by taking on the additional work.”

While some of Gate Safe’s planned initiatives for 2020 have had to be shelved due to the pandemic, the charity remains optimistic about a range of future projects.

Jackson explained:  “I’m immensely proud of the progress that Gate Safe has made over the last decade, but there’s no room for complacency in relation to safety. We remain resolute in our commitment to collaborating with influencers, professional Trade Associations, Government bodies and the media to educate and raise awareness of the importance of following the appropriate protocols to mitigate any of the risks which may be associated with automated gates and barriers. We’re hopeful that, as the country begins to return to normal working practices, we can initiate the roll-out of further plans to achieve our end goal of making gates safe.”

*Security Matters is an official supporter of Gate Safe