A GAS main had ruptured under the track of the Churnet Valley Railway. Gas rose to the surface and was ignited by a spark from a train passing over it. 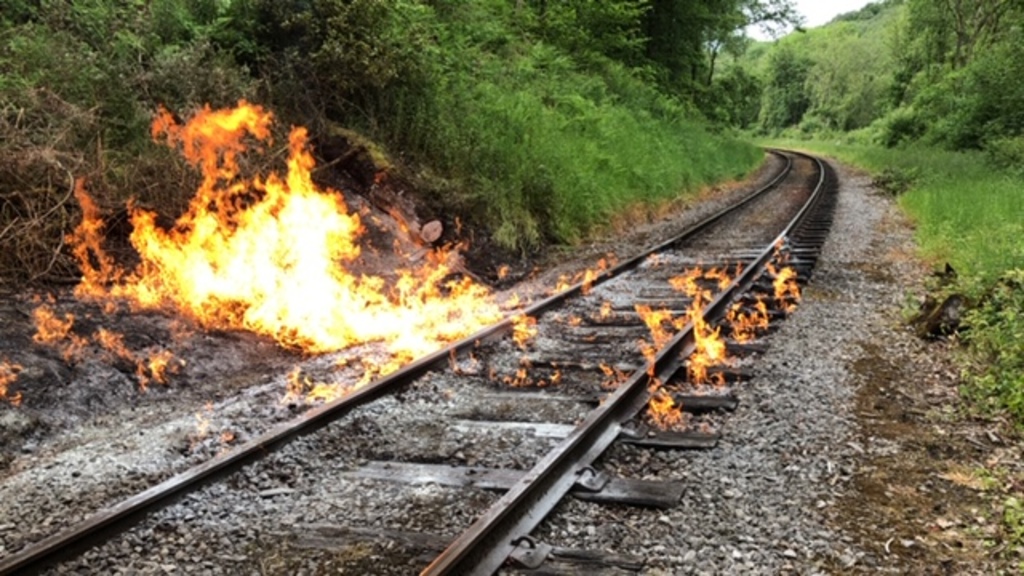 Thankfully, the train arrived into the station safely and all passengers were able to disembark.

Three appliances from Leek and Cheadle carrying 15 firefighters attended Froghall Railway Station. Firefighters and equipment had to be transported via steam train because the fire was in a remote location ¾ mile away.

The fire had ignited leaves and bushes on the embankment and crews worked to dampen down the area once the blaze was out to prevent it reigniting and spreading. Gas engineers were called to the scene but could not work on the main until the fire was extinguished.

Station manager Mark Walchester said, “We established a command post at Cheddleton Station where there was a diesel engine, which proved a better option for transporting personnel and equipment.

“We worked together with the gas engineers and the train operator in order to extinguish the fire. This was a difficult incident to deal with owing to the remote location and the continuous flow of gas through the pipe. We worked closely with the engineers to deal with the incident as safely and quickly as possible.

“We would like to thank staff at Cheddleton Station for supporting fire service personnel with transportation and refreshments throughout the duration of the incident.”

Gas engineers notified local residents of the interruption to their supply before excavating the gas mains, which stopped the leak and enabled the fire to be extinguished at 10.50pm.