Factory Fires: Counting the Cost of the Damage

IN EARLY April, when industrial fires broke out in two different locations, they both had the same devastating outcome. As Tom Roche observes, these outcomes once again create a focus on the debate about mandating fire sprinkler systems for buildings. 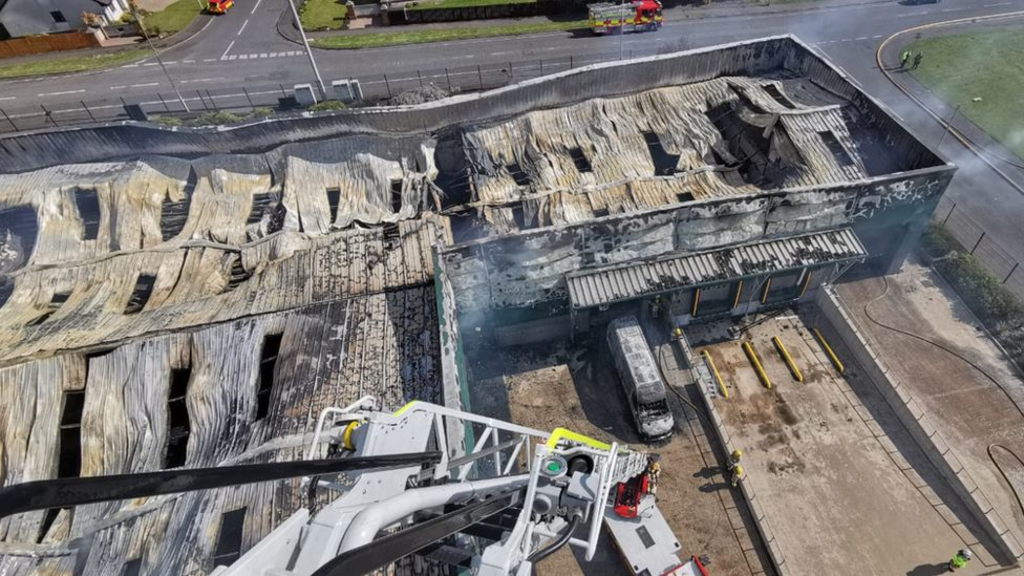 On Saturday 10 April, a fire started in a furniture factory in County Antrim, duly damaging the building. Two days later, a fire swept through a bed manufacturing factory in Dewsbury. Poles apart in terms of geography, but the outcomes were very similar.

Neither building, in fact, contained a sprinkler system and both businesses are now counting the cost of the damage and dealing with the disruption. Once again, we must question the understanding of the vulnerability to such fires and the gap that presently exists in terms of the regulations landscape.

The fire at Abbey Upholsterers in Carrickfergus started in the early hours of the morning and completely ravaged a major part of the 6,000 m2 industrial building despite the efforts of 70 firefighters from the Northern Ireland Fire and Rescue Service. Local roads were necessarily shut and residents asked to close their windows due to smoke spread. The deputy mayor of the local council expressed his shock at the event as the business is an important local employer, supplying furnishing products to hotels right across the UK and Ireland.

In Dewsbury on Monday 12 April, eight fire engines and two aerial appliances from the West Yorkshire Fire and Rescue Service spent several hours putting out a blaze at the 2,800 m2 Matza factory, which itself generated smoke plumes that could be seen as far away as Huddersfield. The local family-run bed manufacturer employs 50 workers who, just like their employer, now face a very uncertain future.

In both cases, these are industrial buildings that have no guidance for compartment size limits or the perceived need for fire sprinkler systems to be installed on the premises.

The fire safety-related Building Regulations guidance envisages unlimited size industrial buildings. In the case of warehouses, they can be 14,000 m2-20,000 m2 in footprint and, in many cases, are up to 18 metres tall without incurring guidance for sub-division or sprinkler systems. Such buildings are truly enormous. They’re roughly six times the size of your average out-of-town DIY store, but the fire safety-related Building Regulations make no consideration for the protection of property or, indeed, the minimising of the spread of fire within the building.

The building will survive for the period it takes to evacuate individuals within, after which point it’s then a case of transition into a period where the inherent resilience diminishes. They have physical limitations when it comes to firefighting due to their compartment size. There’s a twisted logic here that says the building is ‘disposable’ in the event of fire.

Industrial fires such as these latest two occurrences once again highlight the rationale for greater consideration of property protection alongside life safety as a reasonable requirement. Such an expectation would result in more buildings being designed to be resilient to disproportionate damage, using combinations of passive and active fire safety measures as an integral part of that process.

The Business Sprinkler Alliance believes that sprinkler systems would be a major part of this change and should be considered more readily as a viable option right across the built environment, whether the building under discussion is a care home, a block of flats, a hospital, a school, a retail or leisure facility or a commercial/industrial building.

Minimising the impact of fire

We must always be thankful when a fire is contained and extinguished with no loss of life, but that’s simply not enough. Lives are still affected regardless. We must always strive to minimise the effect that fire has in all circumstances.

When we minimise fire spread, we not only protect lives, but we also protect property, businesses and jobs. A properly controlled fire can be the difference between a building requiring renovation or demolition. Halting the spread of fire when it’s first detected is the best way in which to limit damage and minimise costs and impacts.

For their part, sprinklers have been shown to contain, control or extinguish fires in 99% of cases. The impacted business can be operational within hours, thereby avoiding the economic and social costs.

Given the availability of solutions, it begs the question: ‘Why do we continue to repeat the same actions over and over again and expect different results?’ We need to break the chain and have the discussion on minimising fire damage and property protection for the benefit of our wider communities, the environment and longer-term business security. There are mutual benefits to be realised.

Tom Roche is Secretary of the Business Sprinkler Alliance

*For more information about the Business Sprinkler Alliance visit the website at www.business-sprinkler-alliance.org