LONDON FIREFIGHTERS have called on Prime Minister Boris Johnson to step in and protect the London Fire Brigade (LFB) from £20 million of “deadly” cuts that could seriously damage fire cover just as the city faces a pandemic, a building safety crisis exposed by the Grenfell Tower tragedy and the ongoing threat of terrorist attacks. 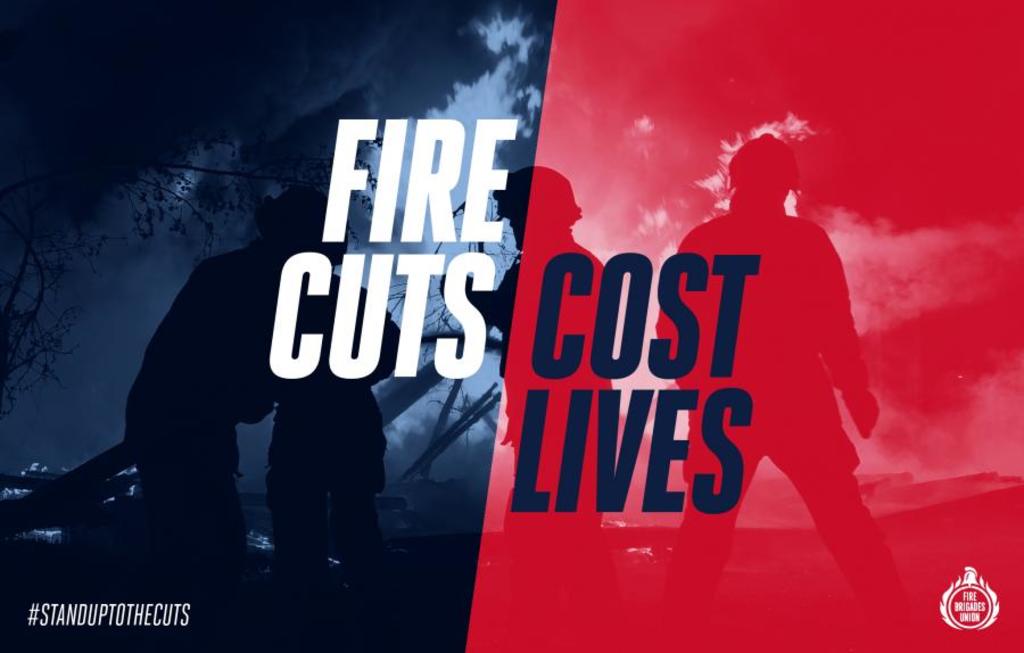 New figures reveal that, despite increasing firefighter numbers by 53 (1%) over the last year, the LFB still has 1,177 fewer firefighters than in 2010, in turn showing that the city “still hasn’t recovered from the damage” inflicted when Boris Johnson was Mayor, the Fire Brigades Union (FBU) states.

As the Mayor of London, Johnson cut the LFB’s budget by £150 million, closing ten fire stations, scrapping 27 fire engines and slashing firefighter numbers by 1,242 operatives. So far, the Government is refusing to provide emergency financial support to current Mayor Sadiq Khan’s City Hall which is having to make up a £431 million deficit brought on by the pandemic, £20million of which is set to be made up through cuts to London’s Fire and Rescue Service.

The FBU has said that the Prime Minister must provide emergency financial support to City Hall or risk “finishing the job he started as Mayor”. A 2016 review, completed before the Grenfell Tower fire, said the LFB could not sustain any more cuts after Johnson left office if it was to have sufficient resources to meet the challenges of the future and keep Londoners safe.

The FBU is now calling on the Prime Minister not to make Londoners pay for the pandemic with cuts to their front line services, or use the situation as an attempt to influence the 2021 Mayoral Election.

The FBU has just launched its #StandUpToTheCuts campaign which will highlight the danger to the public of following through with the planned cuts to the LFB’s budget.

Firefighters in London have been supporting the pandemic response delivering PPE, assisting ambulance teams and moving the bodies of the deceased. The FBU has warned that London’s Fire and Rescue Service “still hasn’t recovered from the damage” inflicted when Johnson was in charge and also warned that the LFB “cannot sustain” further cuts.

The LFB failed to meet its six-minute minimum average first-engine response time in 156 of the city’s 657 wards last year. Three wards also failed to ensure the second fire engine arrived within eight minutes on average. The city still has 142 high-rise residential and publicly-owned buildings with flammable ACM cladding. London is the epicentre of the UK’s building safety crisis and firefighters say that cuts could further harm their response to a major fire.

Matt Wrack, the FBU’s general secretary, said: “Boris Johnson and Sadiq Khan need to sort out this crisis. Firefighters in London have gone above and beyond the Call of Duty to aid the pandemic response and, unless a Government support package is urgently found, they could be thanked with more cuts.”

Wrack continued: “Cuts of this scale would be deadly under any circumstances, but we’re in the middle of a global pandemic with no end in sight. London is the epicentre of the building safety crisis exposed by the Grenfell Tower blaze, and the city remains a primary target for terrorists. It beggars belief that the Government is willing to turn a blind eye and do damage to a critical emergency service in the capital.”

He added: “From City Hall, Boris Johnson inflicted the biggest cuts in the history of any UK Fire and Rescue Service and the Brigade still hasn’t recovered from the damage. If he doesn’t step in to provide emergency financial support now, he will be remembered as finishing the job he started as Mayor. The Prime Minister has already done damage to Transport for London in what appears to be an attempt to influence the upcoming Mayoral Election. He should know that firefighters will not accept similar politically-motivated attacks on public safety.”

In conclusion, Wrack stated: “London deserves a world-class fire service, but the continued impact of cuts has left residents in many areas waiting too long for a fire engine to arrive. They and their Fire and Rescue Service cannot sustain any more cuts.”