THE LEGAL representative taking part in the Grenfell Tower Public Inquiry to serve as counsel for the Fire Brigades Union (FBU) has placed a central importance on the “agenda of deregulation, privatisation and marketisation” being an underlying cause of the disaster. Martin Seaward QC said that an agenda “which encouraged companies to behave recklessly towards building safety” was “actively and, regrettably, deliberately created by central Government”. 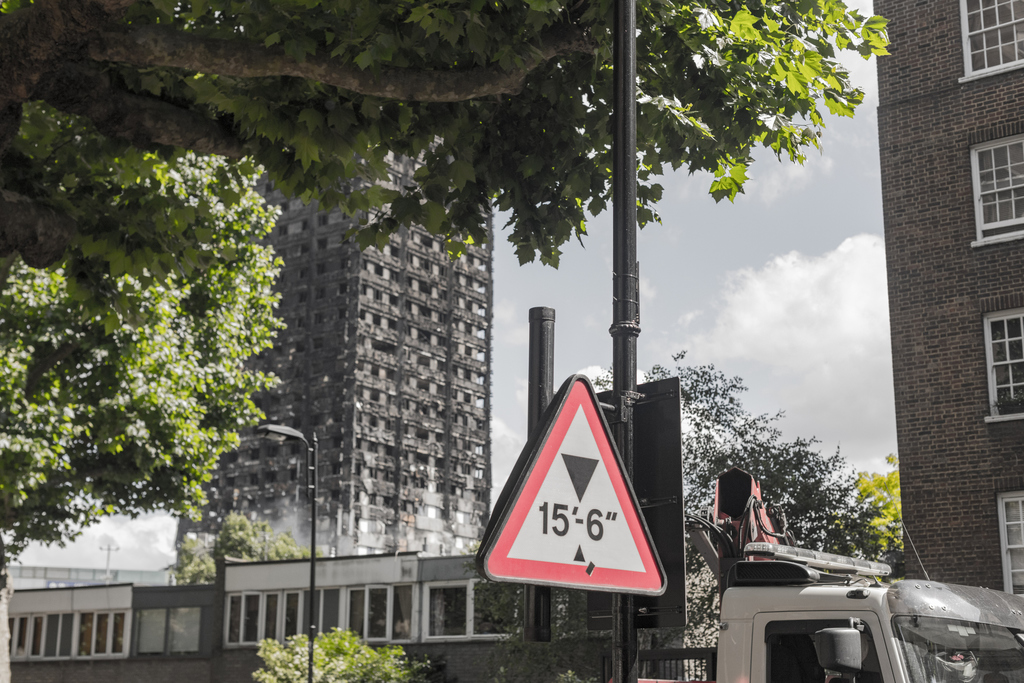 Seaward’s comments were made as part of the opening statements for Module 6 of Phase 2 of the Grenfell Tower Public Inquiry. Module Six of the Public Inquiry's second phase is looking at the regime for the testing, certification and classification of materials for use in external cladding systems, as well as examining the role of central Government in establishing the legislative regime and formulating guidance on compliance.

Phase Two of the Public Inquiry is examining how Grenfell Tower came to be coated in flammable materials which contributed to the spread of flames.

Counsel to the Public Inquiry, namely Richard Millett QC, has listed the essential questions to be:

Stephanie Barwise QC, representing some of the bereaved, survivors and residents, told the Public Inquiry: "The Grenfell disaster is a predictable, yet unintended consequence of the combination of the laudable desire to reduce carbon emissions, coupled with an unbridled passion for deregulation, and in particular a desire to deregulate and boost the housing construction industry. On realising the extent of the problem, Government's response was to react by concealment instead of candour.”

For his part, Seaward has voiced the opinion that this agenda of deregulation, privatisation and marketisation had been in place for “more than four decades”, across multiple Governments, and had “predictably… degraded public services such as building control and Fire and Rescue Services, thereby [weakening] enforcement of these regimes, and led to the abolition of national bodies, ambiguity and confusion in the guidance which has been left unclarified, a culture of complacency being created towards fire safety, both during and after building works, and private companies being enabled to put profit over people”.

In turn, he stated that these factors had “contributed to the systemic failure of the building and fire safety regimes, thereby enabling the installation of cheap and dangerous rain screen cladding systems all over the UK”.

Seaward specifically named the evolution of building safety regulation “Approved Document B with ever greater complexity and flexibility, bringing concomitant ambiguity and scope for manipulation” as an issue here, with confusion around the Approved Document being “ruthlessly exploited by manufacturing companies for their own commercial self-interest”.

Further, Seaward pointed to the introduction of the Building Regulations 1985, which “replaced the previously detailed technical and prescriptive regulations, covering at least 300 pages, with ‘functional requirements’ covering just 25 pages, supplemented by guidance in Approved Document B”. This introduction of ‘functional requirements’ was described by Seaward as a “major change”, which brought with it “significant flexibility” that, in turn, “could be – and was – exploited by some in the construction industry”.

Seaward also noted that after Lakanal House (the 2009 fire in which six people died), none of the coroner’s “recommendations were implemented either effectively or at all either by Lord Pickles [then Secretary of State for Communities and Local Government when the recommendations were made], his successors or anyone else in Government” – which Seaward said was “the consequence of the Government’s deregulatory agenda”.

The recommendations included some relating to ‘Stay Put’ guidance, guidance on high-rise firefighting and sprinkler systems.

Speaking at the Public Inquiry, Jason Beer QC (representing the Department for Levelling Up, Housing and Communities) said that the Government believes it “must examine its own conduct and candidly accept mistakes, errors and omissions when the Public Inquiry identifies them”.

Indeed, the Government has published a detailed 45-page Opening Statement (https://bit.ly/3DtxdKV) as part of Phase Two. Module 6. Part 2. In the summary, the Government asserts: “The Department accepts responsibility for its failures of the past, while acknowledging that this can neither change what happened nor compensate for the immeasurable loss and grief suffered. Those who were lost, and those who lost loved ones, on that terrible night in June 2017 and in the following months are at the forefront of the Department’s thoughts as it recognises what went wrong and continues its work towards ensuring that nothing like this can ever happen again.”

The Government concludes by stating: “The Department presided over an overarching building safety system that has now been shown to be unfit for purpose and with catastrophic consequences. It placed too much reliance on the honesty, competence and engagement of the construction, construction products and building control sectors and missed a number of opportunities to identify and address the risk that this faith was misplaced, and with tragic consequences.”

*The video content containing all opening statements from this part of the Public Inquiry is available at https://bit.ly/3y0Vh6X