BS 8629: Code of Practice for the Design, Installation, Commissioning and Maintenance of Evacuation Alert Systems for Use by Fire and Rescue Services in Buildings Containing Flats was the focus of a recent webinar on evacuation planning run by Fire Safety Matters in conjunction with Advanced. Brian Sims reports on the major points outlined in terms of Best Practice 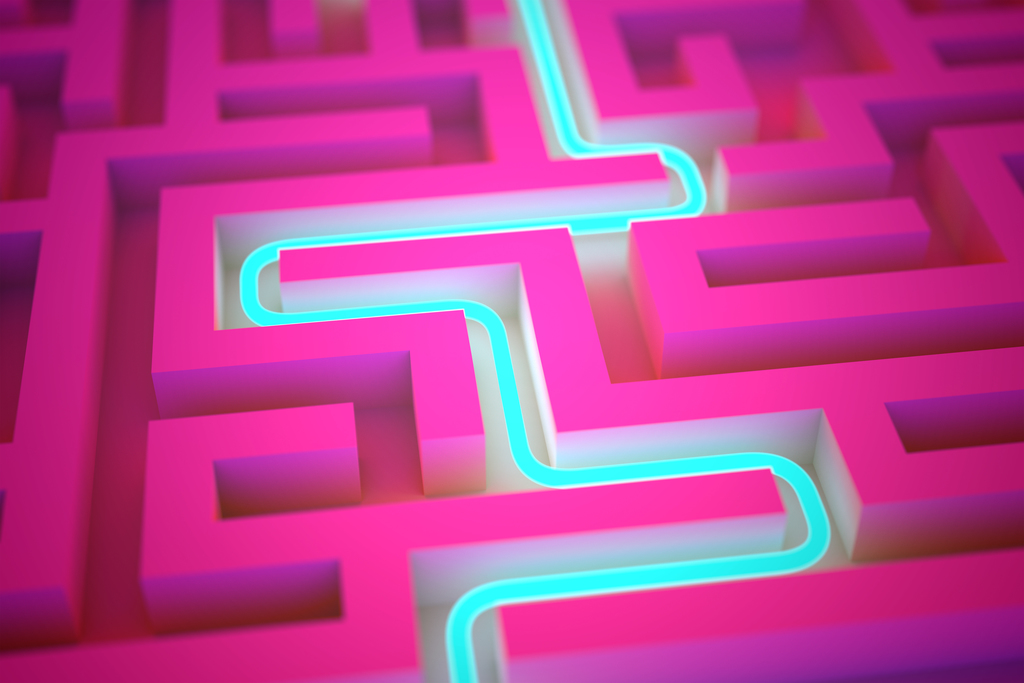 THE NEW British Standard 8629:2019 provides detailed guidance on how to install a communication system that advises residents in flats to safely evacuate in the event of a fire. Its raison d’être is to help ensure that installed systems are fit for purpose and encourage uniformity.

In order to delve deeper into BS 8629 and what it means for fire safety system designers and managers alike, the Fire Safety Matters webinar on Wednesday 6 May – running under the headline ‘Evacuation Planning: Solutions for Meeting BS 8629’ – called upon the expertise of presenters Steve Norman (deputy assistant commissioner with the London Fire Brigade) and Amanda Hope, UK business development manager at Advanced, the specialist fire and life safety systems manufacturer.

Opening presenter Norman has served with the London Fire Brigade for 22 years. More recently, he has been directly involved in the sphere of fire safety regulation, either as an inspecting officer or in the role of senior fire safety officer. Norman is also on something of a personal mission to protect vulnerable people from fire. Inevitably, this has brought him into contact with British Standards. Indeed, Colin Todd (managing director at CS Todd & Associates) gave Norman the opportunity to chair the Working Group that put BS 8629 together. It’s a topic very obviously close to Norman’s heart.

“In terms of the Working Group,” observed Norman, “we recognised that the subject matter was indeed very similar to fire alarm and detection systems, but importantly not the same. We also recognised there were elements of security around evacuation. After all, we could be talking about the catastrophic failure of a building, so the people we invited to be part of the Working Group are very much experts in their field.” They encompassed professionals from the police service, alarm system manufacturers and the relevant Inspectorates.

Clearly, BS 8629 was prompted by the Grenfell Tower tragedy in 2017. On 30 October last year, Sir Martin Moore-Bick (chair of the Grenfell Tower Inquiry) published the Phase 1 report. This recommended that “all high-rise residential buildings (ie those already in existence and those built in the future) be equipped with facilities for use by the Fire and Rescue Services, enabling them to send an evacuation signal to the whole or a selected part of the building by means of sounders or similar devices”.

On that note, Norman stated: “This recommendation was a big decision because when we originally drafted the British Standard, we anticipated that a few buildings would be built and we would be able to see where systems were being installed, pick up on where anything wasn’t quite right [with the British Standard], review everything very early and then put the necessary amendments in place such that all future structures would adhere. There were going to be things that we hadn’t noticed. We recognised this. We were looking at around 6,000 residential high-rise premises where solutions would need to be incorporated, so it was a pretty big task.”

Norman then referenced the Fire and Rescue Services’ ‘Stay Put’ strategy that has engendered much debate in the wake of Grenfell. Its origins date back to when tower blocks were first designed in the 1960s and 1970s, with the strategy itself based on the notion that a fire should be able to occur in a compartment, should not reach beyond that compartment and should be able to be dealt with inside that compartment. All of which is predicated on the assumption that buildings are constructed to the correct standards using the most appropriate materials. Back then, of course, there were no smoke detection systems in operation and no mobile phones, either.

To emphasise what ‘Stay Put’ looks like in tower blocks in 2020, Norman explained: “If, on rare occasions, the Fire and Rescue Service involved considers that occupants of other flats don’t need to evacuate, they will alert these occupants simply by knocking on flat doors. This is only likely to apply to a small number of flats so, under normal circumstances, this is readily manageable. Fire and Rescue Services have had no other effective way of alerting occupants.”

In the early stages of an incident, the resources available to the Fire and Rescue Services are quite limited and necessarily concentrated on battling the blaze itself while taking care of the immediate rescue of those in close proximity. “All of that combined is why we need the BS 8629 evacuation alert system to encourage people to leave their flats,” asserted Norman.

It’s referenced as an evacuation alert system because it’s not an evacuation system per se. Rather, it alerts people that they need to evacuate, making individuals aware that a situation is developing in the building and impacting movement times. “An evacuation alert system that enables the occupants of flats to be alerted by the incident commander can actively support the operations of the Fire and Rescue Service,” suggested Norman.

Further, Norman added: “In terms of the decision as to whether or not to invoke an evacuation alert system, this will only be taken after due consideration of the tenability of escape routes, particularly so the stairway(s), for use by occupants of the flats. Staircase protection might be good and we can then evacuate people in this way. If we have a situation where that isn’t so, or smoke is filling the staircase, we have to consider that using an evacuation system may put people in harm’s way. We don’t want to evacuate them into a smoke-filled environment.”

The Fire and Rescue Service works on the basis of a sectorised system and a phased approach to evacuation. “There will be a lobby sector. This sits below the seat of the fire. There will then be a bridgehead. This is immediately below the blaze. The fire sector is the floor where the fire’s raging, plus the floors immediately above and below. The search sector will be all of the floors above this. We wouldn’t want to evacuate the lobby sector before the search sector.” This is the strategy envisaged during the preparation of BS 8629.

When it comes to security, Norman outlined that the fire panel cabinet should be secure against any unauthorised use or casual vandalism and also prevent sight of the controls within. The cabinet should be accessed by means of a lock that’s openable only with a key which is protected from being copied and carried on Fire and Rescue Service appliances.

One of the questions received on the day by webinar chair Mark Sennett (CEO of Western Business Media) centred on whether systems integration is possible. Norman responded: “It’s important that evacuation alert systems are not confused or integrated with fire alarm systems. That could result in the inappropriate use of fire detection systems in blocks of flats, thereby undermining a ‘Stay Put’ strategy. Generally speaking, fire alarm systems are not installed in the common parts of flats and we were concerned that, if we did integrate the two, we would end up with fire alarm systems overriding the ‘Stay Put’ strategy.”

Advanced’s Amanda Hope began the second half of the webinar with a wholly salient statistic and a follow-up observation. Every day in England, between 20 and 30 fires occur in blocks of flats. Other than those resident in the flat where a fire originates, it’s uncommon for any other building occupants to evacuate the premises.

BS 8629 – which is to be reviewed in two years’ time – was introduced on 30 November 2019. Installation of an evacuation alert system is “strongly recommended for all new blocks of flats with one or more storeys above 18 metres from ground level. Scotland has taken a different legal approach, with the British Standard enshrined as part of the Scottish Building Regulations from 1 October last year.

“No two-stage evacuation alert signals should be given,” outlined Hope. “The user/purchaser should ensure that the Fire and Rescue Service agrees the configuration of evacuation alert zones and, where relevant, the appropriate building control body should also be consulted.”

The EACIE should be located at an appropriate location and the signage made clear for the Fire and Rescue Service. The top of the manual controls should be no more than 2.2 metres above floor level, while the bottom of the panel ought to be no less than 1.4 metres from ground level.

There can be several EACIEs in a building, of course, but there should always be emergency lighting within two metres of the EACIE panel. Panel enclosures should be manufactured to meet the security standard STS 205 Class BR2 (GERDA is a popular producer) and the key lock compatible with BS EN 1303.

“Advanced has worked closely with fire industry experts to develop its own evacuation alert system,” explained Hope. “Every panel is custom manufactured to each building’s specification and evacuation zones. The panels are supplied with 8, 16, 24 or 32 firefighter evacuation alert areas as standard and expandable from one to four loops or even further. Our solution opts for a virtual display, enabling all programming and servicing to be undertaken on a laptop connected to the EACIE using our Dynamix Tools PC programming software.”

Inspection, testing and servicing is required every six months. All devices must be checked over a 12-month period. A log book must be kept to record all events occurring on the system. Systems that are not maintained will not be compliant with BS 8629.

*To view ‘Evacuation Planning: Solutions for Meeting BS 8629’ on demand visit www.fsmatters.com and click on the ‘Webinars’ tab. One CPD Hour is available thanks to Fire Safety Matters’ partnership agreement with the Institute of Fire Safety Managers