Minimising the risk to life as a result of a fire involving external wall systems is crucial, yet in cases of buildings containing flats, alternative housing options can place people in worse living conditions or even leave them without accommodation altogether. Such that people can continue to live in relative safety in their own homes, Ken Bullock explains why interim solutions are vital for mitigating the risk 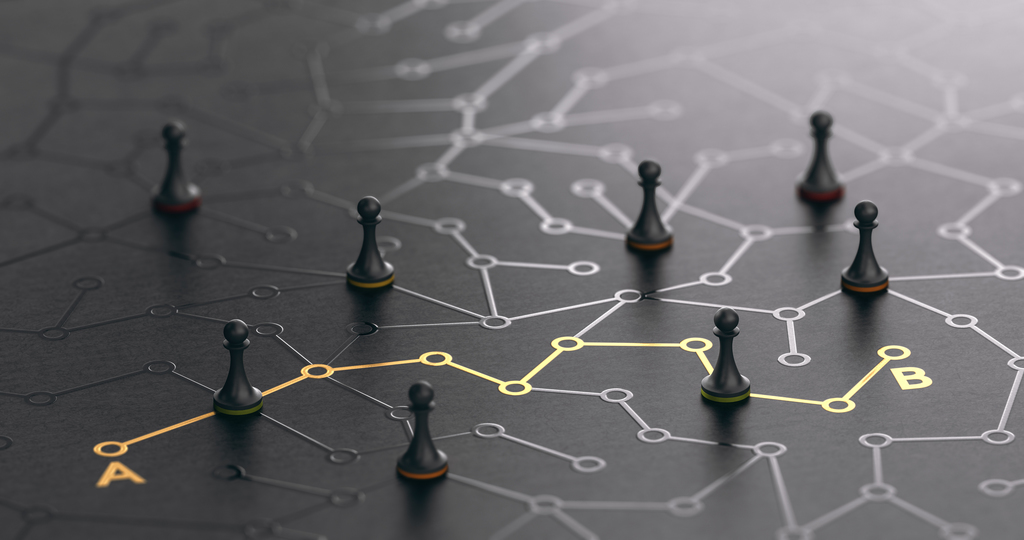 IMMEDIATELY FOLLOWING the Grenfell Tower tragedy, the Ministry for Housing, Communities and Local Government (MHCLG) focused attention on the risks associated with some unsuitable cladding systems. It identified that aluminium composite material (ACM) cladding, as used on Grenfell Tower, could be highly combustible and that measures needed to be taken to mitigate the risks on all buildings where such cladding systems had been installed.

Where combustible materials have been identified, it’s no longer safe for the building’s occupants to follow a ‘Stay Put’ policy, which relies on the ability of each flat to contain any fire for the duration of at least one hour in order to ensure the safety of residents dwelling in other flats in the building.

Interim fire safety arrangements are intended for adoption by landlords as a short-term solution to managing and mitigating the risk of a fire and the risk posed to life if a fire occurs. One such arrangement involves a temporary change in the evacuation strategy for a building, moving from ‘Stay Put’ to ‘simultaneous evacuation’. This is supported by the introduction of a waking watch and/or the installation of a common fire alarm within the building, while combustible materials are removed and replaced with fire-safe variants.

Waking watch is a system whereby suitably trained staff continually patrol all floors and the exterior perimeter of the building. The purpose is to ensure there’s sufficient warning in the event of fire to support the evacuation strategy. This arrangement is intended for short periods of time while any increased fire risks identified at a given premises are being urgently addressed.

Robert Jenrick, the Secretary of State for Housing, Communities and Local Government, recently unveiled a new £30 million Waking Watch Relief Fund for leaseholders in England to pay for the installation of fire alarm systems in high-rise buildings with cladding.

The Fire Protection Association has stated: “While waking watches are supposed to be temporary measures, some have been in place for years. Some date back to June 2017, with concerns that the COVID-19 pandemic could extend their use. In turn, 34 separate councils have spent £29.4 million on waking watches at 134 buildings.”

As lockdown measures introduced due to the global pandemic continue across the UK, waking watches have arguably become more important than ever with residents confined to their homes in buildings with flammable cladding. However, concerns have been raised that the additional cost of these temporary measures puts greater financial strain on occupants during a time when many may be out of work because of the crisis.

In scenarios where waking watch has been implemented for longer than intended, the potential for complacency can also become an issue. Patrol staff unknowingly pose risks to building residents by cutting corners, such as not completing full tours of sites. Where occurrences such as this are identified as a problem, building owners may be left with little choice but to install guard tour systems to ensure that building patrols are fully completed, adding further cost to this arrangement.

Since waking watch systems have begun to be implemented as temporary solutions supporting evacuation strategies until remedial work has taken place, reports have emerged of patrol staff placing residents in greater danger, rather than reducing their risk. This was apparent in the case of Catherine House in East London’s Fairfield Quarter development, where staff ‘intentionally disabled’ the building’s smoke ventilation system because it was ‘making the stairways cold’. By deactivating this life-critical system, residents were put at an increased risk of not being able to safely escape the building in the event that public stairways filled with smoke in a fire situation.

As the length of time between the identification of unsuitable cladding and remedial work being implemented grows, it becomes increasingly difficult to justify using a waking watch, particularly so when its associated charges are often passed on to the individual leaseholders who may well be unable to afford them. In determining the most suitable interim arrangement for buildings with combustible cladding, the National Fire Chiefs’ Council (NFCC) suggests that a cost-benefit analysis should be carried out.

As part of this exercise, it’s recommended that building owners consult with residents and leaseholders to explore cost-benefit options. In doing so, the emphasis should be placed on considering the benefits of installing a common automatic fire alarm system, most notably where temporary fire protection measures are likely to be in place for the longer term.

In its own Simultaneous Evacuation Guidance, the NFCC states that it “strongly recommends that, where a change to a simultaneous evacuation is deemed appropriate and will be required for medium-to-long periods of time, a temporary common fire alarm system is installed. This is because, when designed, installed and maintained appropriately, a temporary common fire alarm is a more reliable and cost-effective way to maintain a sufficient level of early detection. An appropriate communal fire alarm and detection system will generally provide more certainty that a fire will be detected and occupants warned at the earliest opportunity rather than rely on using trained staff.”

In line with NFCC recommendations, and in order to bridge the gap between ‘Stay Put’ policy and temporary ‘simultaneous evacuation’ and back again, expert technology can be deployed to provide the ideal solution. Following agreement with a competent person that installing a common fire alarm is the right solution for a given building, a BS 5839 Part 1 Category L5 fire alarm system should be fitted before cladding removal begins.

MxPro 5 fire panels, for example, fulfil this requirement by complying with all the required British Standards. Intuitive programming, comprehensive cause and effect, powerful diagnostic features and compatibility with four leading detector protocols realise the highest levels of protection for residents, not to mention peace of mind for building owners and facilities managers alike.

The ability for a fire alarm system to detect a fire with a high degree of accuracy is considerably superior to the capabilities of even the most highly trained of waking watch staff. Fire alarm systems are less likely to fall victim to human error in not detecting a fire at the earliest opportunity, and are rather less prone to raising false alarms, such as those triggered by cooking equipment. Once a fire alarm system has been installed, tangible savings can be realised in very short periods of time.

Once dangerous cladding has been removed and residents’ homes are once again safe for occupation, the building’s evacuation strategy may return to ‘Stay Put’. In scenarios where a fire alarm is no longer necessary, the management teams responsible for residential buildings over 18 metres in height may now be advised to instead install evacuation alert control and indicating equipment (EACIE).

Following the publication of BS 8629:2019 Code of Practice for the Design, Installation, Commissioning and Maintenance of Evacuation Alert Systems for Use by Fre and Rescue Services in Buildings Containing Flats, EACIE is now strongly recommended in England for all tall buildings containing flats with a storey located at a height of 18 metres or above and is mandatory in Scotland.

The EACIE must operate completely independently of fire detection systems and be designed to support any evacuation strategy chosen by the Fire and Rescue Service. This also helps to avoid confusion over safe evacuation for residents until the concept and management of evacuation alert systems becomes well established and equally well understood.

EvacGo, Advanced’s evacuation alert system, is designed using the company’s aforementioned MxPro 5 technology, providing assurance for installers and building owners alike that their sites are protected by robust and proven technology that has been rigorously tested to EN 54 Parts 2 and 4 as recommended in BS 8629. In addition, the devices supplied as part of the system have been approved to BS EN 54 Part 13. Third party test certification to the British Standard provides additional peace of mind.

The replacement of a building’s fire alarm system with an evacuation alert system can be a simple and straightforward process whether using wired, wireless or hybrid devices. Indeed, installing a temporary fire alarm system that’s quick to convert to an evacuation alert system brings significant cost and safety benefits over alternative approaches, with the initial investment contributing towards the overall protection of the building once the BS 8629 system is installed.

Such an approach ensures that building owners and facilities managers are following the NFCC’s recommendations for Best Practice, as well as making absolutely certain of an easy conversion to the BS 8629 Code of Practice subsequent to the ‘Stay Put’ policy being reinstated.

While only an interim measure, addressing the change from a ‘Stay Put’ policy to ‘simultaneous evacuation’ still requires thorough planning and consultation to enable the effective management of fire risk to residents of buildings containing flats. As frustration on the pace of remedial works to residential buildings continues, building owners are under ever-greater pressure to provide a clear pathway towards achieving higher standards in fire safety.

Taking into account realistic timescales for the removal of cladding and the financial burden interim measures place on both building owners and their occupants, implementing a common fire alarm system offering easy conversion to an evacuation alert system is an ideal solution.

Ultimately, it’s an approach that tackles a modern fire protection challenge by addressing both the immediate need for mitigating fire risk, as well as the long-term fire safety recommendations set out for residential buildings over 18 metres in height containing flats.

*For further information on evacuation and alarm systems send an e-mail to evacgo@advancedco.com