UK fire safety law states that property must be ‘equipped with appropriate fire detectors and alarms’, but the legislation takes a broad approach and fails to offer specific recommendations for heritage buildings. That being so, Mark Taylor offers his recommendations for how fire can be prevented and detected in historical buildings 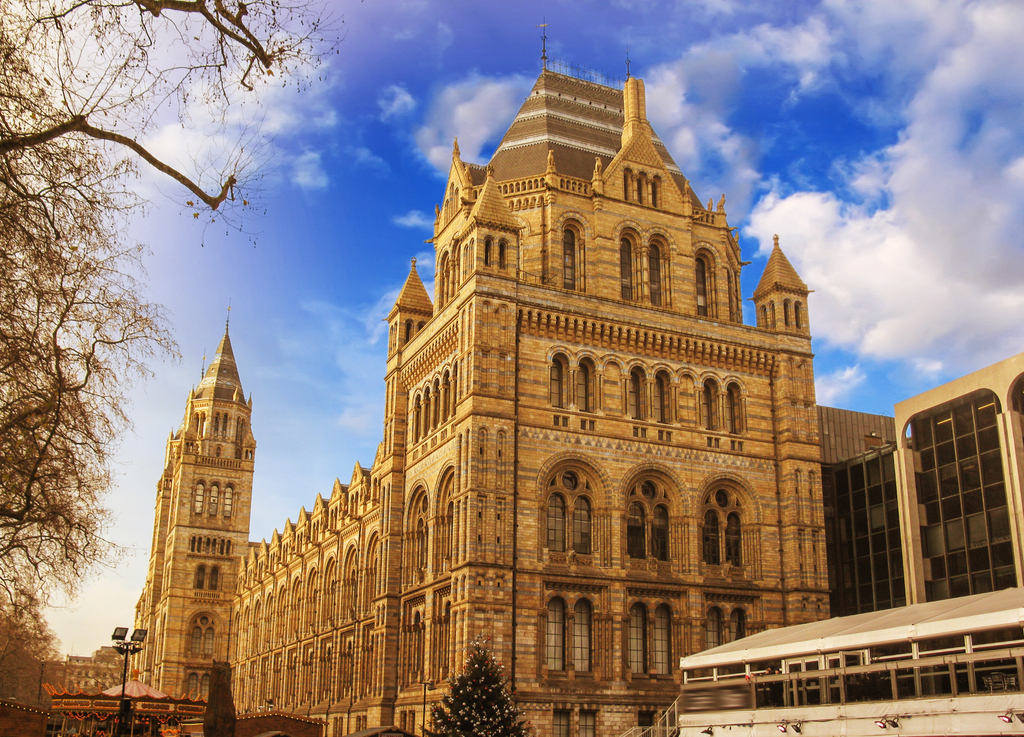 EVERY DECADE, irreplaceable parts of our cultural heritage are lost to fire. Visions of the iconic spire at Notre Dame Cathedral in Paris collapsing, images of the charred remains of Windsor Castle and 200 million items destroyed at the National Museum of Rio de Janeiro, for example, all serve as painful reminders that fire protection at historic sites is fraught with challenges.

The nature of heritage buildings, constructed as they are in traditional ways with a full focus on the ‘aesthetic’ rather than fire risk, means they have many of the elements that place them at the highest risk of fire. Timber construction, open ceiling voids with little/no compartmentation in addition to old and often inaccessible wiring coupled with the build-up of dust and debris make these sites especially vulnerable.

On top of that, the contents they house tend to present unusually high fire loads due to flammable soft furnishings, decorations and furniture, the majority of which hold immeasurable monetary and historic value. Losses to fire in these circumstances are permanent and rob us – not to mention future generations – of our heritage.

Ensuring the safety and integrity of the occupants, fabric and contents of these buildings is of paramount importance. However, this is made harder where large numbers of visitors and staff are often present, such as in stately homes, museums and galleries.

An in-depth fire risk assessment needs to be carried out and should be supplemented with a detailed and regularly monitored fire safety management plan fashioned in step with the Regulatory Reform (Fire Safety) Order 2005.

At the centre of any active fire system is the fire panel itself, be it single or multi-loop, standalone or networked in nature. The choice available is wide and installation costs are likely to dwarf equipment prices. For this reason, finding a system that’s easily installed with flexible cabling and a range of communication options should be the priority. Given the aforementioned complexity of historic sites, an analogue addressable system that provides more control and scalability is often the best solution.

A vital consideration in relation to historic sites is the extent to which they allow you to sub-divide and control the fire system and its outputs before, during and after a fire condition. The fire system should offer multiple cause and effect options to accommodate the wide range of uses, room sizes, layouts, spaces and technical challenges found in such buildings.

Heritage buildings are often sighted in remote locations with difficult access and more likely to be connected to Alarm Receiving Centres. If an unreliable or inappropriate system is installed, the downstream costs of fault-finding, repair and maintenance will be significant. Something to bear in mind.

A recurring challenge lies in making the system as unobtrusive as possible without impacting performance. Thanks to repeater panels, the larger fire panel can be hidden from view. Some are designed to suit many locations, to flush fit and feature digital zone plans and active maps showing fire status throughout a site. Alternatively, bespoke cabinets and housings can be made to fit seamlessly into almost any decorative scheme or hard-to-access space.

Extreme care must be taken to ensure that smoke can reach detectors without obstruction or delay. Again, BS 5839 provides guidance on this matter. The materials present will dictate the likely speed and spread of fire in an old building. Detection choice is crucial, as is the associated system programming covering everything from alarm confirmation and alert methods through to evacuation strategies and integration with third party systems.

Modern analogue addressable point detectors are very reliable and increasingly sophisticated, with the most common type being the optical smoke detector. Heat detectors are ideally suited to spaces such as kitchens, where steam and cooking smoke are present. Multi-sensor detectors combine heat and smoke detection in a single unit and offer real advantages for signal confirmation. Detectors can have sounder and strobe options either on board or added, as well as additional detection modes such as for CO (which is already specified for certain uses and part of some standards regimes).

The timber floors and ceilings of older structures can make fitting cable systems to approved standards something of a challenge. Wireless point detectors can be a less invasive solution and are available with most of the detection and technology options of their wired counterparts.

Where rapid warning is vital, such as in gallery spaces or archive stores, aspirating detectors offer a highly effective solution. These sample the air several times each second and can be set at various sensitivity levels. Although the associated pipework can have a propensity towards being bulky and hard to conceal, this type of detector is a widely used option when located in less prominent, hard-to-access spaces such as cellars, service areas and attics.

Given that point detectors are unsuitable for ceiling heights over 10.5 metres, beam detectors can be used in larger rooms, such as great halls or chapels. They function on the basis of smoke obscuration of a beam of light, with high-performing beam detectors offering self-alignment to minimise the effects of building movement which is commonly found in timber-framed structures.

A further option is video and CCD-driven flame detectors, a technology that has developed rapidly in recent years. Although flames will often (although not always) be detected after smoke, these are useful devices where quickly visible flame fires are more likely.

A final detector option, and one that’s particularly suited to sensitive installations, is linear heat or heat-sensing cable. Even tiny changes in temperature cause the conducting cables to short, pinpointing the location and alerting the fire system. In London, the recreated Globe Theatre was able to overcome a 400-year-old ban on thatched roofing using this system. The cables run through the thatch and connect directly to the fire panels, giving real-time indication of any incident.

Another key to effective fire safety is ensuring that critical or high-risk areas, such as kitchens, boiler rooms or gallery spaces, are specified for a higher level of detection, with single or multiple detector types employed here in order to confirm incidents as quickly as possible.

Fires can spread very rapidly in historic structures, so it follows that measures designed to allow quick extinguishing via sprinklers, water mist or (for high priority areas) suppressant gas or foam should be considered. The contents of an area may make this difficult and the speed of detection and alert on the fire system need to be prime considerations.

The intelligent zoning of fire systems can be combined with automatic fire doors to isolate the fire and extinguish it, or at least keep it under control until the Fire and Rescue Service arrives on scene. This solution was used in the treasury at Lincoln Castle, home to a copy of the Magna Carta. In this case, the fire panel has been combined with an extinguishing control panel and fire suppression gas to protect the vault. Automatic door controls isolate the space, in turn preventing the fire from spreading and ensuring that the gas is concentrated in the necessary area.

All escape routes and exits require illumination to make doors, signs and potential hazards such as stairways clearly visible at all times. Such that emergency lighting doesn’t spoil the look of an historic building, if at all possible it’s best for it to be integrated with the normal lighting at the design stage. That said, there are now many different light fittings available to help make the emergency lighting less obtrusive on a day-to-day basis.

Fire safety equipment should be easily accessible, which inevitably means that signs are going to be needed. Management teams at heritage buildings are often tempted to put fire extinguishers out of sight for fear that visitors might construe them to be an eyesore, but the best recommendation is to keep them visible at all times. If there is a determination to keep them hidden, signage must still be used to indicate their location.

The CFPA-E Guideline No 30:2013 F is a great handbook and guideline for managing fire safety in historical buildings.

Escape routes longer than those normally permitted are a frequent problem in historic properties. In these settings, avoiding unnecessary evacuations and helping to ensure efficient egress in an emergency scenario are important functions of the fire system.

In many situations, human intervention is crucial when it comes to avoiding false alarms. The remote paging systems used at London’s iconic Royal Albert Hall can alert staff as soon as an incident occurs, and often before, giving those personnel the chance to verify a signal and possibly cancel a false evacuation. The same paging systems can be used to communicate with remote staff and alert those with hearing difficulties to the fire alarm, even when they’re sleeping.

Some of today’s fire systems have sophisticated false alarm management programming built into them which can radically reduce unwanted alerts and evacuations. The AlarmCalm solution, for instance, works by allowing the configuration of automatic, pre-programmed verification methods and investigation delays. The system can also include an optional AlarmCalm button, which gives trained residents or occupants the means to confirm if a signal in their local area (eg their apartment) is false. It’s always worth bearing in mind that fail-safes are vital and absolutely must be part of the default system.

Historic structures will continue to present unique challenges for those tasked with protecting them from fire. However, ever-more sophisticated technologies are giving specifiers, those nominated as ‘responsible persons’ and end users alike increasingly effective ways in which to deal with those myriad challenges. Advancements in fire protection equipment are helping to ensure that, in the years to come, we will be much more able to protect our priceless cultural heritage.