STAFFORDSHIRE FIRE and Rescue Service was called to Elverra Pony Rescue on Swynnerton Road to reports of a serous fire. 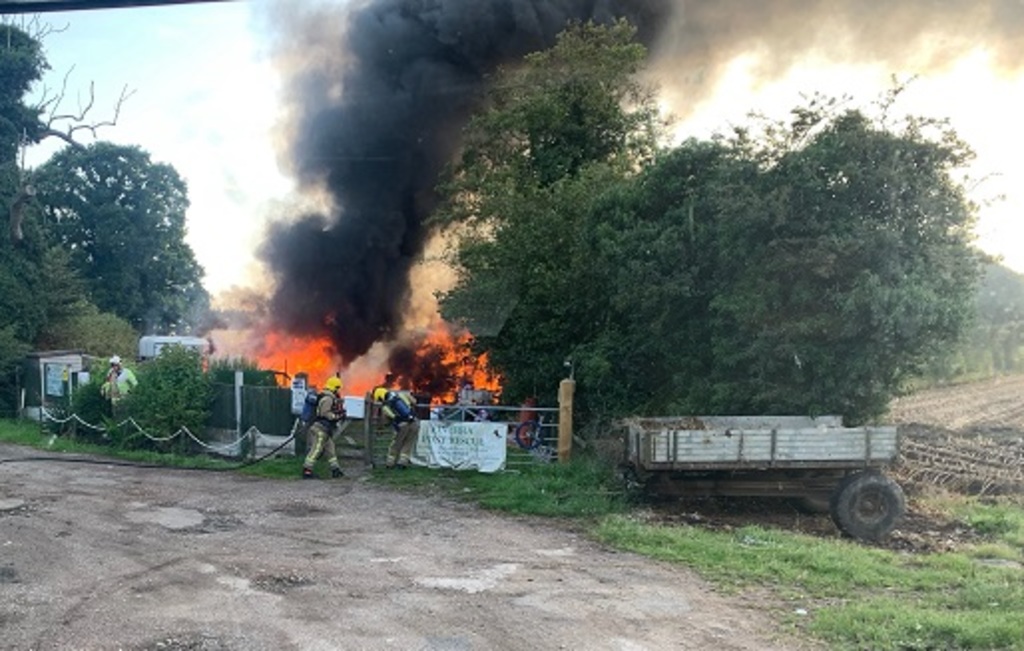 Crews from Stafford, Stone, Newcastle, Eccleshall and Penkridge attended along with the water carrier fro Cheadle. Firefighters split the area into sectors and used main jets and foam to tackle the fire which took several hours to extinguish. The crews lead two dogs to safety, a Dalmatian and Springer Spaniel, and managed to stop the fire from spreading the land occupied by 11 Ponies.

Explosions could be heard around the area but this was as a result of pressurised containers which burst due to the heat of the fire and are no cause for concern. Smoke could also be seen from some distance.

Fire investigation officer Paul Shaw said, “We found the fire was caused accidentally due to a faulty generator.

“The stables were well alight when the crews arrived and it would appear the blaze had been burning for some time. Fortunately the firefighters managed to prevent the fire spreading further towards the static caravan that the owners lived in. However the rest of the farm is totally destroyed.

“Thankfully no one was injured during this incident and all the animals were lead to safety quickly. It is however a massive loss to the owners who have lost the majority of their business. Our Business Support Team is on hand to help assist them going forward.”