WITH AN overarching sustainability agenda, the City of London Corporation is understandably keen to see an expansion in the use of electric vehicles. To support this objective, the organisation has begun fitting fast and rapid electric vehicle charging points within eight car parks located around the Square Mile. While welcoming this new technology, the Corporation has recognised the associated fire risks and, that being so, developed some of the first guidance in the UK designed to control them. 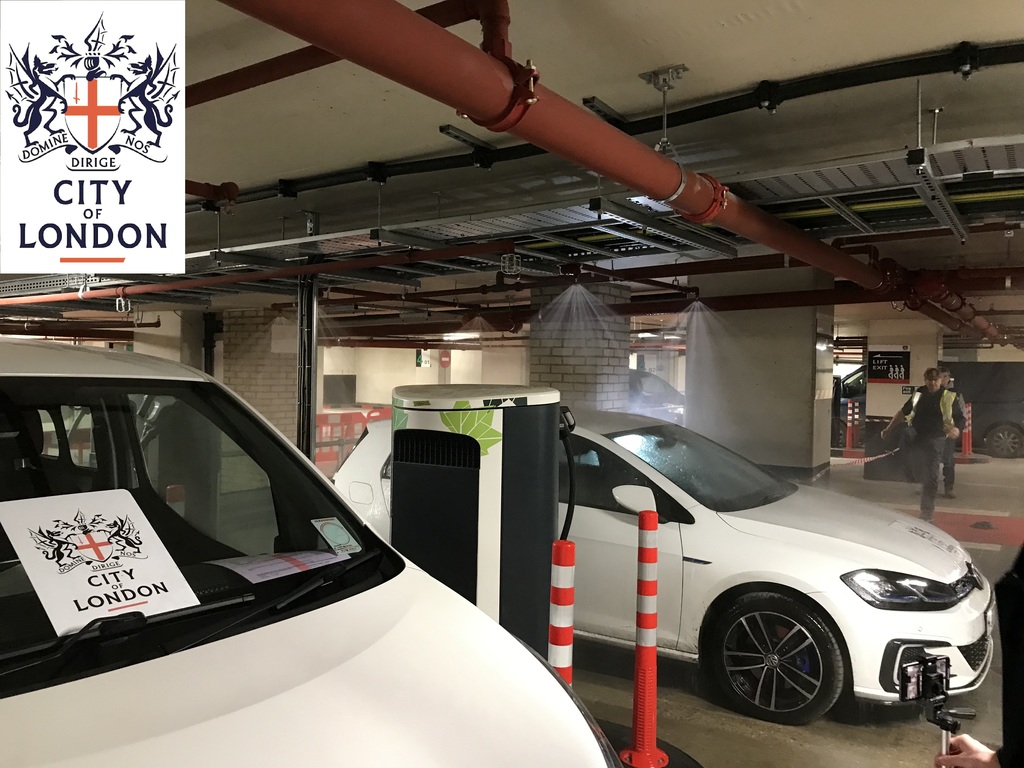 One key risk identified is the potential for fire spread between vehicles if faults occur and there’s a battery fire. It has been recognised that, in this situation, a flame jet is very likely to be projected from the side of the vehicle towards any neighbouring parked cars or vans. Although the risk and fuel loading are comparable with conventional vehicles, the decision taken by manufacturers to allow side venting of battery gases has the potential to create side flame discharge from batteries under vehicles.

In a bid to control this risk without the need for dividing walls, sprinkler engineers at JH Fire have worked alongside the City of London to devise a sprinkler system with the specific aim of reducing the spread of flame between vehicles. It’s the first system specifically for battery-powered vehicles to stop fire passing from one vehicle to another, thereby reducing the risk of potential problems associated with rapid charging zones.

The additional features of the multi-water jet suppression system now installed in the Corporation’s enclosed car parks mitigates the risk of any chain reaction developing from one parked vehicle to another.

Back in February, a test of the prototype system showed the system’s effectiveness and provided reassurances for future installations.

The Code of Practice covers the following areas:

Design of sprinklers: Are they suitably rated? Ventilation requirements. Can they be adequately designed? Structural integrity, the environment, sustainability, possible cyber crime and reaction of persons to a fire event

The City of London Corporation’s own guidance notes on installing fast, rapid and super charging points in enclosed structures has been developed in conjunction with the Greater London Authority, the London Fire Brigade, the City of London Police, the Office of Product Safety and Standards, Transport for London, Royal Sun Alliance, JH Fire and in-house experts.

*Copies are available by sending an e-mail to firesafety@cityoflondon.gov.uk